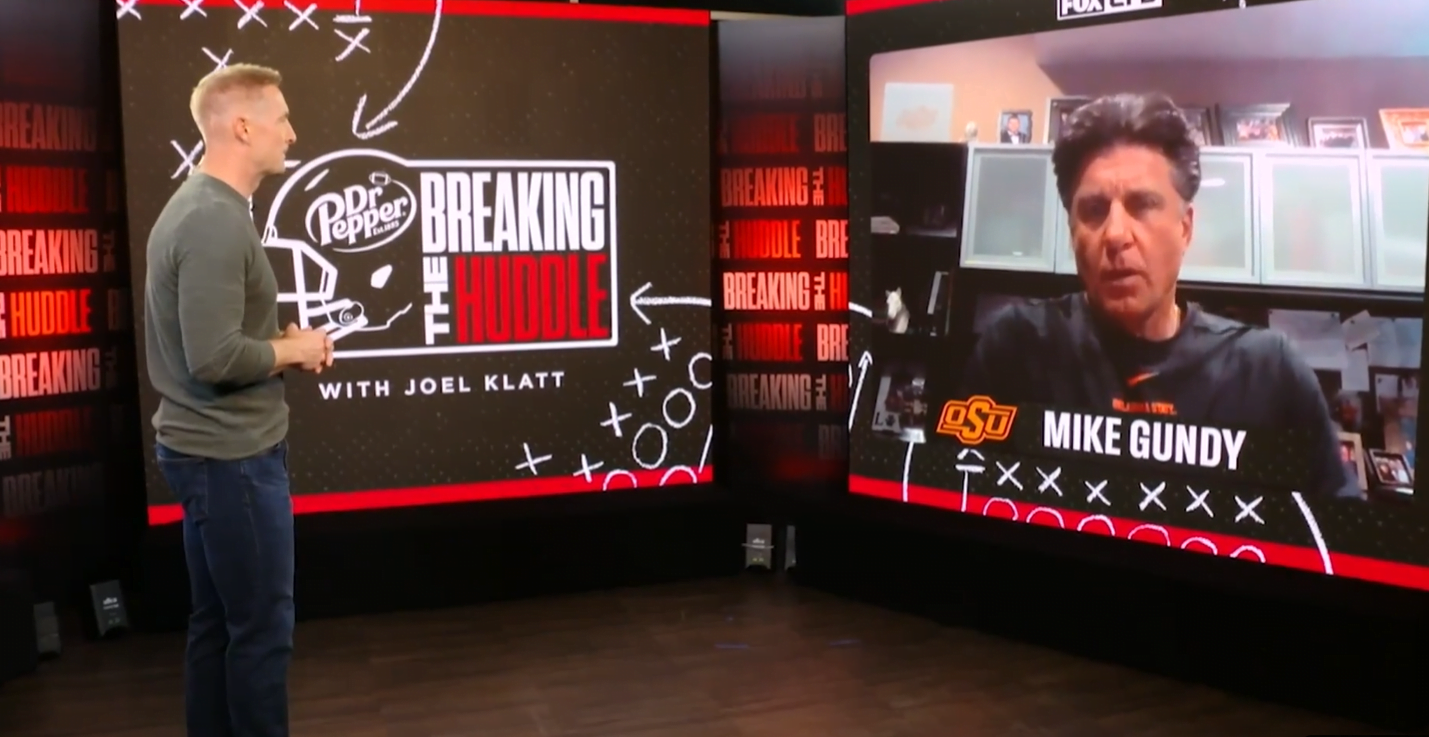 The man, the myth and the mullet himself, Mike Gundy, said the magic words every OSU fan has (probably) been dying to hear all season Wednesday in a media appearance with Joel Klatt.

“I’m looking forward to signing [Jim Knowles] to a long-term contract after this season and keeping him with us. He’s settled in here in Stillwater, really likes the community, and obviously the people here are really fond of him,” said Gundy. “[Jim] has been with us four years. We’ve made changes. Coach Knowles understands concepts, schemes, and he has been able to adapt. He’s changed concepts and schemes based on our personnel and the teams we play. He’s done a great job.”

Of course, Knowles will have to agree to the new deal — no guarantee given how hot his stock is right now — but Gundy did strike an optimistic tone talking about locking up his defensive coordinator.

Here are a few other highlights from his conversation with Klatt (which you can watch here.)