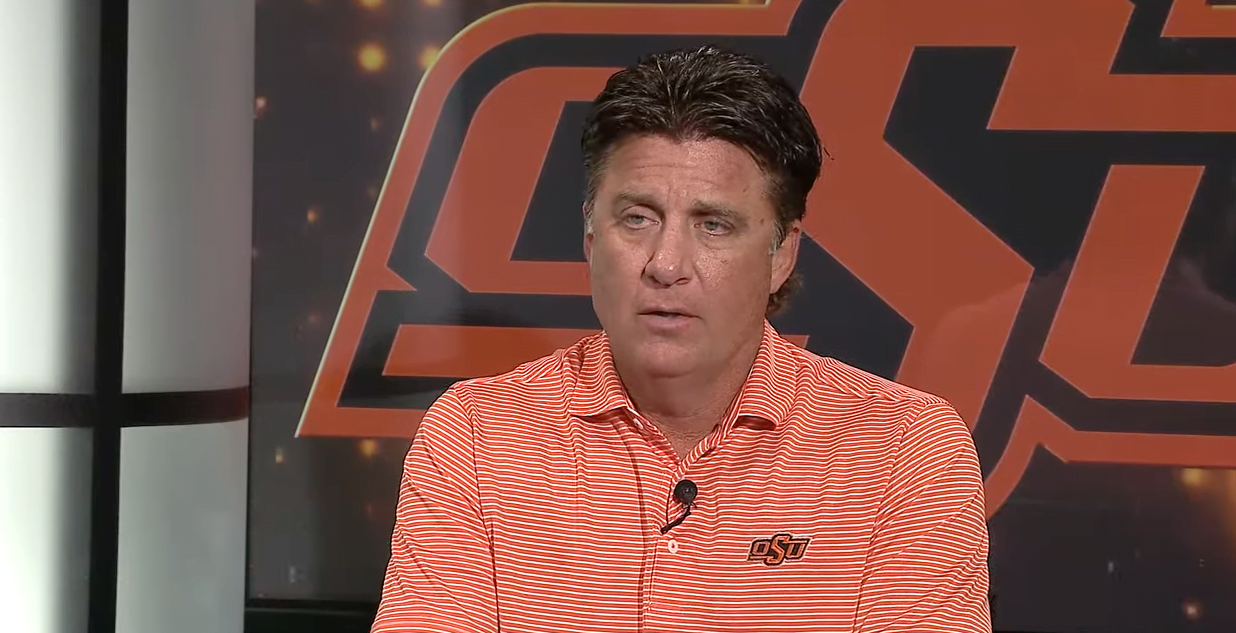 It’s bye week for Oklahoma State, and as such, Mike Gundy won’t address the media formally until Thursday.

But Gundy did make a lengthy public statement earlier this week as part of the OSU Roundup — a TV interview conducted by the great Dave Hunziker. He talked about prep for the the Kansas game, the Kansas game itself, and much more.

Here’s a rundown of what he said.

• “I thought we practiced really well during the week. I mentioned to the staff Friday morning that I felt it was the best week of preparation we’ve had in years. I felt like the players really focused, and we practiced well. I’m not sure why it was different than other weeks. But the week before, West Virginia week, I was really concerned. I didn’t think we practiced very well. I think simplicity is helping us. Coach Knowles has greatly reduced his package over the COVID concerns … and I think Coach Dunn, with our gameplan based on having a freshman at quarterback, has been reduced. And simplicity is genius.”

• Gundy says OSU’s schemes are so simple, it reduces the in-practice yelling. They’ve trimmed some fat on both ends of the field and made things easier for players and coaches.

• On the subject of conditioning, Gundy says this OSU team right now is not in as good a spot as this time last year.

“Conditioning has been an issue,” he says. “We’re not in the same condition that we were at this point last year, or even when we started the season last year. But we were better in the Kansas game. We improved a little bit. Hopefully this week’s practice, and before we play the next game, we can get near where we were over the last 15 years where we got into the fourth game of the year. Our defense is not playing more than 25 plays per game per person, so that helps a lot. We’re in a really good position right now.”

“We blocked better [against KU],” he said. “We didn’t block very good against Tulsa. We blocked average against West Virginia. We blocked good against Kansas. We haven’t played musical chairs in a couple weeks up front. Coach Dickey has done a fabulous job. Guys have bought in. But Chuba’s taking care of the ball. We talked about this. If he takes care of the football, he can run with anyone in the country.”

• On the subject of a bye week and how OSU is handling it, Gundy says they’ve game-planned options and formulated a plan on how to handle in conjunction with Coach Glass.

• Gundy says he is “shocked” he hasn’t gotten COVID yet, considering how much he’s around young people (his players).