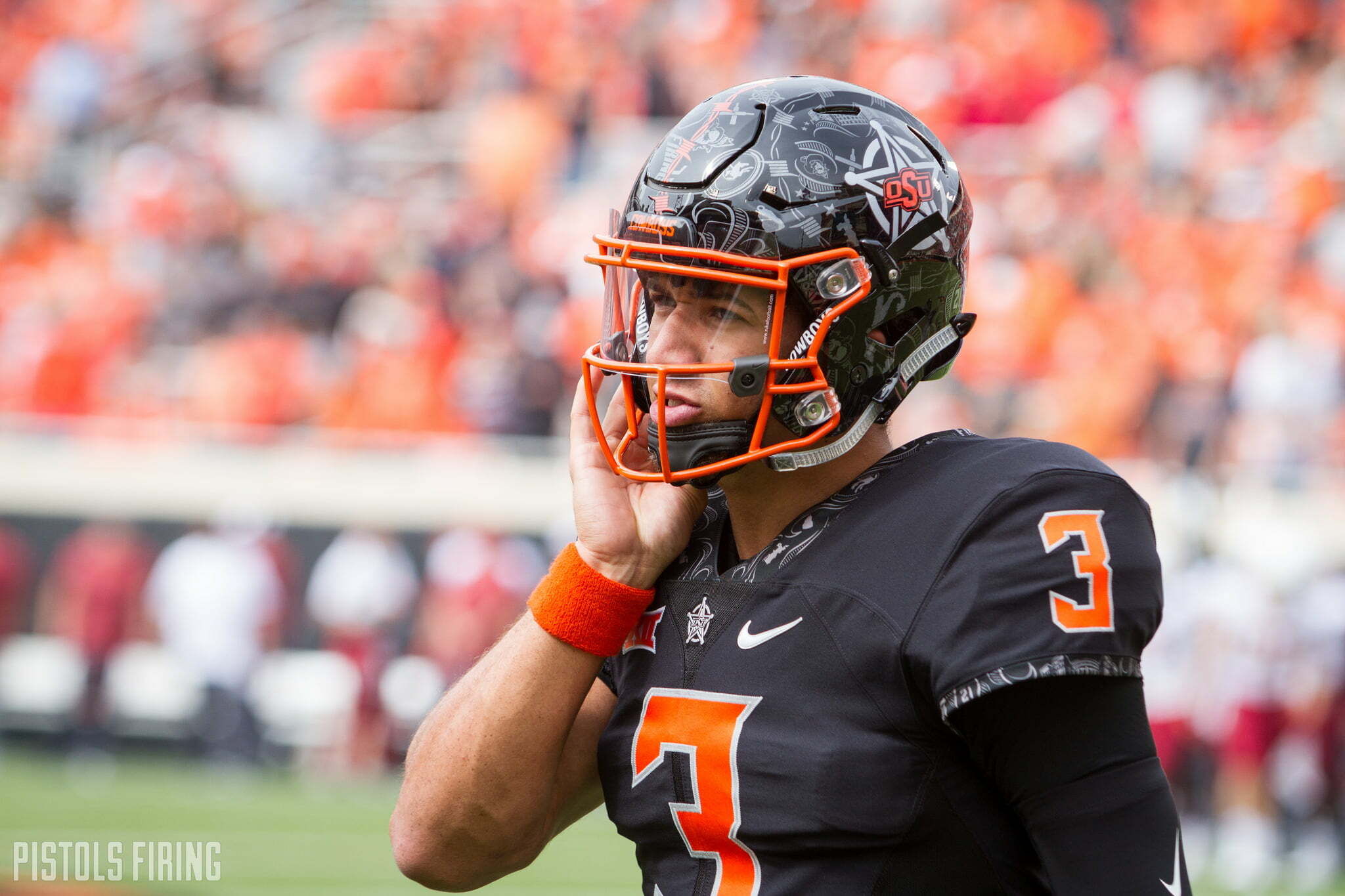 Iowa State’s Brock Purdy and Texas Tech’s Alan Bowman combined for 715 passing yards and seven total touchdowns against Oklahoma State in Boone Pickens Stadium this year, and the pair completed about 77 percent of their passes.

OSU coach Mike Gundy has a talented freshman quarterback of his own, but at his media luncheon Monday, Gundy said he would prefer to not trot out his rookie.

“I’m not a big fan of playing freshmen quarterbacks,” Gundy said. “I think they’re prone to injury. That scares me. Maybe I’m a little soft in that area, but I think when you’re young and you get out there and you play in this conference long enough, then there’s a good chance you’re going to get hurt.”

Gundy said he was worried for quarterback Taylor Cornelius’ health in OSU’s game against Iowa State on Saturday, where Cornelius was sacked seven times. Cornelius is quite a bit larger than Sanders. Cornelius is 6-foot-6, 232 pounds, whereas Sanders is listed at 6-2, 195.

“I was worried about Corndog in this game with all the hits he was taking and jumping on him from behind and things like that,” Gundy said. “It made me a little nervous just watching him, and he’s a full-grown man, 230 pounds. Little concerning.”

Sanders is doing well in practice, Gundy said, but as for now the plan is to redshirt Sanders this season barring any injuries.

Sanders was a more highly touted prospect than Bowman or Purdy. Here is a look at how the three stacked up to one another as prospects via 247Sports Composite rankings. Also note Sanders enrolled later than Purdy and much later than Bowman.

Gundy said Cornelius played “pretty good” against the Cyclones to start his news conference, but Gundy said it was hard for him to do much better with the offensive line play Cornelius had.

“The first few games of the year, I told you I thought he was very average,” Gundy said. “He’s gotten better every game. It’s extremely difficult to play the position he plays when you get sacked seven times and you run for your life another 16 times.

“He played a good game (against Iowa State), but I don’t think he had the capability of playing a really good game because he was on the run the entire game.”

Gundy compared Cornelius’ mobility to Zac Robinson’s and said if Cornelius, a redshirt senior, had another year, the experience from this season would go a long way.

“If he had another year, I think we’d really be bragging on him at this time next year,” Gundy said. “Just look at the history of the quarterbacks in this league and the improvement they’ve made in year one to year two. … Kansas State is famous for it. Their guys hang around forever, and all of a sudden, everybody wants to know how they got to be so good. It’s just through experience.”