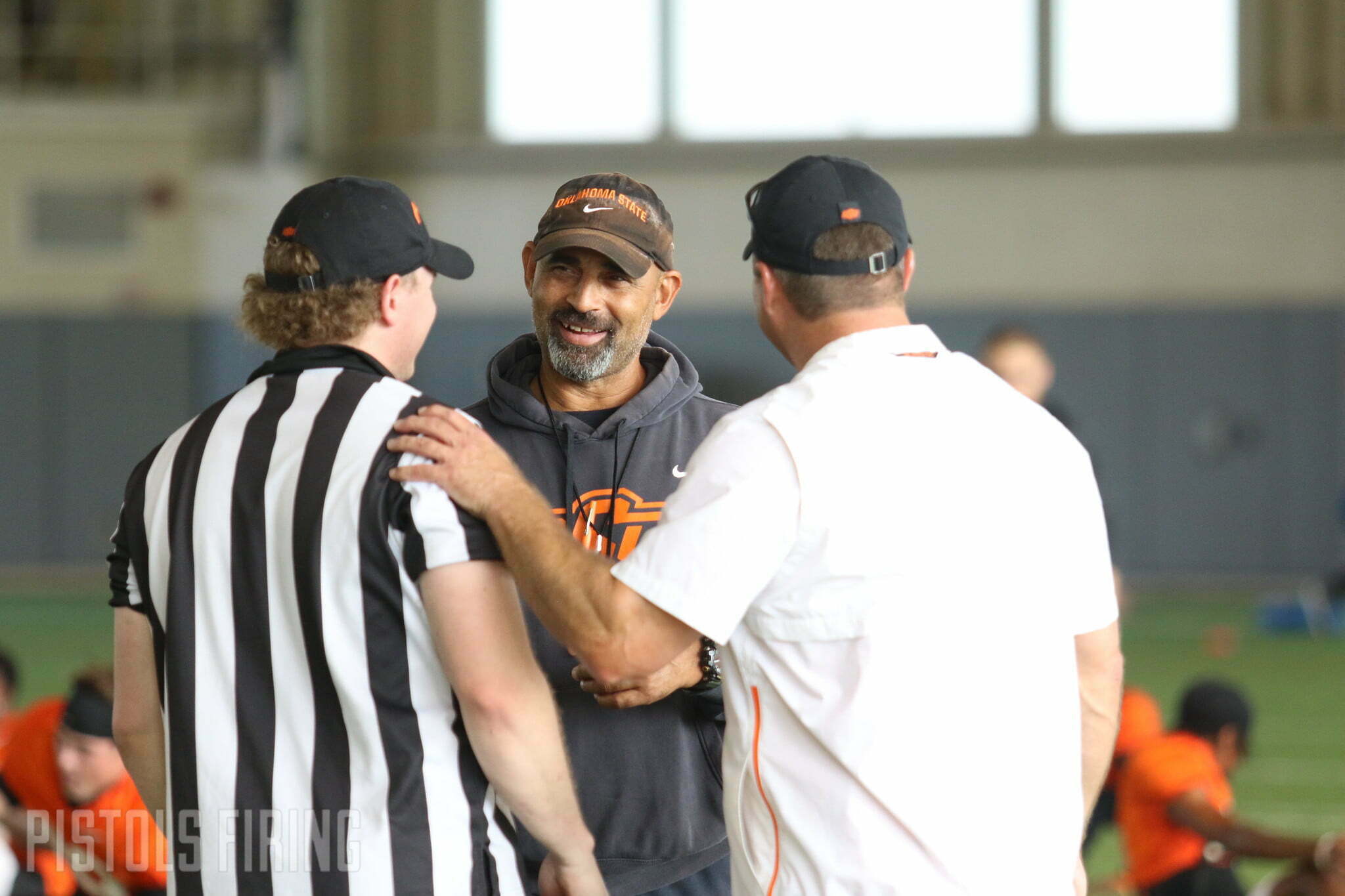 STILLWATER — With the consistent success Mike Gundy has built in Stillwater the past 18 years, he has had a hard time keeping assistants, and on Thursday, Gundy said another one of his protégés is ready to take the next step.

Gundy promoted Kasey Dunn to Oklahoma State’s offensive coordinator ahead of the 2020 season after Dunn had been on staff as the Cowboys’ wide receivers coach since 2011. In 2019, Dunn picked up an associate head coach title, so now Dunn’s position reads as long as the king of the seven kingdoms in Game of Thrones: offensive coordinator, associate head coach, receivers coach Kasey Dunn. Gundy said that Dunn is ready to shorten that title to head coach.

“Dunn is going to be a head coach, if he chooses to,” Gundy said Thursday. “Dunn eventually, I think, he’s ready to be a coordinator in the NFL. You’re seeing college coaches go in the NFL or coordinators, you know the (Kliff) Kingsburrys and those guys, and the NFL game is now running college plays. [Dunn is] probably ready to do that now if somebody chooses to — and he’s ready to be a head coach.”

Dunn’s coaching career started in 1993 as a volunteer assistant at Idaho, where he was an All-American wide receiver. He has made college stops at San Diego, Idaho, New Mexico, Washington State, TCU, Arizona, Baylor and Southern Miss before spending the past decade in Stillwater. He also coached at the NFL level as the Seattle Seahawks’ running backs coach in 2008 and 2009.

In his two seasons with Dunn as OC, OSU has averaged 421.5 yards of total offense and 30.7 points a game. The Cowboys averaged 469.1 yards and 37.4 points a game under Gundy before Dunn took over as offensive coordinator, but Dunn’s time as the Pokes’ play-caller has been quite the roller coaster.

In 2020, Dunn dealt with a pandemic that wiped out a lot of practice time, and in his first half as a play-caller, he lost multiple offensive linemen and his starting quarterback to injury. In 2021, OSU relied heavily on its stout defense, and Dunn was tasked more with managing the game. But the Cowboys were able to turn it on in the Fiesta Bowl to erase Notre Dame’s 21-point lead.

From a recruiting and leadership aspect, Dunn seems to be there. Whether it’s hitting on four-star recruits like Tylan Wallace or showing outstanding evaluation skills for guys like James Washington, Brennan Presley, Jaden Bray or many others, Dunn has an eye for talent and development.

And he seems well liked by his players. When he was being asked about the possibility of becoming a head coach after OSU’s Thursday practice, he couldn’t get through his answer as his players walked by jokingly hollering at him.

“I haven’t thought about it,” Dunn said. ” I really have not thought about it. Do I want to be a head coach some day? Sure. I think just about everybody that gets into the profession dreams of themselves being able to get to the next level in the profession and be the head coach and essentially call it for the team, so sure. But that’s always a goal and an aspiration.”