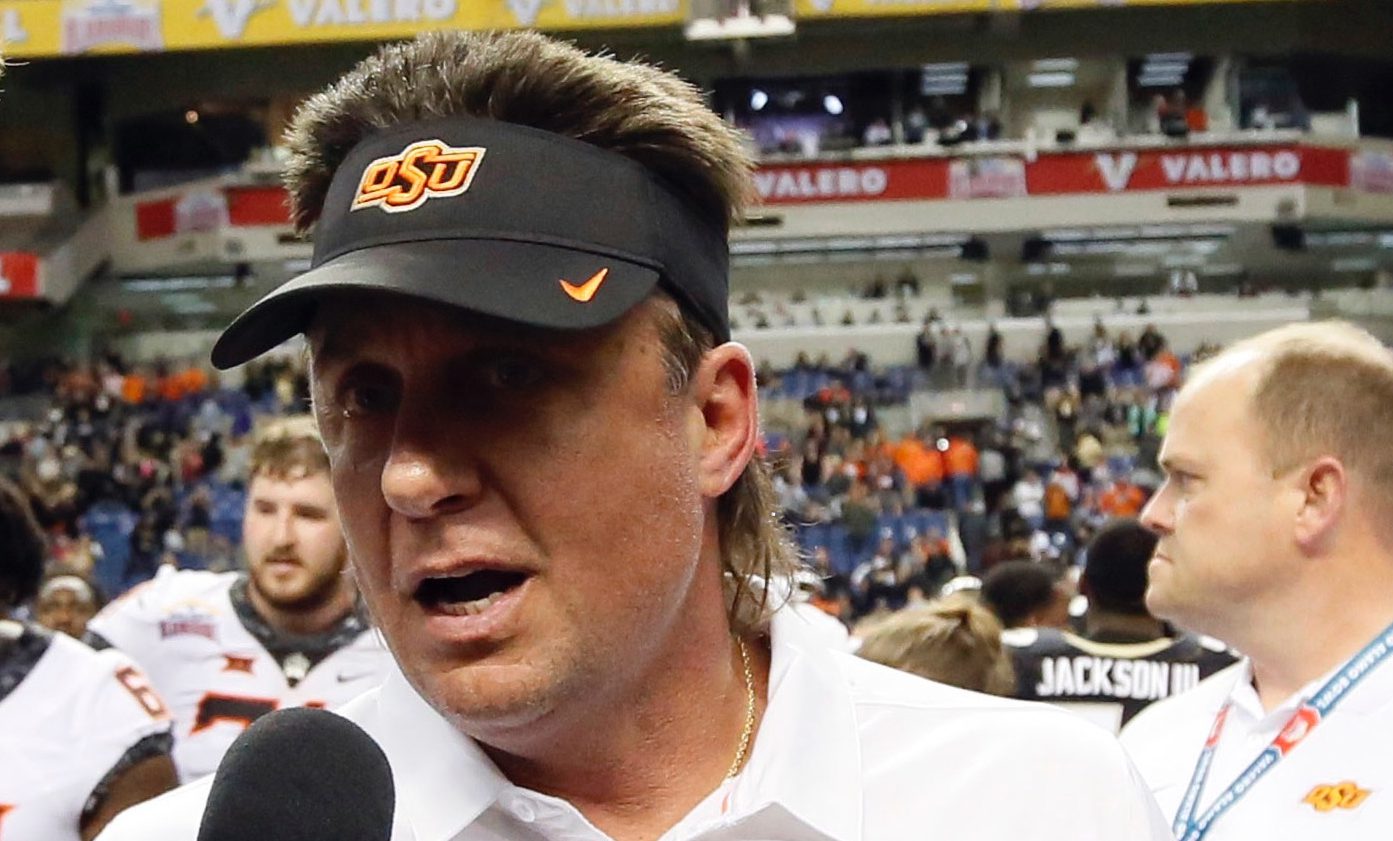 Mike Gundy sat down with a few members of the media on Tuesday to talk about his new hires, RB coach John Wozniak and OL coach Josh Henson. Gundy explained to the media that he only wants to hire coaches from here on out that he has worked with before.

Then he explained why he fired Greg Adkins and brought in Henson. Here is Mark Cooper of the Tulsa World with the explanation:

“We had improved, but I just didn’t feel like we had improved enough in the running game blocking-wise to where we should have been after a guy had been here two years,” Gundy told the Tulsa World. “And then unfortunately, we ended up not signing any high school kids (on the offensive line).

I’m sure the term “football means a lot to him” was bandied about during negotiations as well. And speaking of negotiations, Kyle Fredrickson noted that we’re getting close to the first $4ish million/year contract signed by a man with a mullet.

You should go read the full report on today’s discussion with Gundy. It’s a good one — he delves into philosophical topics and says his kids think he spends too much time at his desk (the only thing Gundy and I have in common).

You should also set your DVR for tonight.