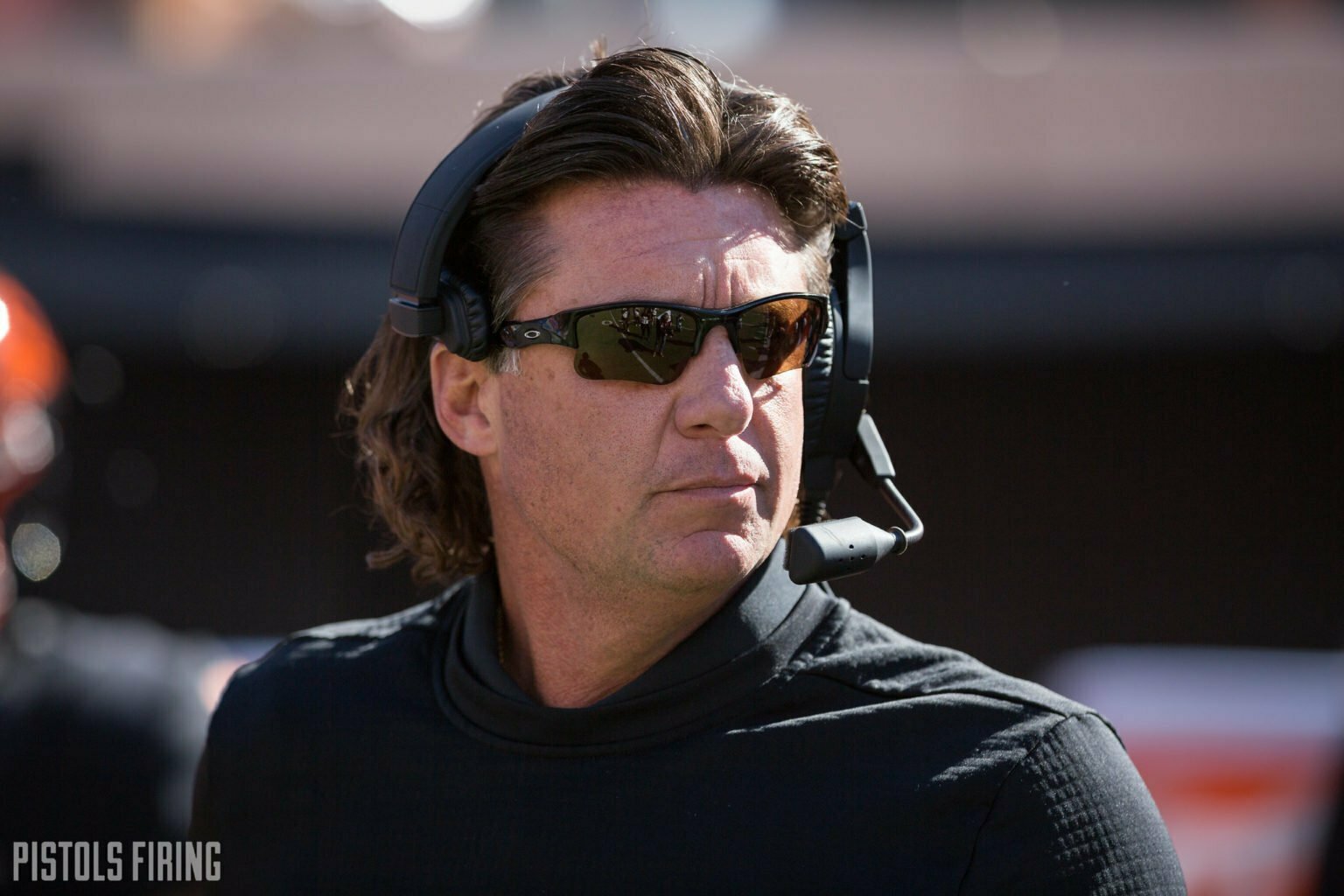 Mike Gundy made an appearance Tuesday on the Orange Power Podcast with Dave Hunziker to talk extensively about the upcoming bye week, the Baylor win, how he’s approaching the next two weeks with his staff and more. Highlights of that conversation are below. You can find what he had to say at his weekly press availability from earlier in the day right here from Marshall.

• “We want the players and coaches to rehabilitate, catch up on their rest mentally and physically. After the Baylor game we brought the team over at 4:00 on Sunday afternoon and watched the video and gave our player of the game awards away. We took them over and jogged them in the indoor, did a few corrections for about 15 minutes then we let them go.”

• “We gave the players off Monday, practice Tuesday, practice Wednesday, and then let them have off Thursday, Friday, Saturday, we bring them back Sunday evening. . . We will come back Sunday night and get a little more practice in before going into game week.”

• “Jaden Nixon is a true freshman [running back] that’s been getting a considerable number of snaps in practice. Hopefully we can get Dezmon Jackson back. I thought he’d be ready last week and I was wrong. With LD being out, we have the two backs now who are getting extensive work and taking quite a few hits. This gives us a chance to get Jaden Nixon quality work the next two weeks.”

• On Jayden Jernigan, who did not play last season after dealing with long-term effects from COVID: “I was getting concerned at the latter part of last season whether he was ever going to play again. His body was not as strong as what it was, he was losing weight, he wasn’t in the flow, his doctors, for the right reasons, weren’t letting him do much. He’s really improved in his pass rush skills. He’s understanding now what his strengths are — his quickness. He’s using his quickness and ability to move side to side. . . He’s had a turnaround. He’s doing a really good job, playing a big role in the success of the defense.”

• On Christian Holmes being targeted five times in two Big 12 games: “It’s interesting. We felt like we would be attacked evenly on both sides. It hasn’t been that. Christian is in much better condition than he was last year. He feels much different, more comfortable, feels like he can be aggressive, and he’s playing better for those reasons.”

• “[Spencer Sanders] is in good physical condition now. The bye week will help him. We didn’t protect very well [against Baylor]. It was poor. He forced himself throwing off his back foot multiple times. Even the ones they didn’t catch were two feet above his target.”

• “Special teams has played a big role moreso than usual in games we’ve played this year. The reason for that is because, overall, this conference is playing better defense. There’s considerable fewer points being scored in the games so special teams plays are showing up more in the win/loss column in 10 years in this league.”