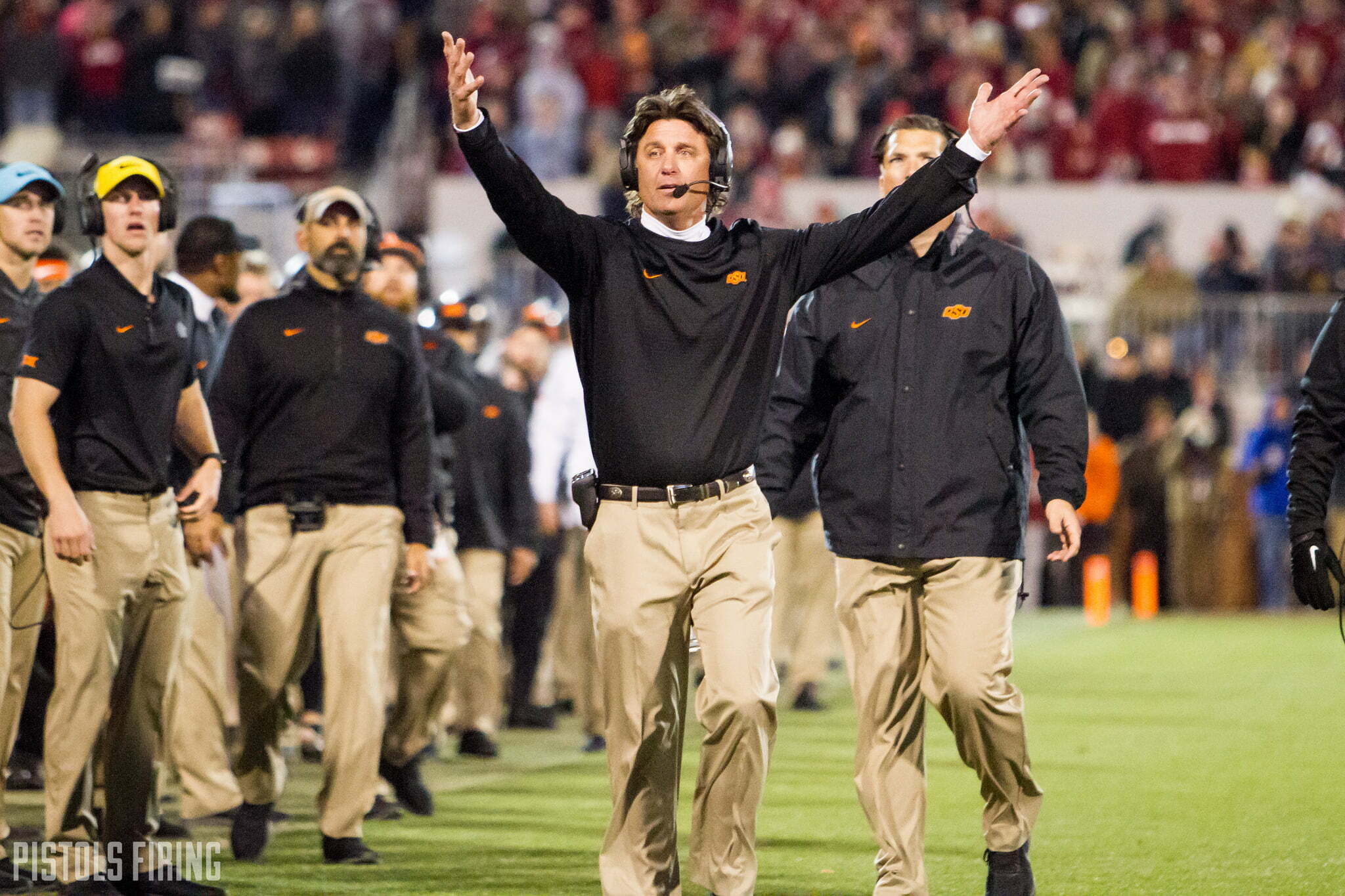 After a season of speculating whether or not Justice Hill would leave Oklahoma State after his junior year, it’s finally the time when decisions will be made.

Unfortunately during the Liberty Bowl teleconference Sunday night, Mike Gundy didn’t give a definitive answer on whether Hill would play in the Cowboys’ bowl game against Missouri.

Hill left the Oklahoma game Nov. 11 with a rib injury, and he hasn’t returned to action since. Hill, a junior, has run for 3,539 yards and 30 touchdowns in his OSU career. There are two reasons Hill could sit out, whether that be his rib injury or him preserving himself for his NFL future.

“I haven’t seen those guys,” Gundy said. “Everybody’s gonna start coming back in tomorrow. We had a break. I’m sure we’ll get all that information (Monday).”

Gundy and players will meet with the media Tuesday.

Something Gundy did seem certain about was him liking the Liberty Bowl’s Dec. 31 date. Gundy said the later date essentially gives OSU an extra spring ball where younger players can rep, and Missouri prep can be sprinkled in. He said the last six to eight days would be spent would be normal game prep, which is double the time team’s have in a normal game week.

“It really worked out well for us to play a game a little bit later, so we can get some really quality work in,” Gundy said. “… I don’t think it could’ve turned out better for our team and the situation that we’re in right now. We really need the quality work.”

During the team’s recent break, Gundy said he has spent his time planning bowl practices and recruiting, and the assistant coaches have also been out recruiting. Gundy said a lot of the coaches got back to Stillwater on Sunday.

Despite being one of the older bowls, OSU hasn’t ever been in the Liberty Bowl. On the agenda for the players will be attending a Grizzlies’ game, they’ll get a Bass Pro Shops shopping spree and attend a rodeo.

Gundy said he has spent a lot of time in Memphis, as his children often play baseball nearby. Gundy’s brother-in-law (former OSU baseball player Jimmy Long) also played for the Memphis Chicks, a minor league team that has since moved cities.

“It’s a bowl that I watched for many years, growing up,” Gundy said. “So we’re really looking forward to spending a week in Memphis and playing against opponent in Missouri.”