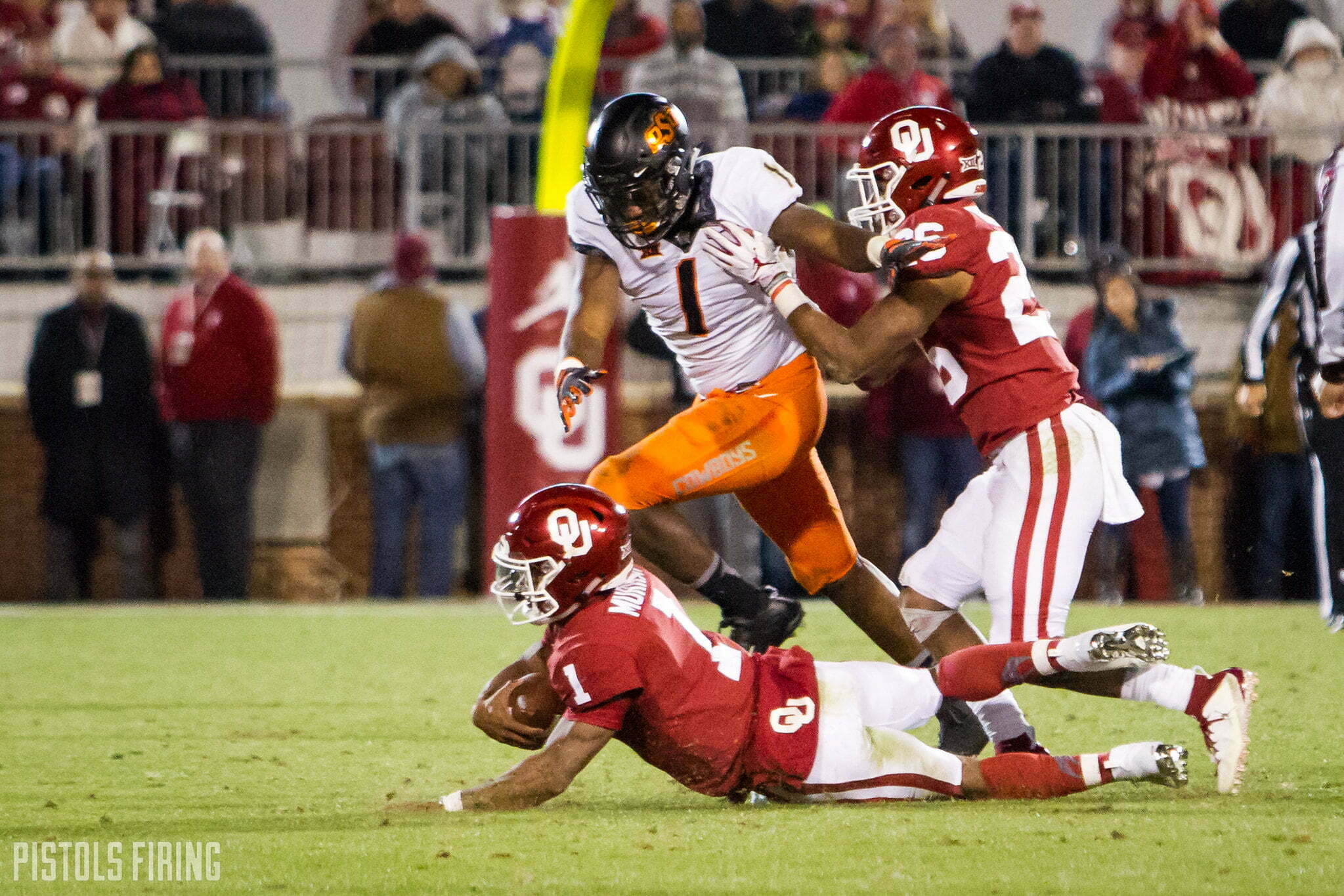 STILLWATER — Two Cowboy defenders’ statuses look as if they are still in the air entering Week 3, but it looks like a third won’t get added to that list.

Oklahoma State coach Mike Gundy has said for a while now that Calvin Bundage’s back injury is a week-by-week thing, but Gundy didn’t sound all too decisive as to whether Bundage will take the field against the Golden Hurricane this weekend.

“Guys, I don’t know,” Gundy said Monday. “Every week we check. It’s a back, so it’s hard to tell. You either feel good or you don’t. When you get a little older, you’ll understand that, when you deal with a back. We just kinda test him out each week, and if we think that he’s to a point where he can compete in practice, then we start to get him ready to play in a game.”

The Cowboys’ starting linebackers have fared well in Bundage’s absence to this point, even if it was against lesser competition. Malcolm Rodriguez and Amen Ogbongbemiga are No. 1 and No. 2 on the team in total tackles, with Rodriguez up to 20 on the year and Ogbongbemiga having 17. Ogbongbemiga also leads the Cowboys in sacks with two.

Colorado transfer Israel Antwine has also missed the first two games for what have been described as personal reasons to this point. On Monday, Gundy shed a little more light on the subject, calling it an administrative hold up.

“He’s hanging over G, just not quite on O,” Gundy said. “It’s just a technicality. I wish I could expedite the process, but essentially it’s administrative issues that are out of our hands. I don’t have any information. If I did, I’d give ya.”

Antwine was expected to be a key contributor to an inexperienced defensive front this season. At Colorado as a true freshman last year, Antwine started 11 of the Buffaloes’ 12 games. He had 15 total tackles, 1.5 tackles for loss and 0.5 sacks.

It looked as if Antwine’s absence could be felt even stronger when starting defensive tackle Brendon Evers left with an injury against McNeese, but Gundy seemed fairly dismissive of Evers’ injury Monday.

“I think he’s going to be fine,” Gundy said. “I’ll find all that out tomorrow.”

Evers had four total tackles through his first two games.