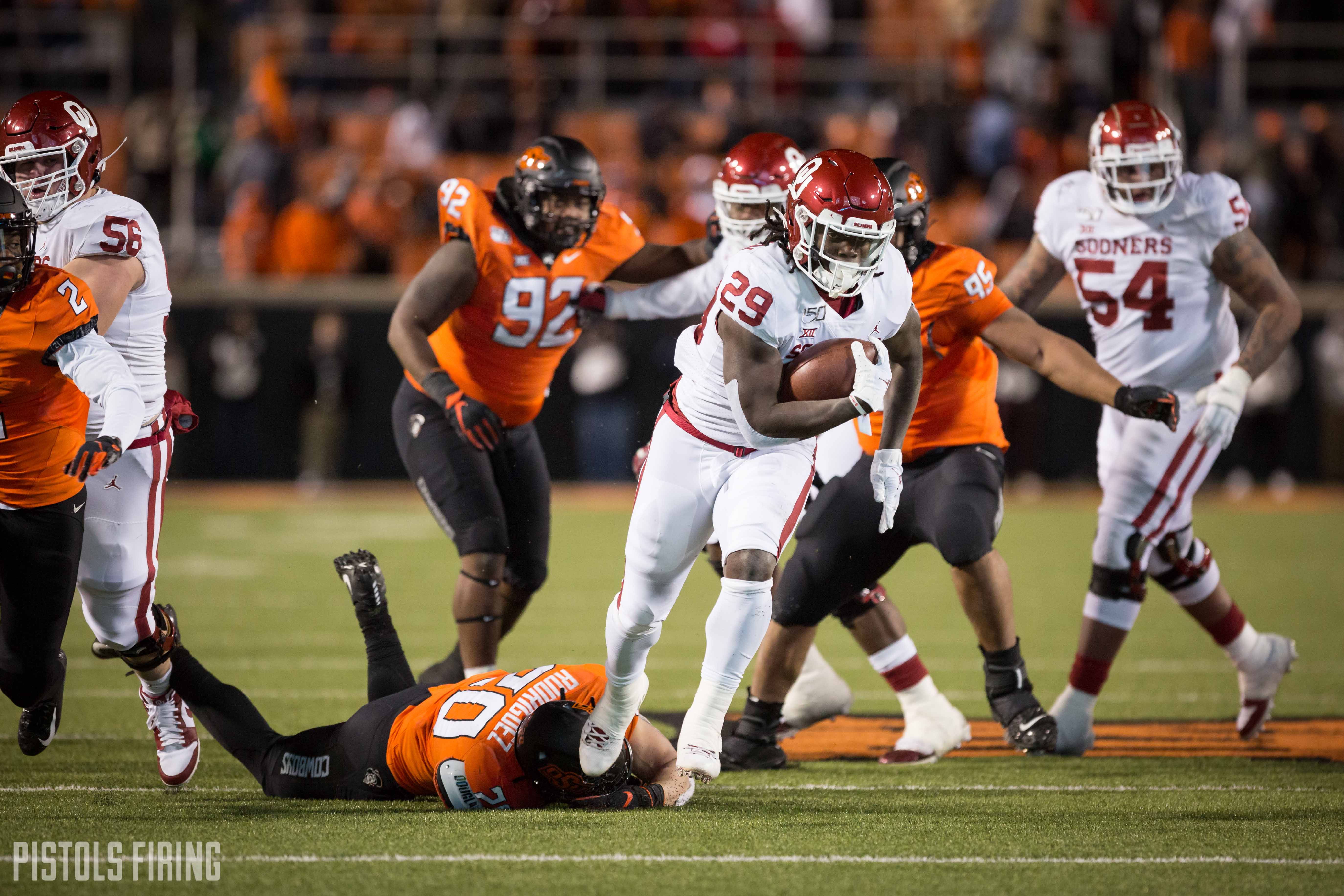 Oklahoma State has had 11 football coaches since 1950, and Mike Gundy’s 2-13 Bedlam record puts him smack in the middle of that group in winning percentage against Oklahoma.

The Cowboys lost to the Sooners 34-16 on Saturday night in Boone Pickens Stadium, dropping OSU to a woeful 11-58-1 against OU since 1950. Only Bob Simmons has coached OSU to more than a pair of Bedlam wins during that time.

* Oklahoma won the 1972 Bedlam game 38-15 but later forfeited the contest, according to the media guide.

Gundy’s 15 Bedlam games are the most any OSU coach has ever coached in, dating to the rivalry’s start in 1904.

Simmons and Pappy Waldorf (1929-1933) are tied for the most wins against Oklahoma as an OSU coach with three each, which means no OSU coach has more Bedlam wins than Lincoln Riley.

Gundy’s struggles in the rivalry are well-documented, but everyone has struggled against the Sooners since Gundy started his head coaching career in 2005. Since ’05, Oklahoma is 158-41. They’re better than they’ve ever been.

Is Gundy’s record against OU poor, yes, but not many programs boast impressive records against the Sooners in the past 15 years. This is all just under a microscope because Gundy has to share a state with the crimson and cream.

Here are how the 15 Gundy Bedlams have gone.