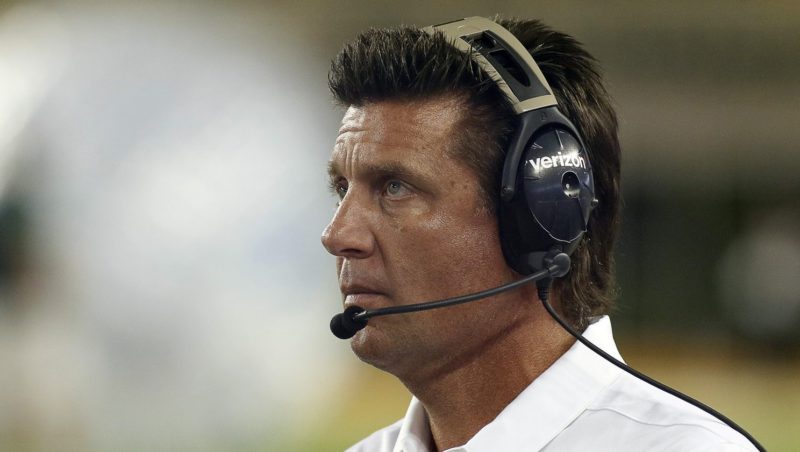 That was eleven years ago after Mike Gundy’s team fell 42-14 during his first trip to Norman as a head coach.

The Cowboys, who ended 4-7 that season, were not expected to win the 100th Bedlam matchup. They did keep it somewhat interesting scoring late to make it a 14-point game in the fourth quarter. The Sooners would score two late touchdowns including Adrian Peterson’s second 70-plus yard touchdown of the day to complete the blowout.

There will be plenty of other opportunities. It’s only year one.

Over a decade later Mike Gundy’s Cowboys have taken advantage of a lot of those opportunities. There have been many more wins. 99 and counting to be exact.

Mike Gundy now looks forward to his eleventh-straight bowl appearance. That first season was the only one he missed out on the post-season.

Eight OSU head coaches have taken their teams bowling and this year makes the schools 27th ever. Gundy’s gone 6-4 so far in those bowl games. That’s twice as many bowl wins as No. 2 on the list, his head coach Pat Jones (3).

But what of those opportunities against “big brother”? He’s won two in twelve tries. One was almost a gimme in 2011. The Cowboys were, by far, the better team. The other was two years ago when his arch rival, Bob Stoops gifted him an errant re-punt and Tyreek Hill dropped a win in his lap.

It’s the most lopsided rivalry in college football and with all everything Mike Gundy has done for this alma mater he’s done nothing to change that.

Saturday afternoon in Norman, Gundy’s latest Bedlam post-game press conference started off in a similar manner to his first.