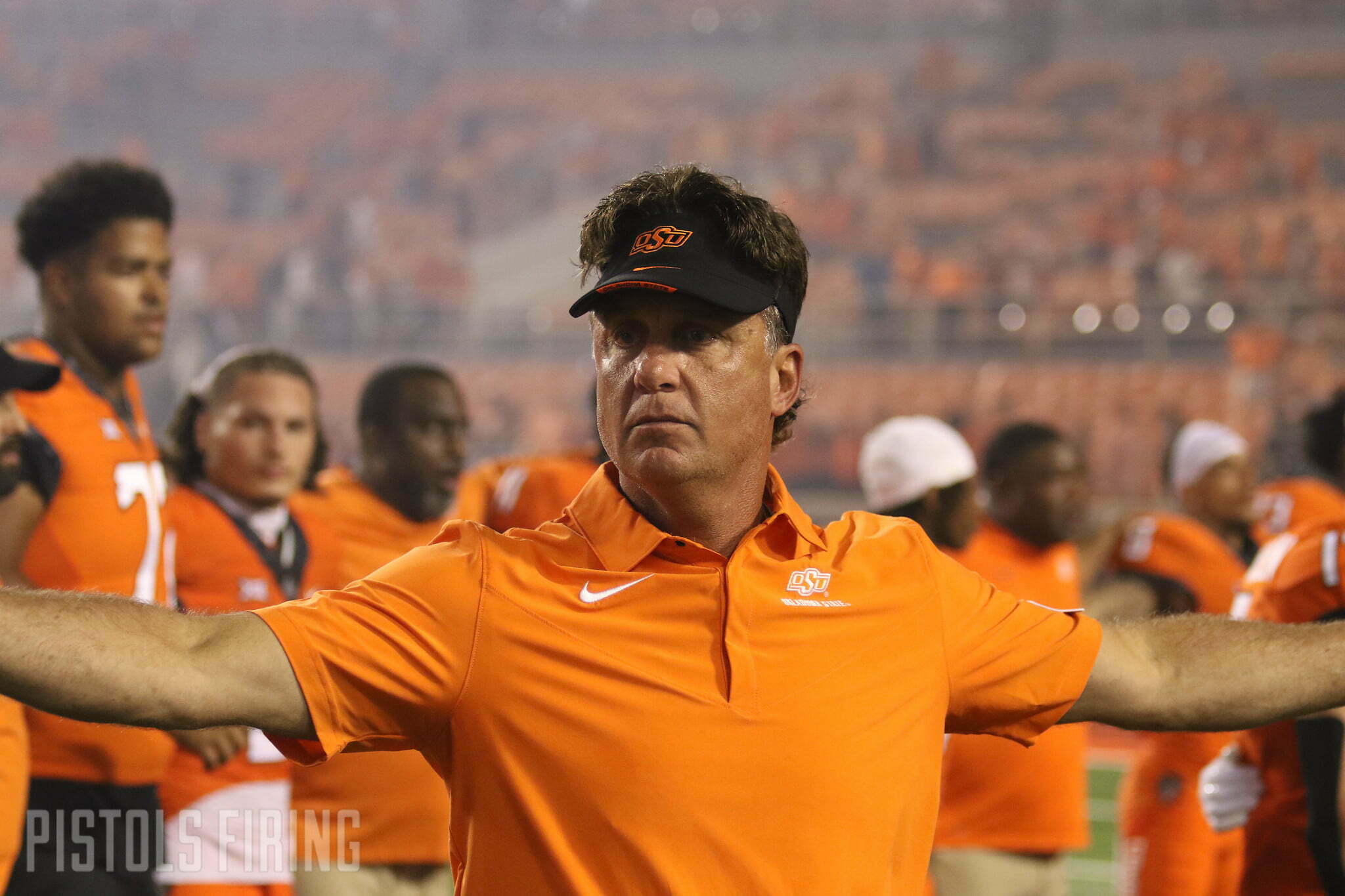 The College Football Playoff Board of Managers voted to expand the Final Four to a 12-team playoff by at least 2026, maybe earlier.

Based on the new model — which awards spots to six conference champions and the six otherwise highest-rated teams — Oklahoma State’s 2021 team would have gotten in, ranked at No. 9. But that doesn’t mean Mike Gundy’s on-board with the change.

During his pre-Arizona State media luncheon, OSU’s head coach was asked about the expanded model, and his thoughts might surprise you.

Gundy pointed to what is, in his mind, the actual motivation for expanding the playoff to 12 teams — dollar signs.

He’s right. But the massive machine we call College Football has been fueled on greenbacks for quite some time, especially over the last few decades in which TV deals have become exorbitant and head coaching salaries, like Gundy’s, have ballooned. But aside from the monetary benefit, Gundy’s stance centers on the crux of competition and how an expanded postseason spectacle might affect preseason games.

In his mind, college football ain’t broke, so why tinker?

“But my point being is the reason college football is a hot commodity and it’s a great stock right now is because every game matters in college football,” said Gundy. “That’s why people watch it. We make money by people watching television. We all know that. There’s a risk-reward in everything we do. I’m not going to be involved in any of the decision-making process, so it doesn’t really matter to me. But the point being is this is that you have to be a little careful that you don’t change it to where people aren’t as interested in watching the game because they know, ‘Well, there’s 12 teams that can get in,’ so if these two teams play and this team loses, they can still get in later on during the year. That’s not the case right now, so that’s why everybody watches every game.”

Gundy worries that a college football could suffer a watering-down like in basketball and baseball. There are many more games. Early, and sometimes several, losses don’t preclude a team from winning the whole thing. I get it.

“Same thing in baseball. And I love those sports,” he added. “You can lose 15 games and still be a national champion in baseball, so I don’t need to watch until regionals. I’d be careful about that in football, in my opinion.”

I also understand Gundy’s point on nonconference scheduling. The implementation of the playoff has made schools — of which OSU is a great example — beef up their noncon slates to avoid getting left behind should they be fortunate to find themselves standing in line for a seat at the table come December.

And less FCS schools mean more Arizona States and Oregon States. Those matchups might not draw the ESPN GameDay crew to Stillwater, but they make for a better product for fans and better quality overall.

But, I think the bang for your buck, in fan experience, dineros, etc., of having each conference represented and fans getting to see the best teams compete for a shot at the whole thing, far outweighs the dropoff between a home-and-away with Pitt and back-to-back season-openers against Central Arkansas.

Also, it’s potentially two more games. The thought of that watering down any given team’s slate discounts the unhealthy amount of optimism most college football fanbases are fueled on through the month of September and ignores the shot in the arm they would gain from having that much more to play for in November.

Gundy leans back on the big-picture, which I can get with. Will this change make any actual difference in the outcome? Unlike him, I think it could.

“… If you just went back and looked at the end-of-the-season rankings prior to the bowl games over the last 10 years, eight years, is there really 12 teams that you say, hey, they can legitimately win the national championship,” said Gundy. “If not, then we shouldn’t really have them playing for it. I’m not saying they didn’t have a great year. But why are they in that mix when we don’t really know if that could happen. So that’s all I’m saying. That’s just my opinion, based on where it’s at.”

As stated above, the 2021 Cowboys would have made it and faced 8-seeded Ole Miss for a chance to go toe-to-toe with Alabama, which lost to Georgia in the title game. But had this model been in place, Georgia would have had a much tougher road to get there. The Bulldogs would have had to beat 12th-ranked Pitt and then beat No. 4 Baylor before even stepping on the field with Bama.

Football is a game of inches and emotion, and key differences like additional games played — which contribute to fatigue and injuries — could have a huge impact on any of those outcomes. Expanding the playoff only widens that exposure and allows for more crazy. And as one who would like to see teams get to settle it on the field, sign me up.