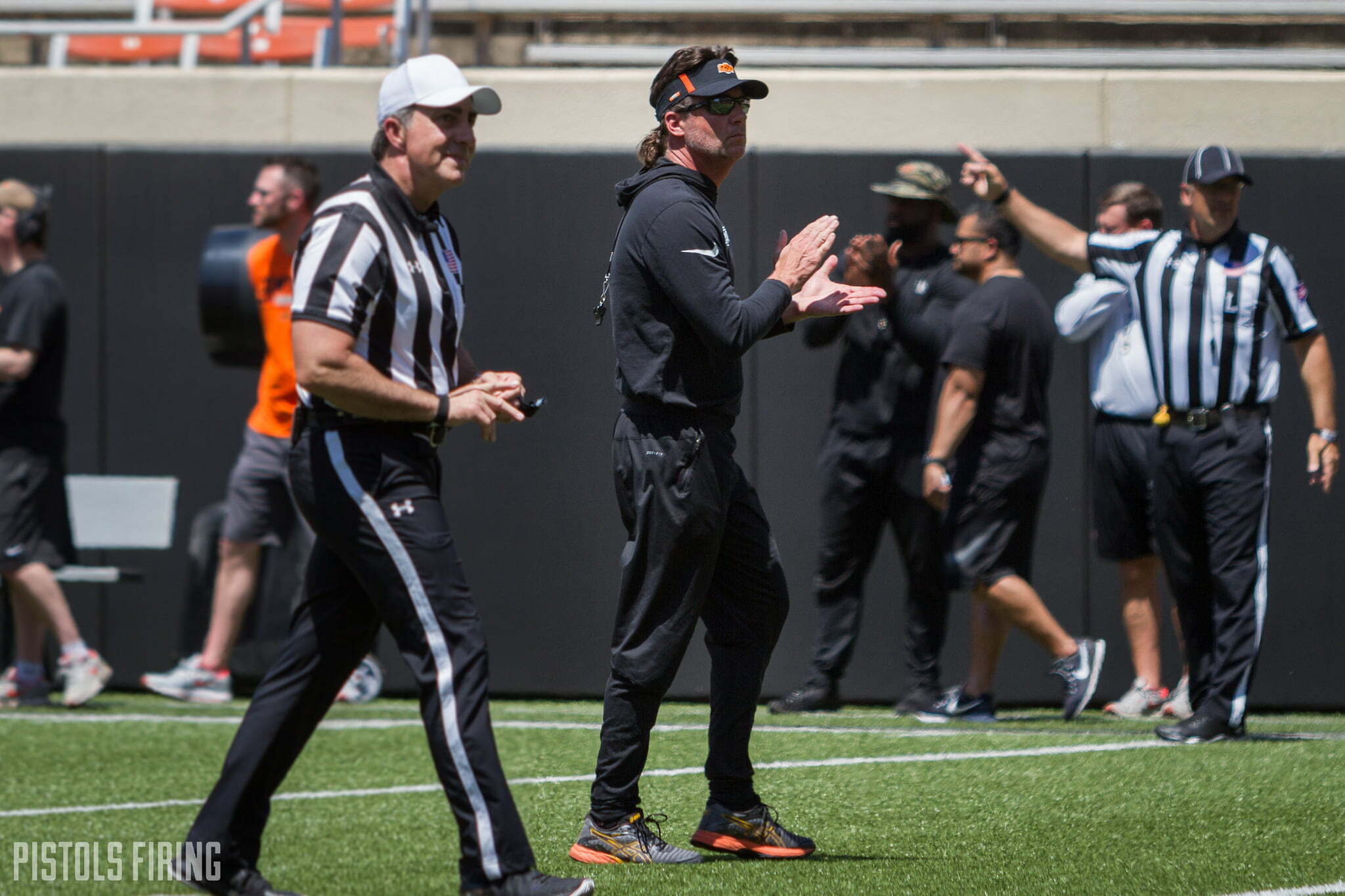 Mike Gundy has made himself a recognizable name — and maybe even a national #brand — built off his butch-waxed mullet that has been in full form ever since a now-infamous game of chicken with his son.

As the 2018 season fast approaches though, it appears he’s taking a new approach with a fresh look that includes a significant trim to the mullet.

Here’s a look at Gundy and the flow from Big 12 media days. 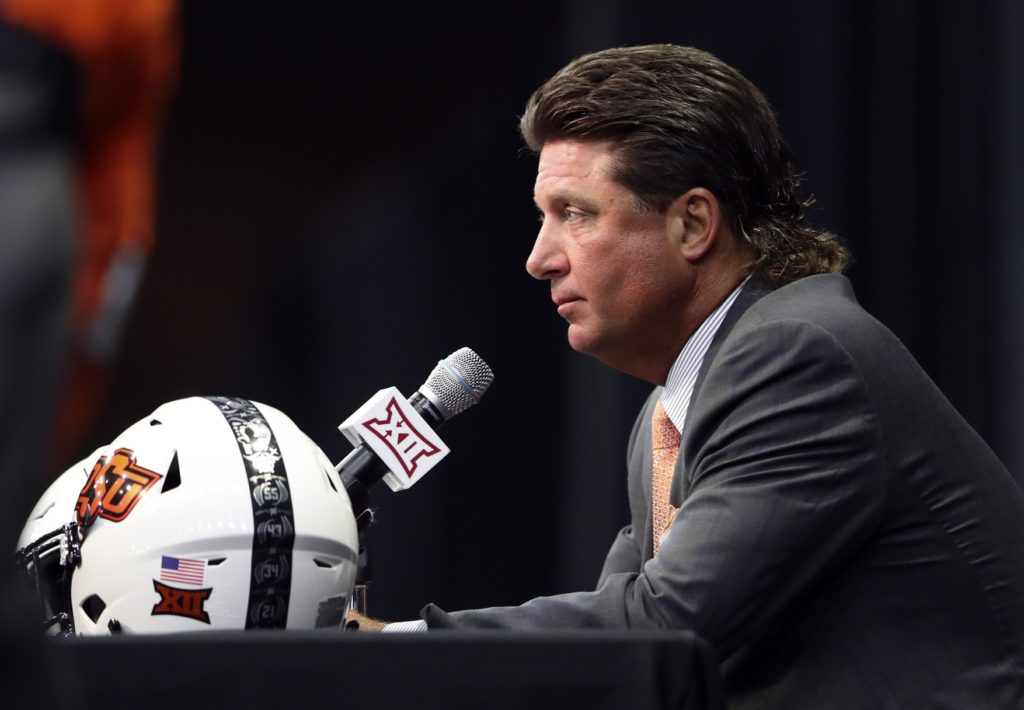 And here’s an updated look at the locks from over the weekend as he gave a practice update with Allison Gappa. Naturally, people lost their collective minds. And by people — I mean Twitter.

ATROCITY: Mike Gundy no longer has a mullet! pic.twitter.com/IwsVbfCLVC

Now that Mike Gundy has gotten rid of the mullet I think it’s fair to ask: IS MIKE GUNDY ON THE HOT SEAT?

When the national media covers a haircut, you know you were doing something right. From a brand perspective, tough to see Gundy lose his ™️ + visual differentiator.

No matter your thoughts on the new-look, I think it’s important to note it’s not gone. It’s just a fresh cut. There’s still plenty of mullet there, it’s just in preseason form for the time being. Cut the man some slack!

Let’s just hope this bold move that comes two weeks ahead of the season doesn’t have a Samson effect on the team’s performance in the early going of 2018.