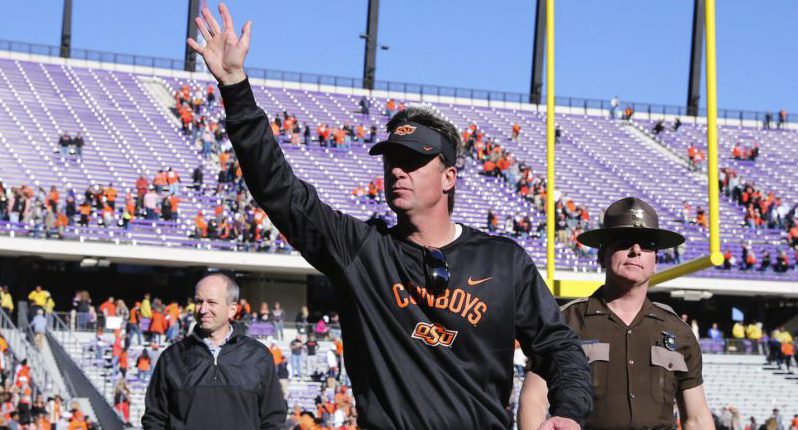 With rumors swirling around Oklahoma State head coach Mike Gundy and possible meetings with representatives from Baylor, some hopeful Bear fans have taken to Wikipedia with some inside information.

Unfortunately, it appears there are some other fans looking to claim the OSU-alum and all-time winning coach, as his bio section shows that he also is now the head coach of Oregon. The potential news for OSU fans is that this could just be a posturing to grab leverage between him and OSU, and that Baylor may not even be in play. However, where there’s smoke…….You never know.

Also of note, according to a report by the Tulsa World, Mike Gundy’s previously-agreed contract extension from this summer is still unsigned by both parties. The extension was reported this summer, however, Gary Schutt says the contract is in Gundy’s court — he signs, then school signs. And neither action has apparently taken place.