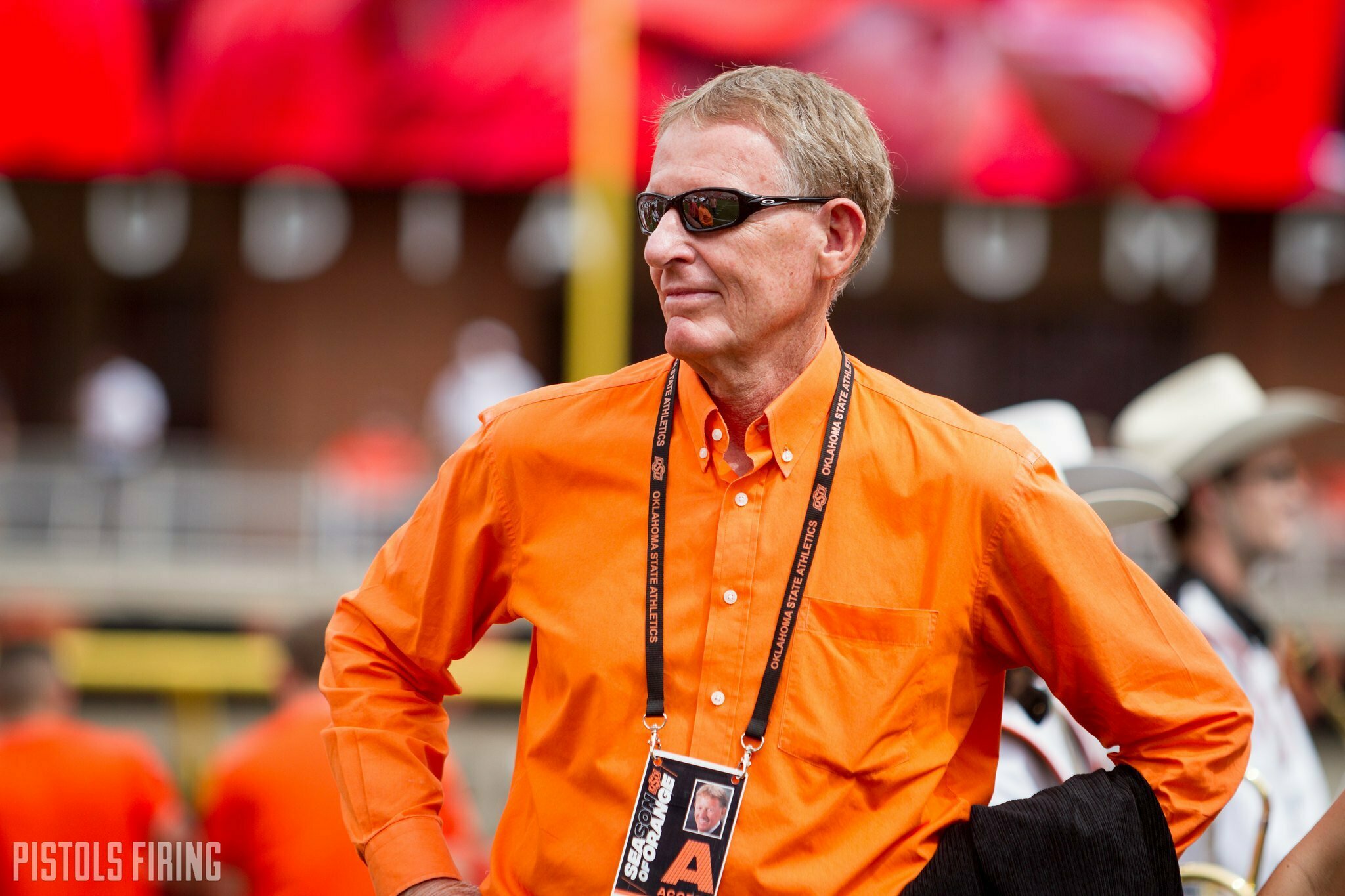 This calendar year has taken a toll on all of us, and it has definitely not spared Mike Holder.

On Friday morning, Oklahoma State’s athletic director held a video press conference to discuss an internal probe — which he captained — into the football program and head coach Mike Gundy.

There was a lot to unpack including the rationale behind Gundy’s pay cut and tweaked contract and Holder’s feelings about Chuba Hubbard’s tweet which kickstarted the most recent in a string of unreal events that have defined 2020 in the world we live in.

But toward the end of his 40-minute remote presser, the line of questioning diverted to that other big storyline that’s cast a shadow over OSU athletics (and our planet): a global pandemic and the uncertainty that the new future holds.

Holder was asked about the feasibility of a pandemic-delayed season, in case concerns surrounding COVID-19 pushed the start of football into the spring.

“Absolutely,” Holder said. “It might not be preferred but, yeah, anything’s possible and I think our athletes, they just wanna play.”

According to the latest tally, 14 OSU football players have tested positive for COVID-19 including starting linebackers Amen Ogbongbemiga and Malcolm Rodriquez and cornerback Gabe Lemons who each announced their own positive tests.

For reference, on Friday it was announced that 12 positive tests were enough to suspend voluntary workouts for Kansas’ football program. But OSU appears to have been proactive when it comes to testing its returning student-athletes in June and, as of last week, only one of those 14 cases were active.

While there are no indications that Oklahoma State will have to shut things down, the bigger question of college football’s timeline, on the whole, is still up in the air. According to Holder, OSU will prepare for the worst and hope for the best.

“As far as whether we’re going to play football or soccer this fall, our intent is to gear up and get ready,” said Holder. “And if we’re not fortunate enough to get to play team sports this fall then we’ll get ready to play the winter sports. If for some reason we can’t play those, we’ll be ready to play in the spring. And if we don’t get to play those, we’ll be ready for the fall sports again in 2021.”

Holder also addressed any questions about promised scholarships, despite the uncertainty surround its revenue sports and future.

“… We understand what our priority is here which is educating young people and whatever scholarships we have promised for the 2021 season we expect to do exactly the same thing again. Our mission can still get executed even though you don’t get to play games on Saturdays or Wednesdays or wherever they might be.

“We’re still educating young people and developing the next generation of leaders and that’s still ongoing. We’ll still train them. We’ll still coach them up. We’ll still strategize with them. We’ll still try to give them some structure to their daily lives and, as I said, just be ready if and when we get the call and opportunity and, I would say a blessing, to be able to return to competitive athletics.

“I know when I was a youngster playing golf at Oklahoma State I lived and died for those matches and tournaments and opportunities to get there and challenge myself.”