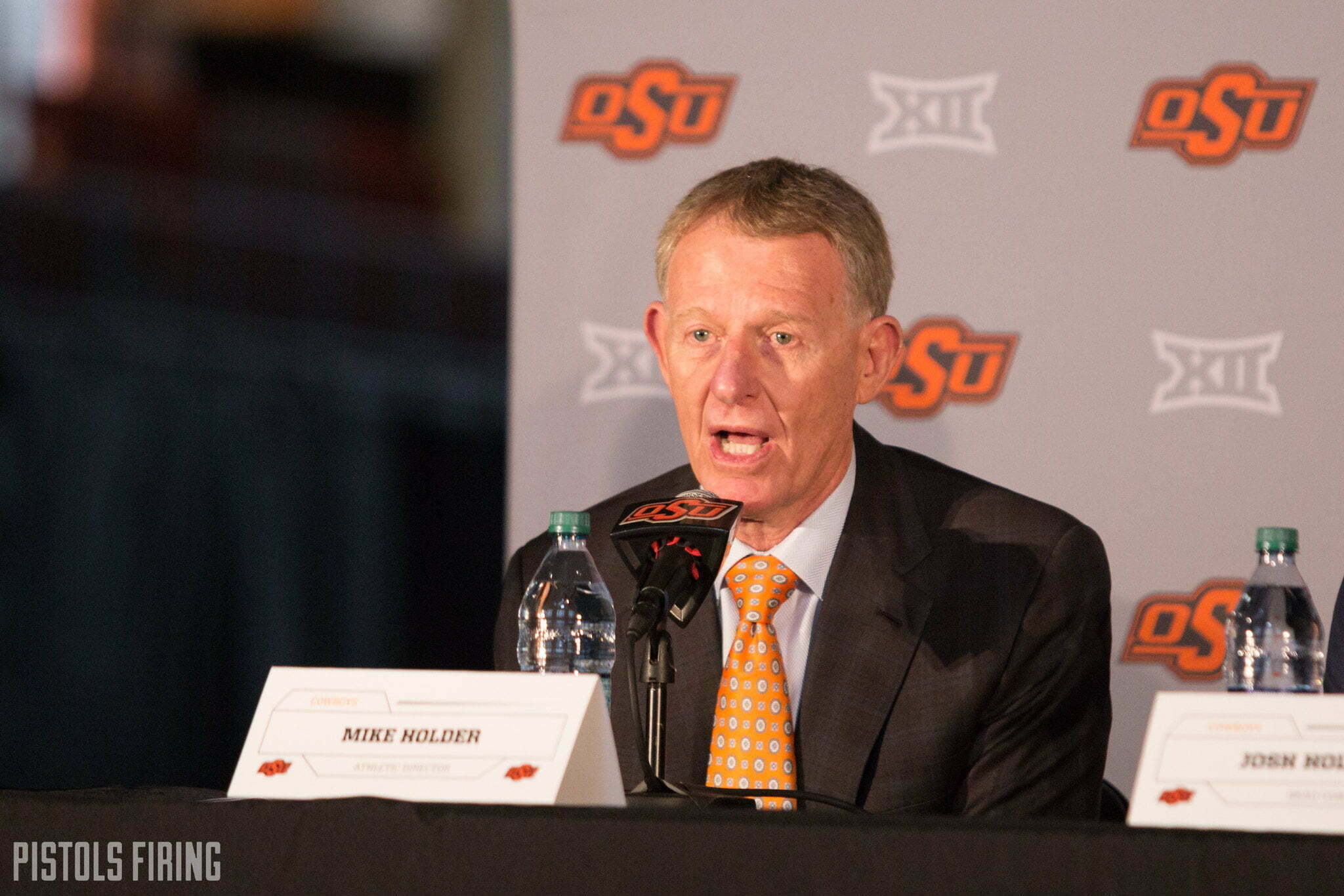 Shortly after news broke that the NCAA gave the Oklahoma State basketball program a postseason ban and took away three scholarships over the next three years, Mike Holder was a part of a teleconference Friday afternoon.

Holder’s opening statement was perhaps the fieriest portion of the hourlong conference. Here is that statement in its entirety.

“I find it almost impossible to reconcile the severe penalties imposed by the NCAA for the violations detailed in today’s report. The NCAA agreed that Lamont Evans acted alone and for his own benefit. The NCAA also agreed that OSU did not benefit in recruiting, commit a recruiting violation, did not play an ineligible player and did not display a lack of institutional control. They said OSU cooperated throughout the entire process. In short, OSU did the right thing.

“On the other hand, Lamont Evans’ conduct damaged an OSU player, damaged the men’s basketball team and damaged the university. He acted selfishly and without regard for those student-athletes who trusted him or the university that employed him all for personal gain.

“Given this context, how does the NCAA justify a postseason ban and the loss of three scholarships for violations that damaged the university and basketball program? Penalties that are normally reserved for those seeking a substantial or extensive recruiting or competitive advantage.

“I’m shocked by the ruling today and determined to vigorously fight against this injustice. OSU has strived to do the right thing during this process, and all we expected in return was for the NCAA to reciprocate.

“All of us that are members of the NCAA will be watching to see if these standards and expectations are applied consistently.”