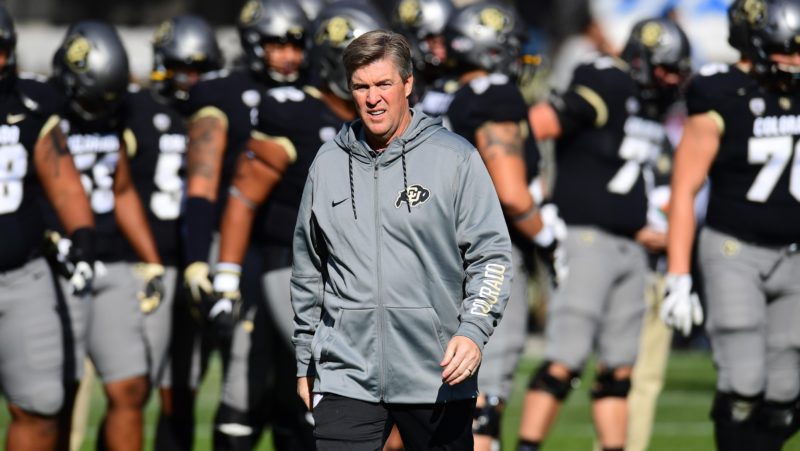 Colorado head coach Mike MacIntyre has orchestrated a dramatic turnaround in Boulder this season, which has earned him the 2016 Head Coach of the Year Award from just above everyone that gives out one.

Wednesday, he (and Mike Gundy) gave their final press conferences ahead their Alamo Bowl contest. MacIntyre took some time to throw a bit of laud to his counterpart and his team.

MacIntyre was asked about his players preparation for the school’s first bowl appearance in nine years, on the heels of a loss to Washington in the Pac 12 title game.

This may just be good sportsmanship but there’s no question that OSU’s firepower offers more than a formidable challenge to the Buffaloes’ talent-rich defense.

“It’s exciting what our team has done, but watching Oklahoma State on tape, their quarterback (Mason Rudolph), wow, you need to make sure he stays in,” MacIntyre told the Oklahoman a few weeks ago. “He’s really good. He’s excellent. Their offense, they do everything. They can throw the deep ball so well. Their running back, a freshman, (Justice) Hill, he is amazing. They do a great job there.”

Only three schools Colorado has faced rank higher than OSU in points per drive: Washington (3rd), Washington State (13th) and Michigan (16th). They lost to Washington and Michigan who combined to hang 86 points on the Buffaloes.

Oklahoma State ranks 22nd in points per drive and is tied for 11th in turnover margin.  On Colorado’s schedule, only Washington ranks higher (1st). So field position and the turnover battle will be huge on Thursday night.

MacIntyre compared OSU’s offense to another team that he faced this year.

The good news for Cowboy fans?

USC only had to muster up 21 points to beat Colorado. OSU only came short of that once this year, in Bedlam.