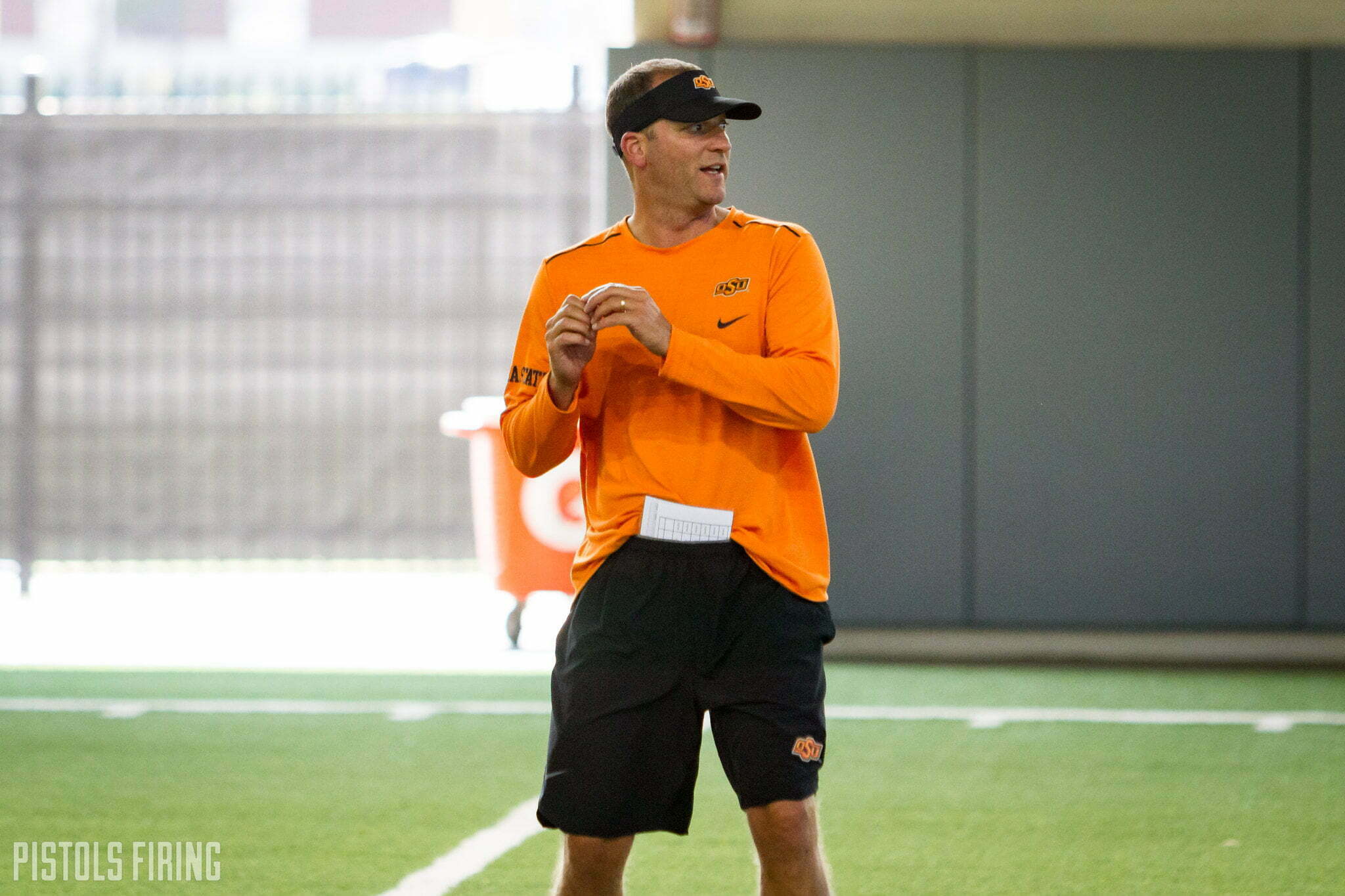 It’s been a long winding road, but Mike Yurcich is back in the state from which his coaching career was launched.

On Friday, Penn State head coach James Franklin announced the addition of Yurcich as the Nittany Lions’ new offensive coordinator and quarterbacks coach. Out is Kirk Ciarrocca who held the title for one season.

Yurcich spent 2020 as Tom Herman’s OC and QBs coach after a year as Ohio State’s passing game coordinator and QBs coach. At Texas this past season he called a Top 20 passing offense and the Longhorns’ 42.7 points per game was their highest mark since winning a national championship in 2005.

Herman’s ouster from Texas was announced last week to make way for the start of the Steve Sarkisian era in Austin, but it didn’t take long for the now sought-after OC to find a landing spot.

“We are excited to have Mike join our staff,” said Franklin in a statement from Penn State. “He is an impressive offensive mind and talented play caller who has set records everywhere he has been as an offensive coordinator. I look forward to seeing what he can do with all of the offensive weapons we have here at Penn State. I have followed Mike’s career for a long time, dating back to his time in the PSAC at Shippensburg and Edinboro. We look forward to bringing Mike and his family back to Pennsylvania.”

Yurcich shared his gratitude and seems happy to be headed back to his old stomping grounds.

“Having spent 11 years in the state of Pennsylvania as a player and coach, I understand the significance of this duty and will represent properly and with humble pride,” said Yurcich.

Yurcich spent six seasons as Oklahoma State’s OC after Mike Gundy hired him out of Div. II Shippensburg University. At OSU he coordinated Top 15 scoring offenses in five of those years and Top 10 passing offenses his final four seasons in Stillwater.

He’ll also now be just a couple-hour drive from his former pupils Mason Rudolph and James Washington in Pittsburgh.