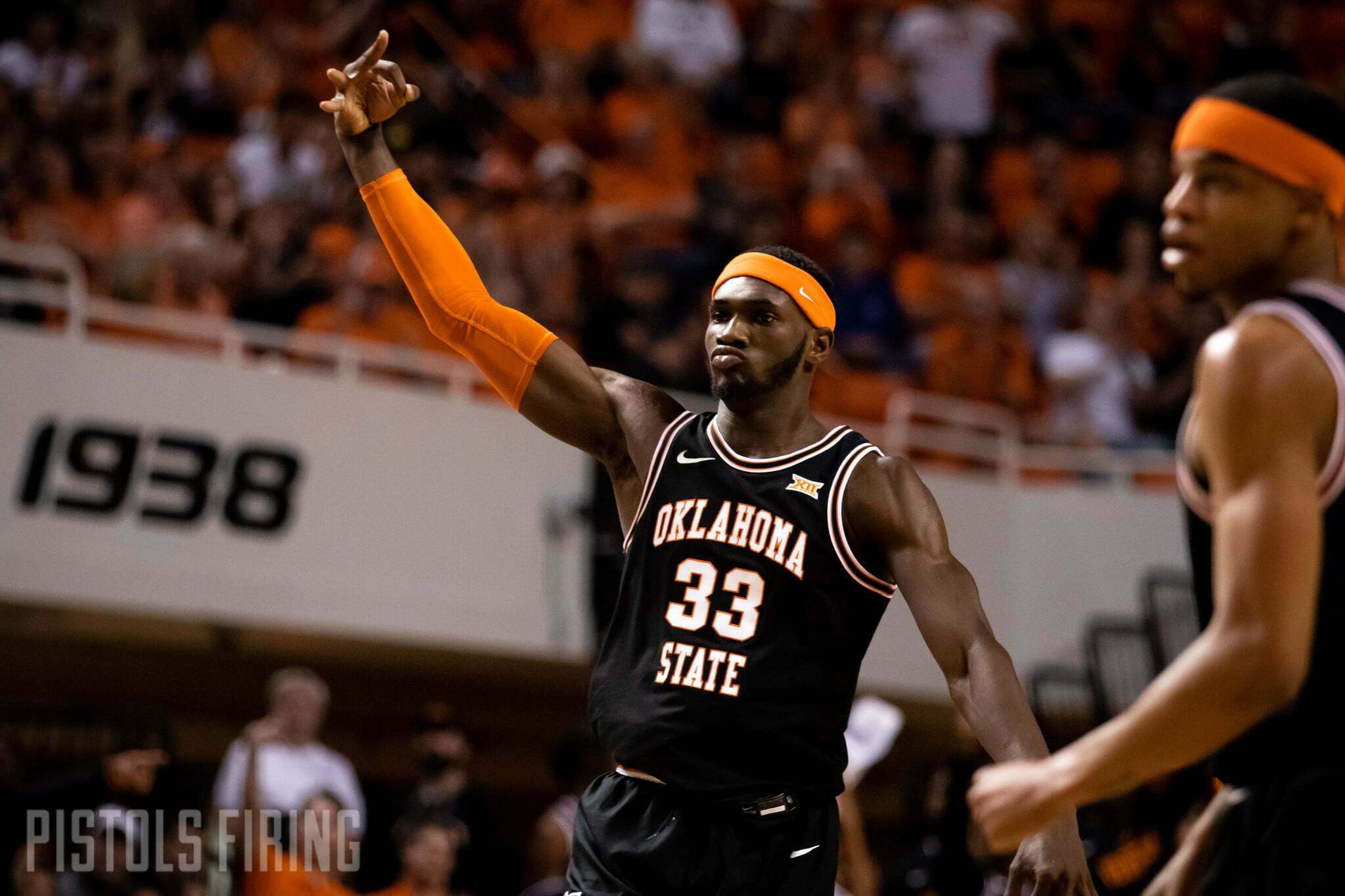 The first weekend without Oklahoma State hoops at least provided Cowboy fans with some good news. Namely, they’ll get to see more of these.

On Friday, OSU big man Moussa Cisse announced his plans to return to Stillwater for the 2022-23 season, passing on the chance to test NBA Draft waters. He went far into that process last offseason before transferring to OSU from Memphis.

His decision to stick around provides a boon for the Cowboys’ prospects next season. Cisse led the Big 12 in blocked shots (by a wide margin) earning him conference Co-Defensive Player of the Year honors as well as a spot on the Big 12’s All-Defensive team.

While he’s known as a defensive specialist and an athletic freak, Cisse’s offensive game has grown leaps and bounds. Over the Pokes’ last nine games, Cisse’s 10.2 points and 8.7 rebounds. He also is seventh in the Big 12 currently in rebounding.

Shortly after Cisse made his announcement, OSU head coach Mike Boynton comments on the news alluding to the defensive specialist as the “first domino.”

To Boynton’s point, Cowboy sophomore Donavon Williams entered the transfer portal earlier in the week, and there will likely be other moves as well. But the Cowboys’ ability to retain a rising talent like Cisse will bode well for a potential run at the Big 12 and into the Big Dance next season.