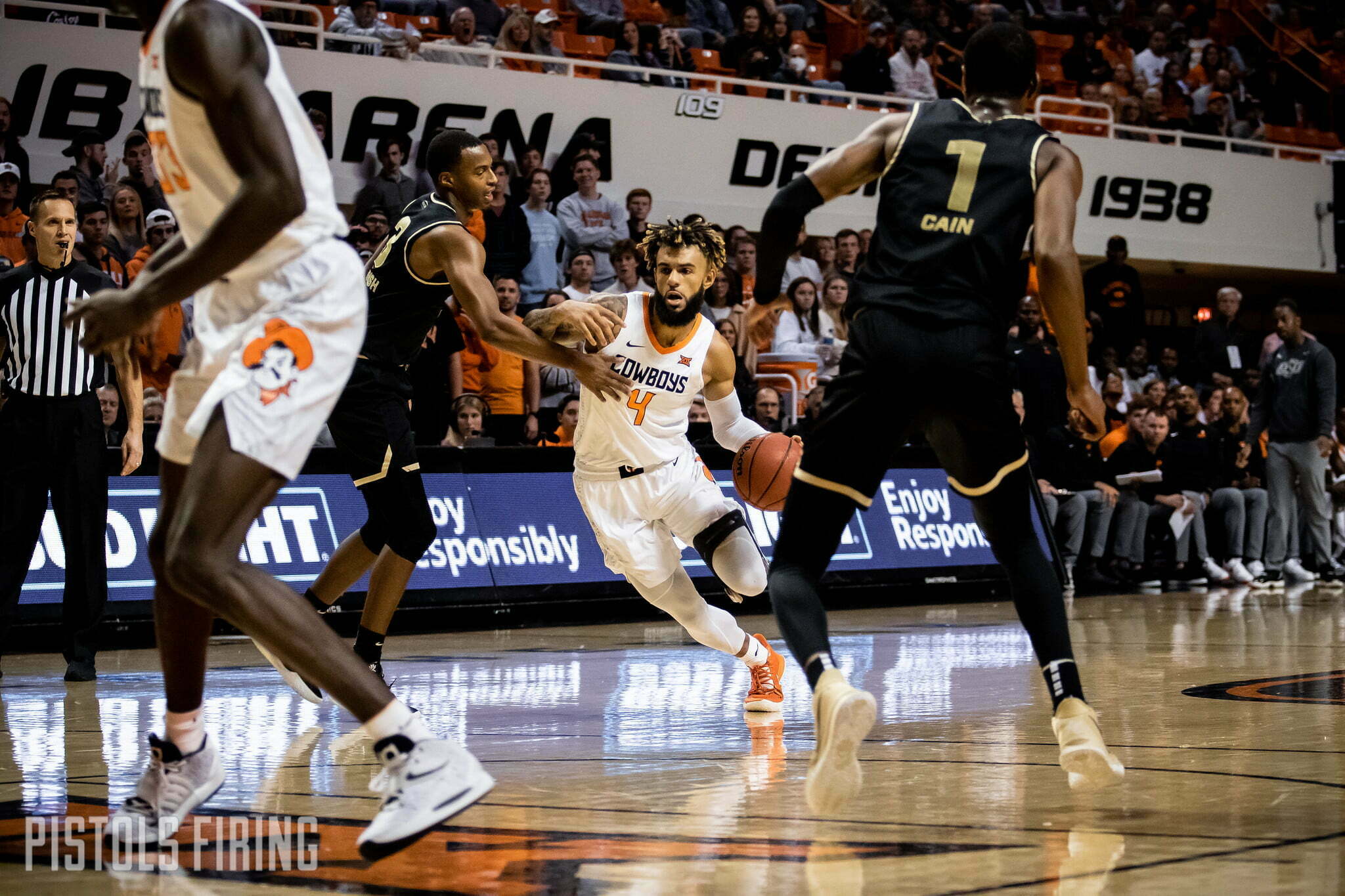 Donovan Williams entered the transfer portal Monday. Williams appeared in nine games as a sophomore for the Cowboys’ this past season, making four starts. He averaged 3.1 points and 1.6 rebounds a game, though he last played in the Cowboys’ loss at Texas on Jan. 22.

Williams joined the Pokes as a four-star prospect out of Omaha North Star High School in Nebraska. He chose Oklahoma State over offers from Kansas State, Texas, Nebraska, Texas A&M and others. Listed at 6-foot-5, 200 pounds, Williams was hampered with a knee injury during his time in Stillwater. He played in six games as a freshman before suffering the injury.

It was a tumultous Cowboys career for Williams on the whole. He had to somewhat change his game after his injury to fight for minutes. After being a pure scorer at the high school level, Williams was used as a guard/forward hustle guy this past season.

As part of the Cowboys’ NCAA sanctions, OSU will lose three scholarships over the next few years. Under normal circumstances, programs are allotted 13 scholarships a season. OSU was able to use 14 this past season with Bryce Williams being a super senior.

The Cowboys’ scholarship situation is quite fluid as things stand. With Williams’ looming departure, Isaac Likekele has been undecided on whether he will return for a super senior season. OSU is also adding 2022 four-star guard Quion Williams.

But here is a look at OSU’s scholarship situation for next season as things stand: