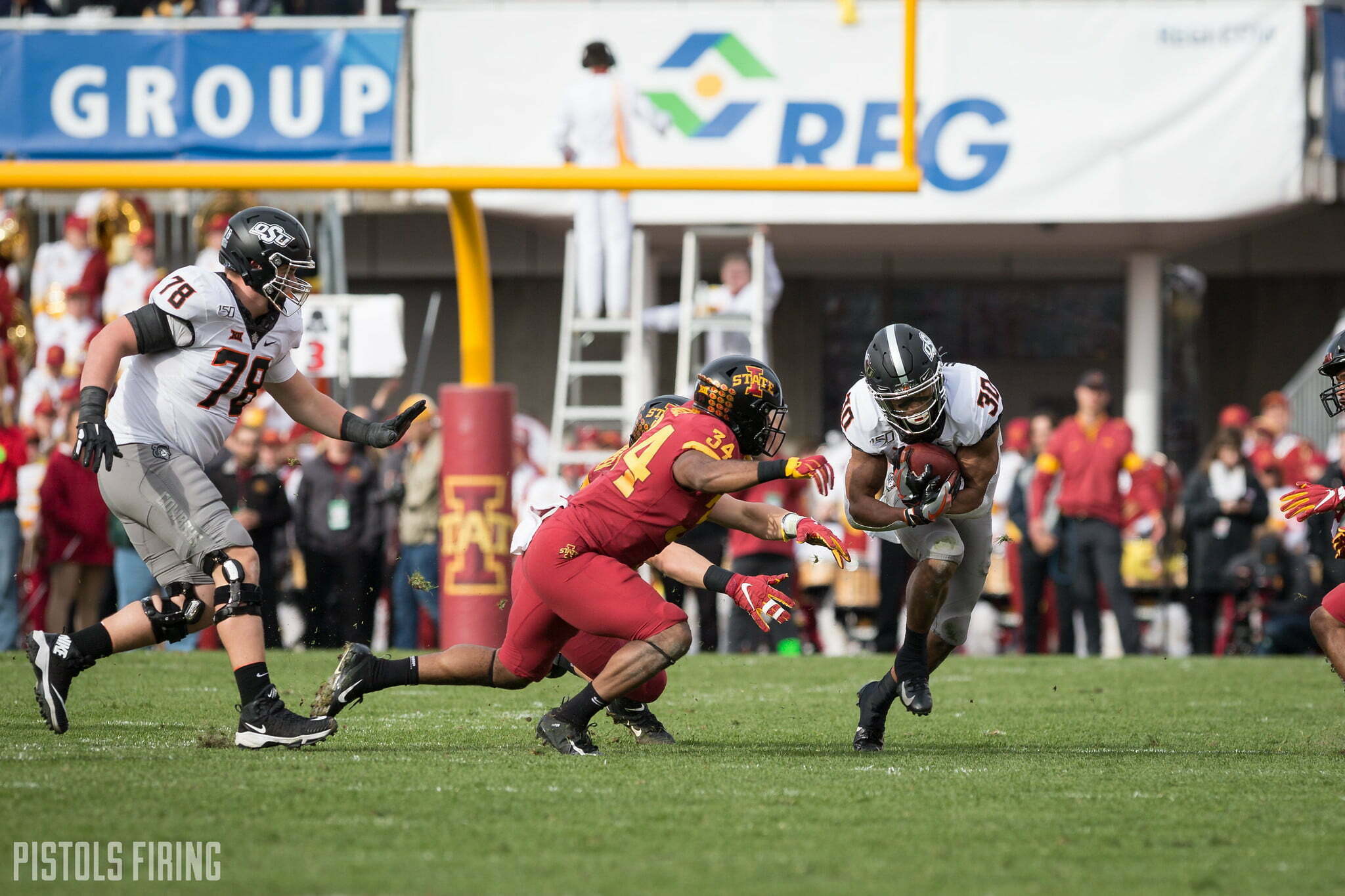 ORLANDO, Fla. — I’ve been in and out (and mostly out) with PFB this week because I’m covering the PGA Merchandise Show in Orlando this week (please watch my interview with Jim Nantz here k thx). So I’ve been consuming OSU content from afar, and the thing that I found most amusing and delightful was the moment Chuba Hubbard — declarer of national championship banners — tricked Mike Gundy into thinking he was leaving for the NFL.

Here’s how it went.

Plus, Chuba tells us how he tricked Mike Gundy into thinking he was leaving for the NFL. 😂 pic.twitter.com/0xFibx6SAO

That is a big 😁 from me. I can see it now. Gundy — through gritted teeth — telling Chuba he’s happy for him. Chuba cackling and ejecting seconds later. Gundy cursing after the call is over. Every great commitment (recommitment) should be replete with a bob and weave just like this one. The only thing that could have made it better is if he’d let it linger for a few hours.

Gundy might get the last laugh though. He’s gone from “we sure he still wants to do this” after that Texas Tech-Baylor 1-2 punch in the fall to prince of the Big 12’s offseason faster than OU called D’Eriq King after he entered the portal.

Conference crowns obviously aren’t won during offseasons, but Gundy has horses and horses win championships. In that video above, he noted that the Big 12 champ has traditionally advanced to the CFP (“traditionally” meaning four times in six years). And while the data is inarguable, I think it’s going to be incredibly difficult for a team like OSU to get in barring a miracle 13-0 season.

The flip side of that argument is that if you believe the Pac-12 can’t really get a team in then you only need a couple of breaks in other conferences as long as you win your own. Either way, I’m sure all of it will result in whatever happens to OSU ending the four-team playoff and sending it to eight. That’s how these things go.

But OSU does have a chance, and for the next 10 months that’s all that really matters. Because the only thing more intoxicating than elite talent in college football is the matter of hope. Chuba delivered both in one humorous phone call to Mike Gundy earlier this month.