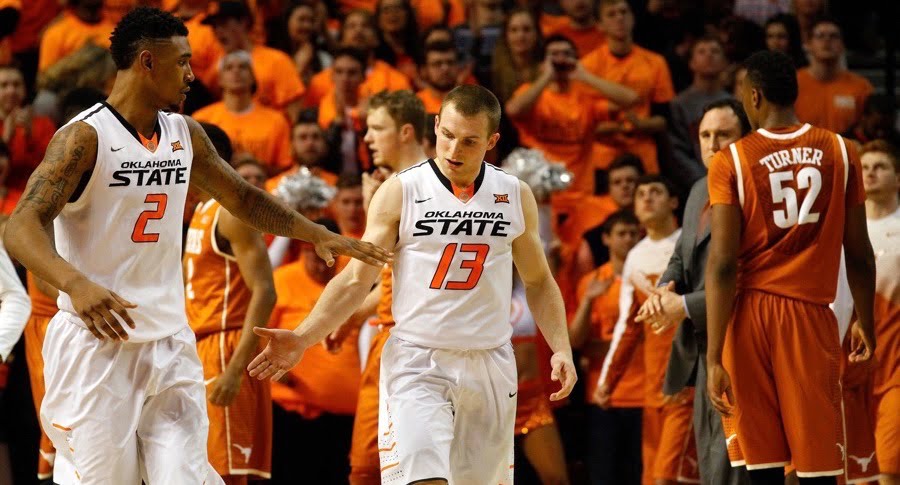 All 594 Big 12 awards were announced on Sunday afternoon (way to capitalize on that prime web traffic, Big 12) and OSU had a few folks on the All-Big 12 teams.

Le’Bryan Nash made the All-Big 12 second team, Phil Forte made All-Big 12 third team, Anthony Hickey and Michael Cobbins made the All-Defensive team and Hickey was also added to the All-Newcomer squad.

Cobbins joins the Marcuses (Dove and Smart) as one of nine players ever to make two All-Defensive teams. Russell Robinson and Mario Chalmers are the only ones to do it three times.

The All-Big 12 first team was Rico Gathers, Georges Niang, Perry Ellis, Buddy Hield and Juwan Staten. I don’t know who you take off that squad but it really feels like Nash should be a first-teamer.

He and Forte were both in the top six in points scored per game in the league this year.

Nash had previously made two All-Big 12 third teams. For Forte, this is his first All-Conference selection. OSU now has 67 total awards in Big 12 basketball history. Of current members of the league, only Texas and Kansas have more.

It’s pretty crazy how close the final first team was to what was predicted in the preseason.