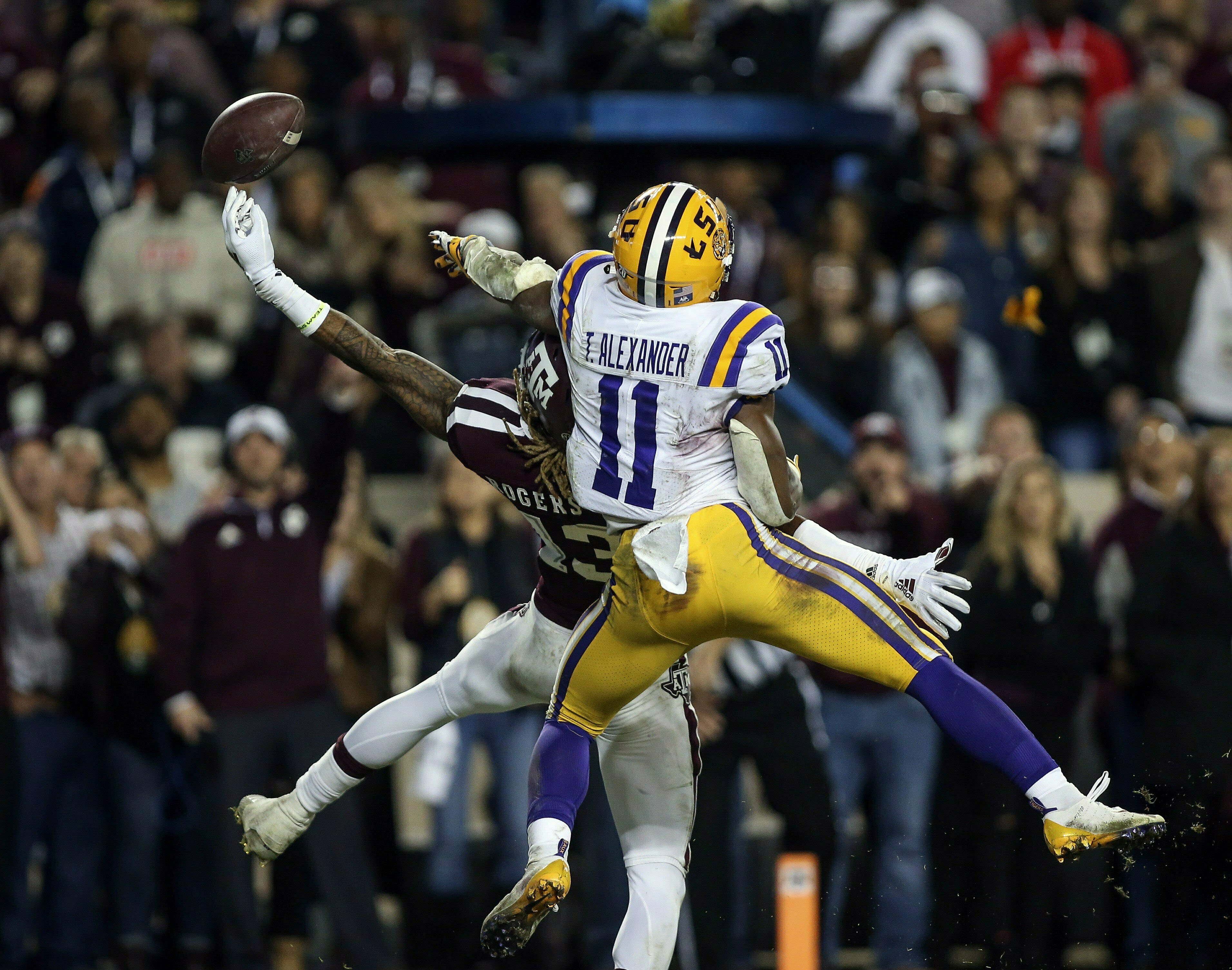 Check out some of the best plays from around the country in a wild weekend of College Football.

Snags of the Week

Didn’t need two hands for this one!

Michigan kept it close in the first half. But couldn’t do so in the second.

This was certainly the play of the day in the game of the century on Saturday.

"With PI all over him, how does he make this catch?" ? #SCtop10 pic.twitter.com/OzGV5zlrMm

Defensive Play of the Day

Lot going on here on this interception ? pic.twitter.com/IBmM8di8j3

Run of the Week

Murray turned on the burners on this 55-yarder Friday night.

55 yards and a cloud of dust for Kyler Murray ?‍♂️? pic.twitter.com/2aIK7jU8Eb

We must protect Gus Johnson at all costs. pic.twitter.com/59UiF4Ds8i

Short Yardage Play of the Week

Gundy.. Put Brailford in the backfield in short yardage!

On 4th and Goal, Clemson called a toss play to a defensive lineman… and it worked pic.twitter.com/nZMUzoJ600