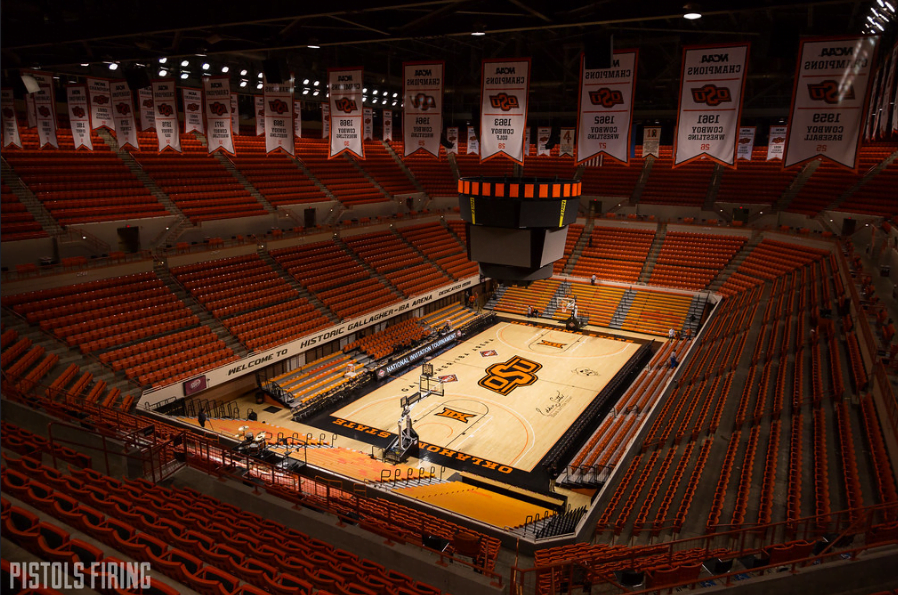 College basketball season (and every other college postseason for that matter) is over.

The NCAA announced the cancellation of the NCAA Tournament on Thursday afternoon after the remaining conference tournaments also shut down. The decision also cancels all other NCAA Championship events, including wrestling, where OSU was set to have nine athletes compete.

That ruling paired with the Big 12 shutting down regular-season competitions through March 29 means the baseball, softball, tennis, golf, track and equestrian seasons are all currently in a weird limbo. The decision comes because of the COVID-19 pandemic.

“Today, NCAA President Mark Emmert and the Board of Governors canceled the Division I men’s and women’s 2020 basketball tournaments, as well as all remaining winter and spring NCAA championships,” the NCAA said in its release.

“This decision is based on the evolving COVID-19 public health threat, our ability to ensure the events do not contribute to spread of the pandemic, and the impracticality of hosting such events at any time during this academic year given ongoing decisions by other entities.”

The decision regarding the basketball tournament was initially made to have the tournament to go on without fans in the areas, but everything has spiraled the past 24 hours after the NBA suspended its season once Utah Jazz center Rudy Gobert contracted the virus. The MLB, NHL, NBA and MLS have all suspended their seasons as well.

There might be some positive to come out of this, though, for the basketball seniors whose careers were ended via pandemic, a positive that OSU coach Mike Boynton is lobbying for.

“Seniors, if they want, should have another year. Special permission on scholarship numbers for an unprecedented circumstance. Next year only.”

It would take a lot of figuring out on the NCAA’s part, but maybe during the 2020-21 season, Cade Cunningham will toss a lob to Cameron McGriff.