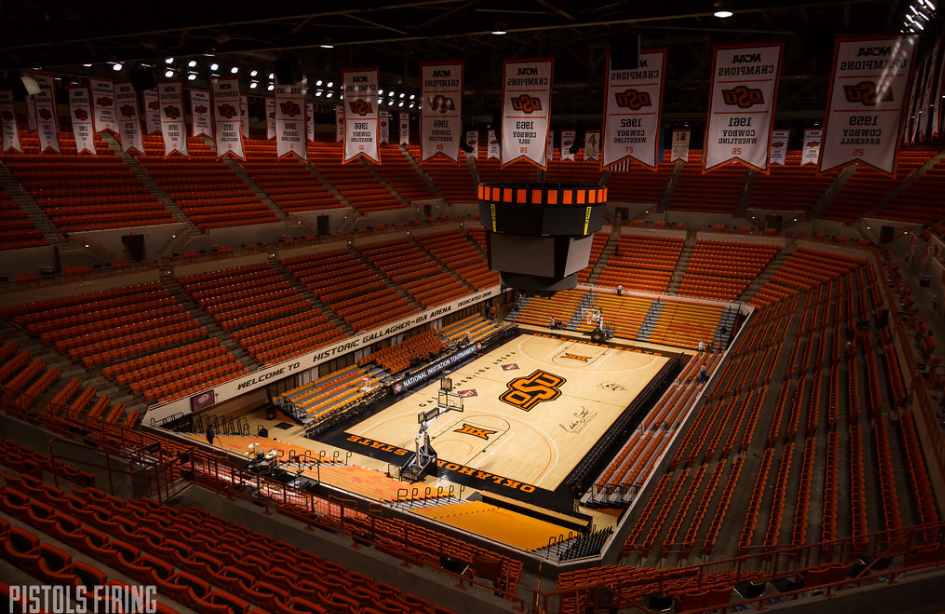 The NCAA announced early Friday morning that its Committee on Infractions decision in the Oklahoma State case will be announced in a press conference to be held at noon central time.

The COI’s decision is in response to a Level I charge the NCAA levied against former OSU assistant coach Lamont Evans last fall after Evans allegedly committed unethical conduct as a Cowboys coach under then-head coach Brad Underwood. No one inside the program is charged.

Evans was one of 10 college coaches to have been ensnared in the FBI’s investigation into corruption in college basketball several years ago. He was caught on video and wiretap discussing schemes to recruit and steer players to a sports agent, looking to get a kickback in return.

He was convicted last spring and sentenced to serve three months in federal prison last summer.

As a result of Evans’ conduct, Jeffrey Carroll — then a star on the OSU team — was forced to miss three games at the start of the 2017-18 season. A source told me last year that Carroll being withheld was a proactive self-punishment to appease the NCAA should it be compelled to act on Evans’ actions.

It’s unclear just how hard the NCAA will come down on OSU because the coach has since been fired, a different head coach is in place, and none of the players on the current roster are involved. But a Level I violation — even for a previous coach — is the most serious offense in the NCAA rulebook. The punishment could range from a loss of scholarship or scholarships, probation, a loss of recruiting days, or even more harsh punishments — like a postseason ban.