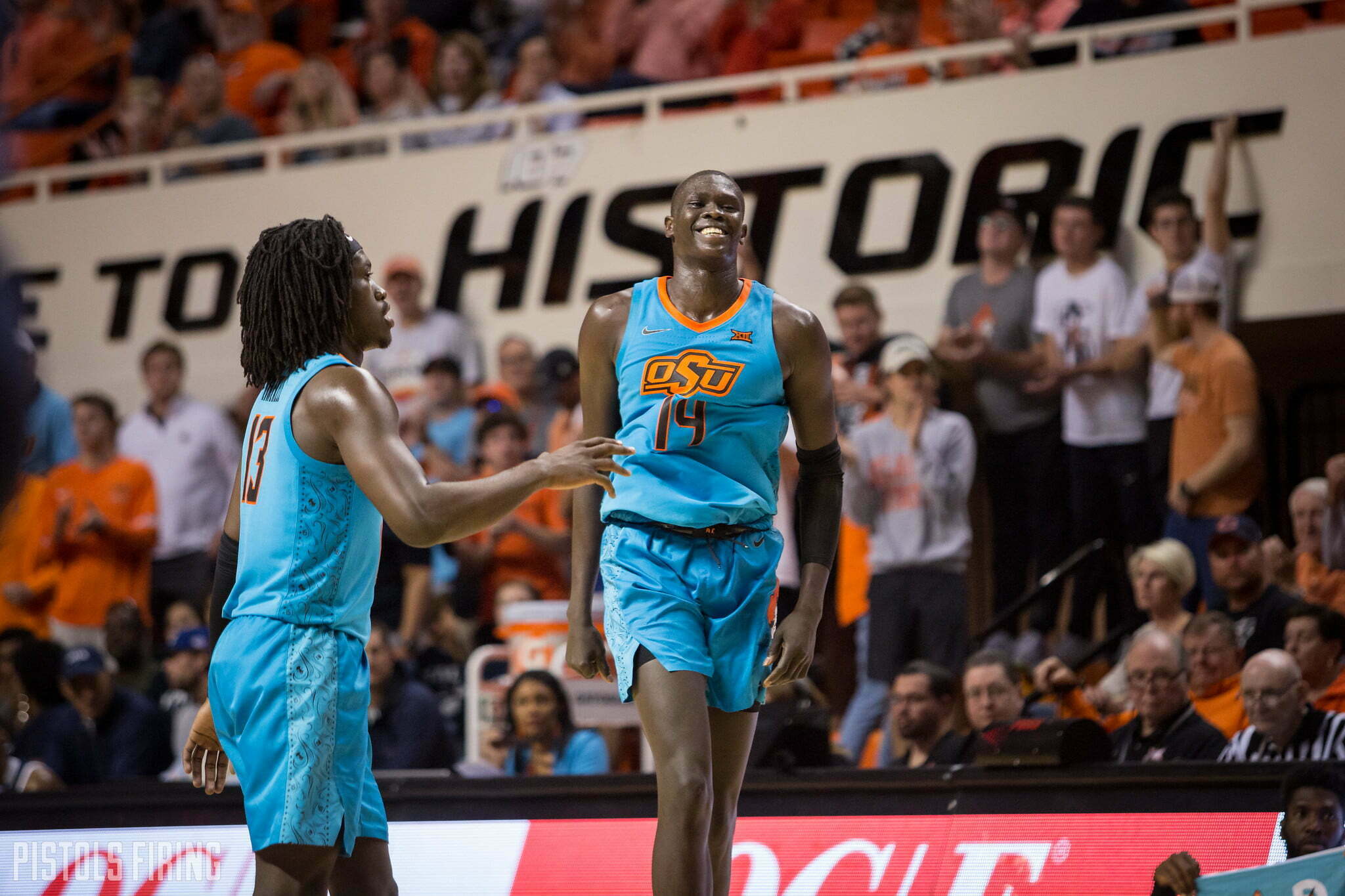 Of all the penalties levied by the NCAA against Oklahoma State last Friday, the one that is the most confusing is this one, which you can read on the NCAA website.

A reduction of men’s basketball scholarships by a total of three during the 2020-21 through 2022-23 academic years.

Even though it’s being reported differently by different people — and the fact that smart people are confused by the NCAA’s word salad should tell you everything you need to know about the NCAA’s clarity in situations like this — my understanding after speaking with Oklahoma State’s compliance office as well as the NCAA itself is that it’s actually three total scholarships.

So you could feasibly distribute the following number of scholarships over the next three seasons to satisfy this penalty.

It’s also important to note that this can be applied in a number of different ways. You could apply it all in one year and move back to the maximum number of scholarships the two years after that. You could also sit at 12 scholarships per year for all three years to satiate the penalty.

Here’s the problem with that latter plan. Oklahoma State currently has 13 scholarships tied up for the 2020-21 season. So unless somebody leaves, this penalty will have to be pushed to the next two seasons. The other complication comes when you consider that these penalties will be stayed during the appeals process, which — at least as I understand it — means there’s a pause on everything until the NCAA infractions committee determines OSU’s ultimate fate.

There is much ambiguity here, and many times in situations like this the scholarship question — which can often be the most crippling of all the sanctions — isn’t even an issue because there is a mass exodus of players at the outset. OSU’s players have been steady and reaffirmed commitment to both Mike Boynton and the Oklahoma State program.

Though there are questions surrounding presumed 2021 No. 1 NBA Draft pick Cade Cunningham, it seems unlikely as of right now that any non-Cade players will leave (despite reports!). Even Cade seems pretty committed, and I’m of the personal opinion (and immense optimism!) that with so much unknown globally, he’s more likely to stay than he is to leave. The situation — just like the year 2020 — is obviously fluid.

Even if players started ejecting, where would they go? There are only two months left before fall enrollment starts, and the current dead period for recruiting from the NCAA through the end of June shrinks that time period even more.

There are so many unknowns here, but the worst-case scenario is going into the school year without resolution on the appeal and the NCAA upholding the penalties after school starts. The best course of action for the Pokes is a swift resolution in OSU’s favor, but the sense I get out of Stillwater is that if that’s not possible that OSU could try and push this thing all the way out via any means (literally any means) necessary to complete the entire 2020-21 season with its entire roster intact (including Cade).

As a school — and if you heard Mike Holder talk on Friday it’s not difficult to read between the lines — they’re willing to take this thing the distance with every feasible resource to complete a full year with Cade and Co.

But we may never reach that point. Again, the unknown. The NCAA has put OSU in an untenable situation that could have an odious resolution, and all of it based on — by the NCAA’s own admission! — one person acting independently of all others for his own benefit. Either way, this is going to be a showdown between a basketball program that feels it did nothing wrong on an institutional level and an organization that seems hell-bent on proving the opposite.