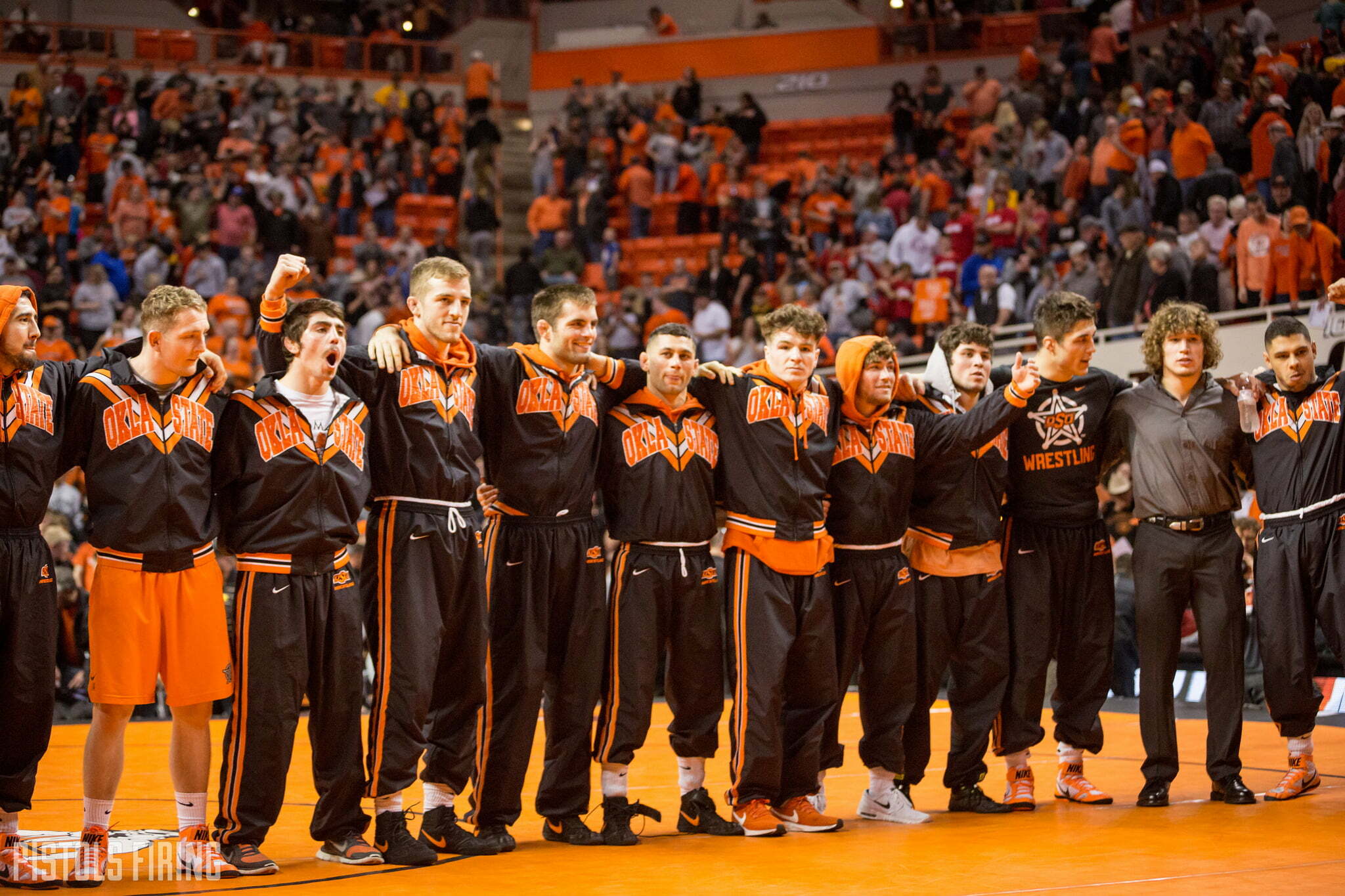 NCAA tournament allocations have been released and the Big received 53. Here’s how they broke out by weight class.

The conference has a healthy number of allocations at every single weight with the exception of 157. On paper I would expect the Cowboys to comfortably receive automatic bids at most weights.

Assuming OSU wrestles Wyatt Sheets at 157 — which it sounds like that is the plan — Sheets or whoever the Cowboys opt to send out, will need to win the tournament to receive an automatic bid.

1) Sheets has been wrestling really well. The kid’s been good of late, really good when you look at the guys he’s beat and even just the guys he’s wrestled close recently.

2) The Big 12 earned their one allocation here, which means they aren’t as tough as other conferences at this weight. This makes winning the tournament a pretty feasible thing for Sheets.

Ultimately, there’s no reason to think Sheets can’t win this, he’s quite possibly the tournament favorite. But with the one allocation his margin for error is slim.

I don’t see OSU having any real issues qualifying at the other weights. Based on Flo’s Big 12 rankings all should be seeded in a spot to do so. The only question that will remain there is who comes out at 165. If anyone does not receive an automatic bid they will be eligible for one of the remaining at large bids at each weight.