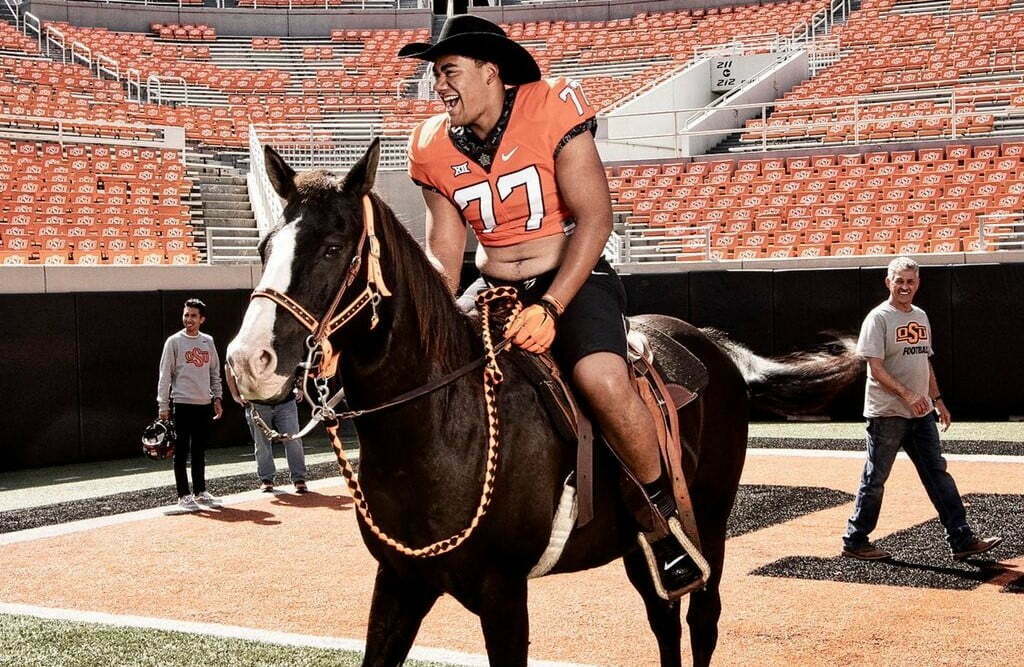 Tyrone Webber was viewed as the No. 3 junior college prospect in the 2022 class when he committed to Oklahoma State on Saturday, but after a rankings update, he is now No. 1.

A 6-foot-5, 295-pound offensive tackle originally out of Ontario, Canada, Webber plays for the New Mexico Military Institute. Like the Cowboys, the Broncos are 6-0 this year. NMMI is averaging 395 yards of offense a game, 282.3 of which come on the ground.

OSU’s 2022 class ranks 32nd nationally, but that is a little deceiving, as OSU has only 14 of a possible 25 commitments. The Cowboys’ per player average rating of 0.878 ranks third in the Big 12 behind OU and Texas. That 0.878 would be the best in the Mike Gundy era.