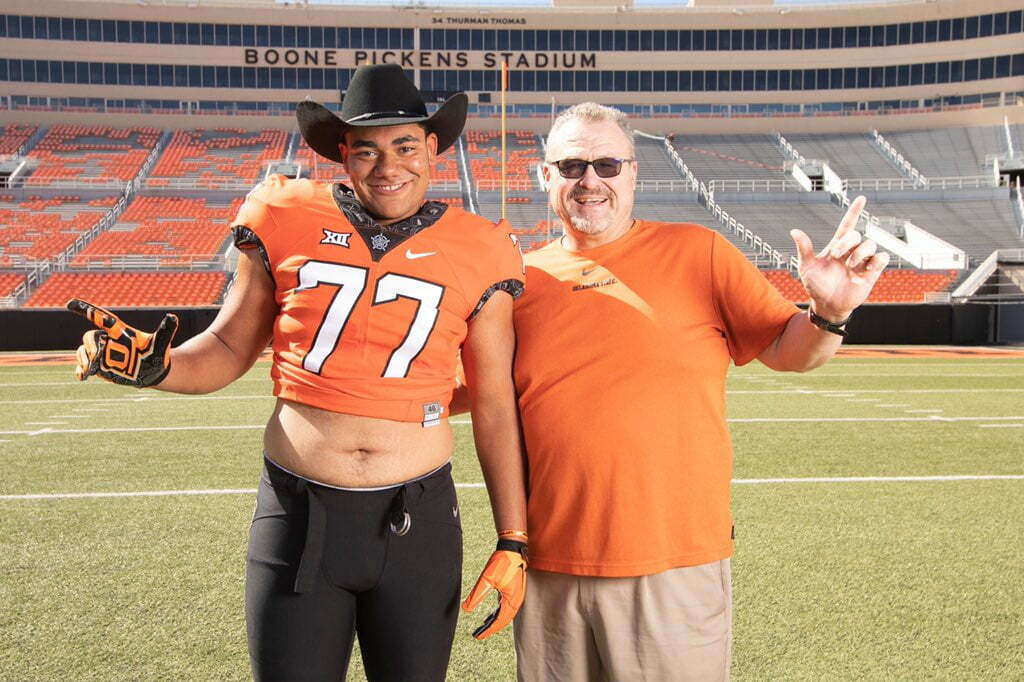 It had been more than three months since the Cowboys secured a commitment, but that changed Saturday night. And it seems likes a big road win might have helped to move this pledge forward a couple of days.

Earlier this week, Webber set a commitment date for this coming Monday, Oct. 18. Maybe the hype from the Cowboys’ comeback win over Texas motivated him to announce his intentions early.

Listed at 6-foot-5, 295 pounds, Webber plays for the New Mexico Military Institute, but he is originally from St. Catharines, Ontario, Canada. The Broncos are 5-0 in 2021 behind Webber’s blocking. During the spring season, Webber was First Team JUCO All-American, one of two freshmen offensive linemen to receive the honor.

According to 247Sports, Webber is the No. 3 junior college player in the country. His 88 247Sports score makes him the No. 5 commit in the Cowboys’ 2022 class, between quarterback Garret Rangel and corner Cameron Epps.

The Cowboys offered Webber on June 2 and were a favorite in his recruitment process from then on. Webber was finally able to get on OSU’s campus last week. He made a stop at Missouri after that before deciding on Stillwater being his home.

Webber is the 14th commitment of the Cowboys’ 2022 class and just the second offensive lineman of the group, joining high school senior Austin Kawecki.

Schools can sign up to 25 prospects in a given class, but it doesn’t sound like OSU will do that with its 2022 group. OSU coach Mike Gundy said last week they only had two or three spots left, and Webber just took one of them. With the transfer portal becoming as big a deal as it has, Gundy said they have to save some scholarships for it after the season. It’s also to be determined whether next year’s ‘super seniors’ will count against scholarship numbers with COVID waivers.

“It’s just the way the game’s being played now,” Gundy said. “It’s a little unusual. Hope to get some sort of ruling or course of direction from the NCAA or the football oversight committee, I don’t even know who’s in charge anymore, on how we’re going to handle next year’s ‘super seniors.’ Whether they’re going to count against us or not numbers wise makes a huge difference. So hopefully we’ll get a little direction over the next couple months and that’ll help us prior to signing day.”