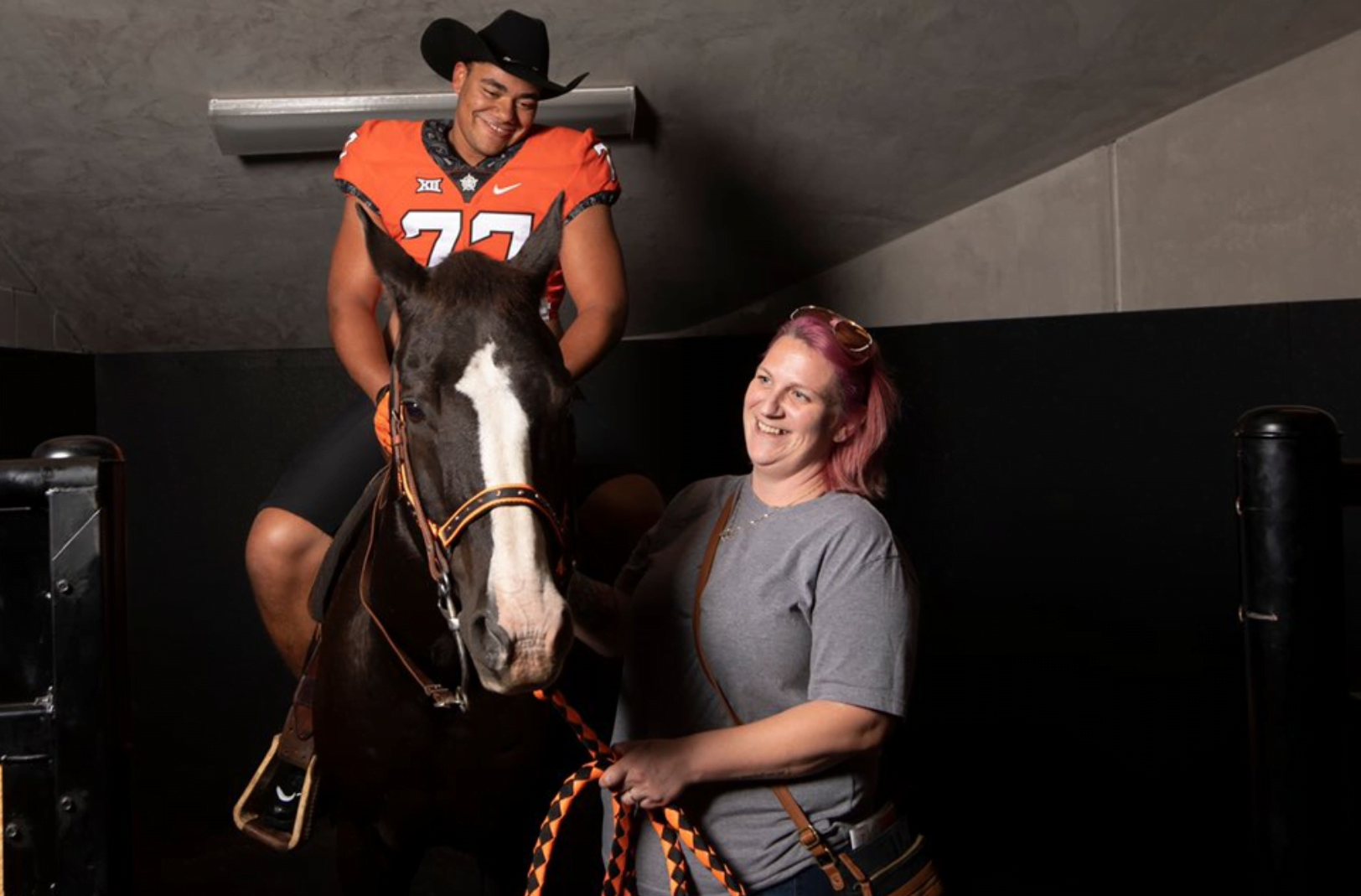 Junior college offensive line prospect Tyrone Webber out of New Mexico Military Institute, one of the top targets for OSU in the 2022 cycle, announced late on Sunday night that he has set a commitment date for Oct. 18. The news came only a few hours after Mike Gundy sent a tweet that typically foreshadows a commitment from a recruit, though it’s unclear if Webber was the recruit in question:

Webber is a listed 6-foot-5, 290 pound offensive tackle who has garnered offers from 32 Division-I schools during his recruitment, including from OSU, Auburn, Missouri, Ole Miss and others. He visited OSU’s campus earlier this month on an official basis and all signs point here to OSU being in a great spot with Charlie Dickey operating as his main recruiter (followed closely it seems by this super cute horse that appears to have made an impression. Former OSU offensive lineman Zach Crabtree, also on OSU’s staff, has been involved in the recruitment, as well).

OSU has a strong 2022 recruiting class but landing Webber would be a huge boost not only to beat out other top programs but to add to the offensive line in the cycle. Thus far OSU has just one player committed at OL in Austin Kawecki, a high school senior, so adding a potential early contributor in Webber could go a long ways to solidifying depth for the Pokes in 2022 and beyond.