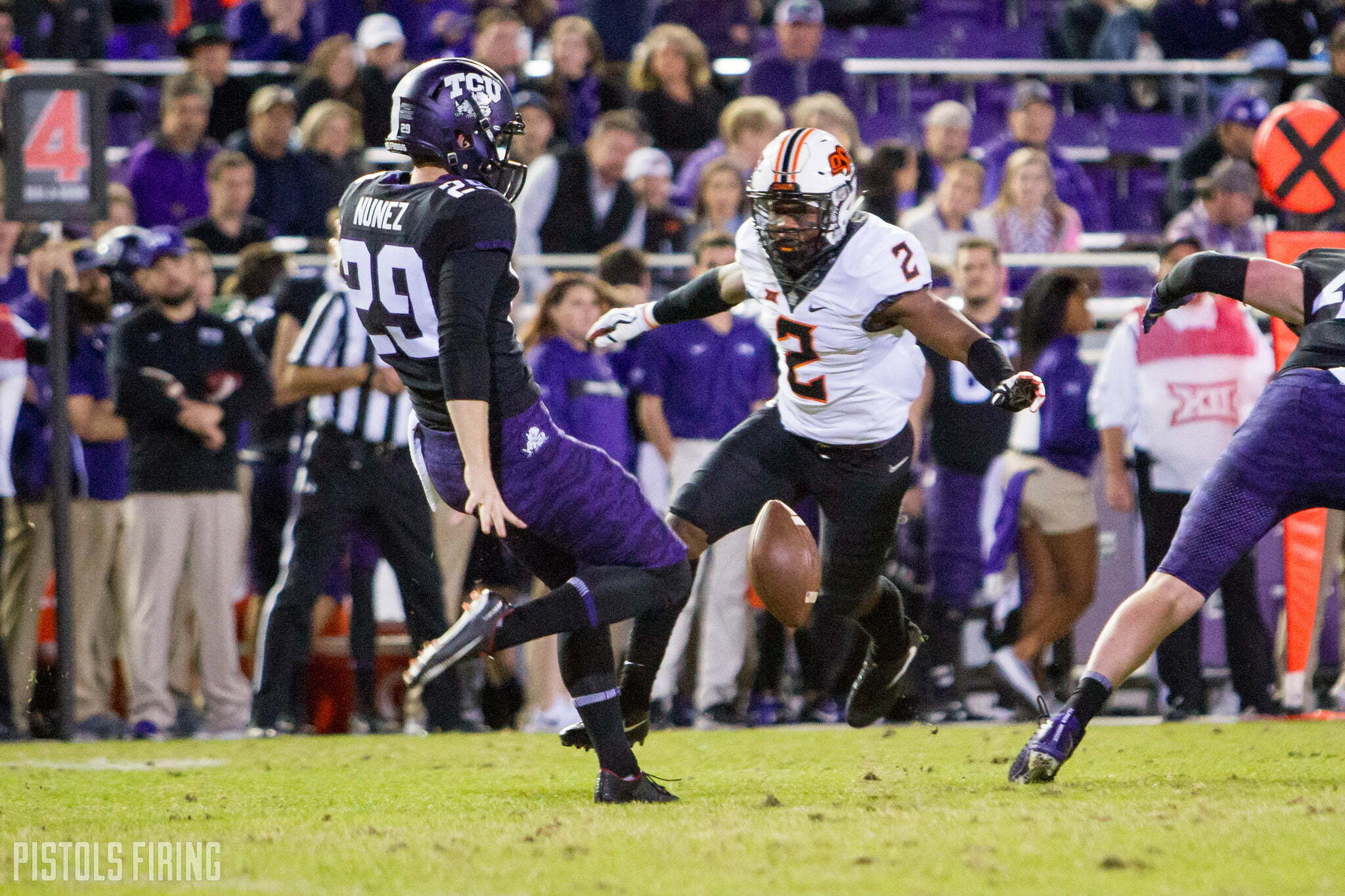 The usual newcomer suspects, as expected, played big roles this past weekend in OSU’s loss to TCU.

Jarrick Bernard, Kolby Peel, Mike Scott and Tanner McCalister all played and logged stats, with Peel and Bernard recording a combined 7 tackles. If there was a bright spot in the baffling loss — and believe me, there really wasn’t! — it was that Peel and Bernard continue to look like centerpieces in OSU’s future defense.

Peel not only got the third pass breakup of his young career, but he also had two tackles for loss — a season high for him — to go along with five tackles. Bernard had 2 tackles, and Tanner McCalister and Mike Scott had one each.

Below are the other statistics from the newbies.