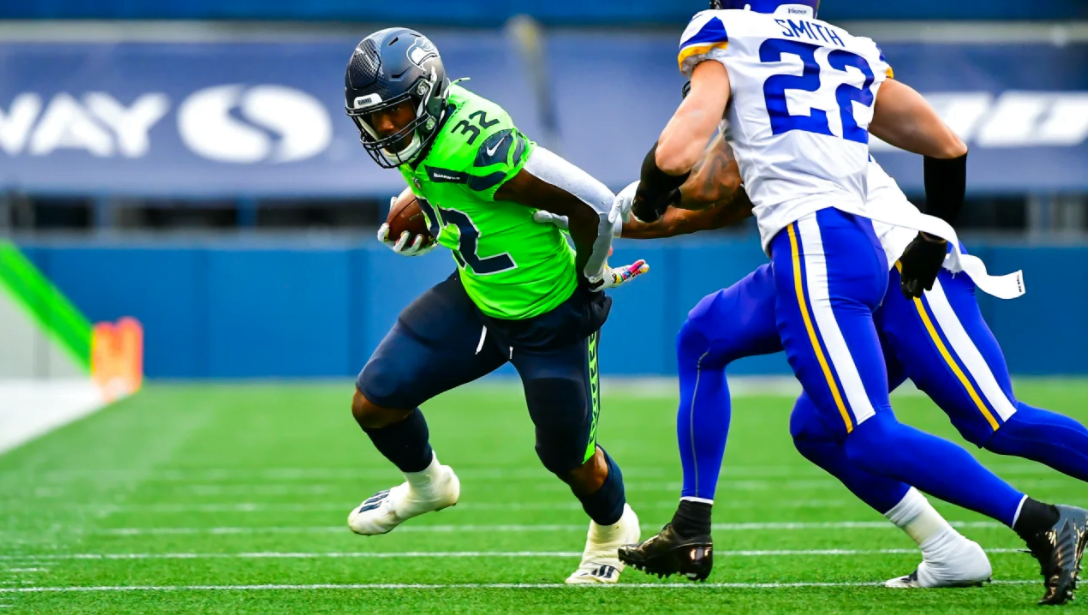 Carson carried the ball eight times for 52 yards and continued to be a featured weapon for Russell Wilson in the passing game, hauling in six of seven targets for 27 yards as the Seahawks edged out the Vikings 27-26. Seattle is 5-0 for the first time in franchise history, and Carson is a big reason why.

Ogbah has gotten to the QB in four-consecutive games. This week it was a strip-sack of 49ers QB C.J. Beathard during his Dolphins’ 43-17 route of San Fran.

Ogbah ended the day with three total tackles, that sack, a QB hit, a pass defended and the forced fumble.

• A week after his big debut, Tyron Johnson saw just five snaps on offense during the Chargers’ 30-27 OT loss to the Saints. He did record one rush for seven yards and returned four kicks for 70 yards (with a long of 23 yards).

• James Washington caught three of four targets for 25 yards during the Steelers’ 38-29 win over the Eagles.

• Tre Flowers was relegated back to a reserve role with the return of Seattle CB Quinton Dunbar. Flowers still managed four combined tackles in the close win.

• Kevin Peterson recovered a fumble falling on a muffed punt by New York Jets returner Christian Kirk. Peterson’s Cardinals came out on top of the Jets 30-10.

• Dan Bailey went 2-for-2 on field goals including a 52-yard field goal to put the Vikings up 10-0 over the Seahawks in the first quarter.