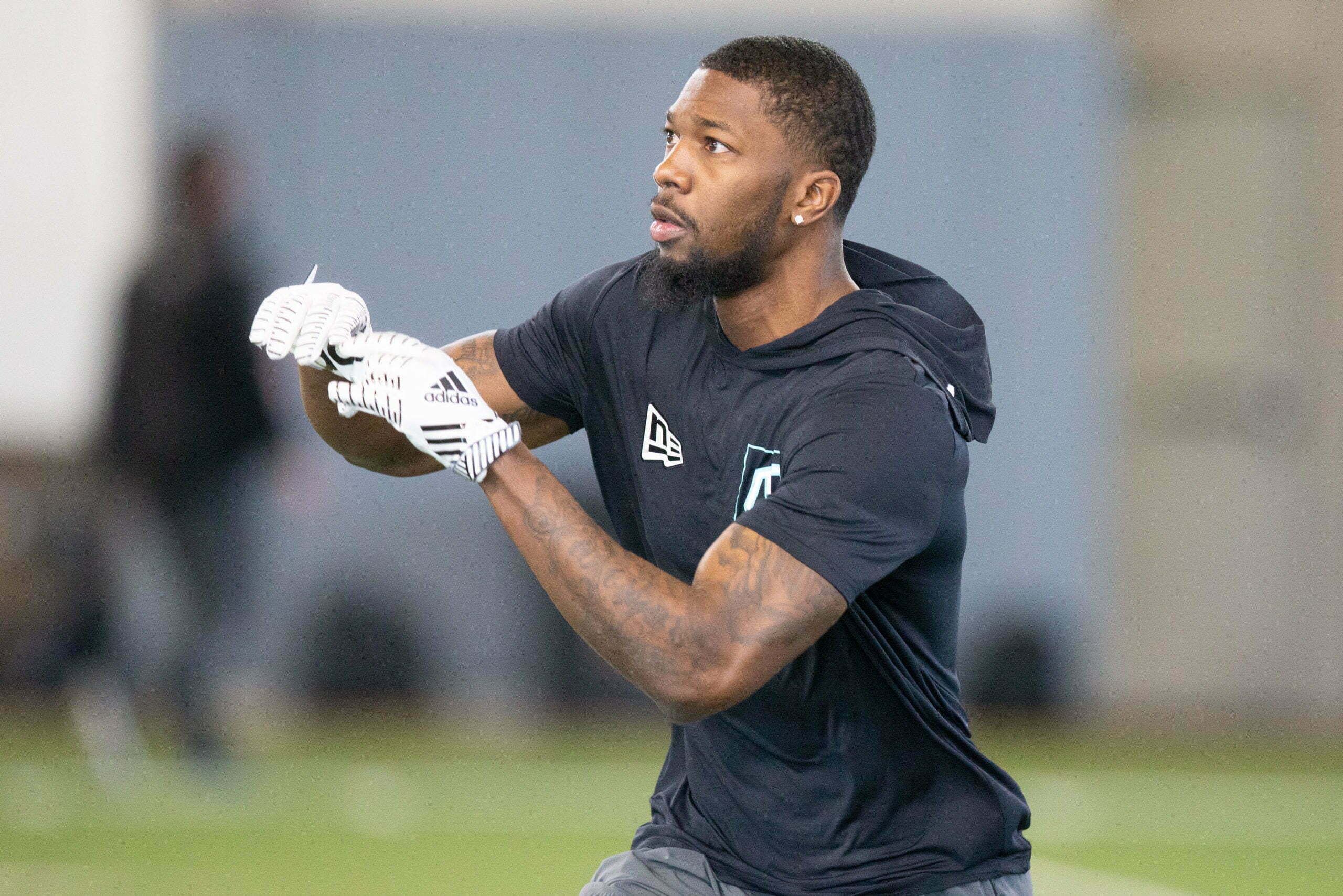 We’re into the final week of the NFL preseason and several former Cowboys have been making plays as they try to either earn a spot or solidify their standing with their respective teams. Here are some of the best of those highlights.

The former star duo at Oklahoma State squared off on Saturday, and Tylan’s Panthers took a 20-3 victory, with no small thanks to Tylan. He made two catches for 36 yards, including this very Tylan play.

Chuba logged nine carries for just 24 yards as the Panthers struggled to move the ball on Baltimore’s defense. But he’s had his own highlights this preseason. The week prior he gave NFL fans a taste of what he did on a weekly basis at OSU.

‘I Think We Stopped Him’

Speaking of reunions, former starting corners A.J. Green and Rodarius Williams faced off as well this weekend with Green’s Browns earning the 17-13 win.

Williams’ team may have taken the loss, but he was plenty impactful, further padding his case for a roster spot this fall. Rodarius led the Giants with six tackles and added this pass breakup. Green also tallied three tackles.

Going on four seasons, Ateman has gone back and forth from the Raiders active roster to its practice squad. Las Vegas signed him to a Reserve/Future contract in February, and he looks as motivated as ever to stick on the active roster.

On Saturday, he caught two of three targets for a team-leading 45 yards and this score as the Raiders edged out the Rams.

Ateman has not played in an regular season game since his 11 appearances in 2019. He has 20 career receptions for 270 yards and a score.

Philly Making His Way in NYC

Matt Ammendola is doing his darnedest to earn a job as the Jets’ starting kicker. Ahead of Saturday’s 23-14 win over Green Bay — in which he was a perfect 3-for-3 — the Jets waived the only other kicker on the roster, Chris Naggar. Jets head coach Robert Saleh said it was an opportunity for Ammendola to “see if he can get a stranglehold on” the starting job.

And he didn’t disappoint.

With more roster moves still to be made, the starting job isn’t guaranteed to Ammendola, but it’s probably his to lose at this point.

Makes Ribs, Not Highlights … For Now

Teven Jenkins, unfortunately, won’t be making any highlights plays in the near future, but he looks set to make some good BBQ. The Bears’ second round pick underwent back surgery last Wednesday and will miss significant time. At least he’s got a hobby to keep him occupied during his rehab.