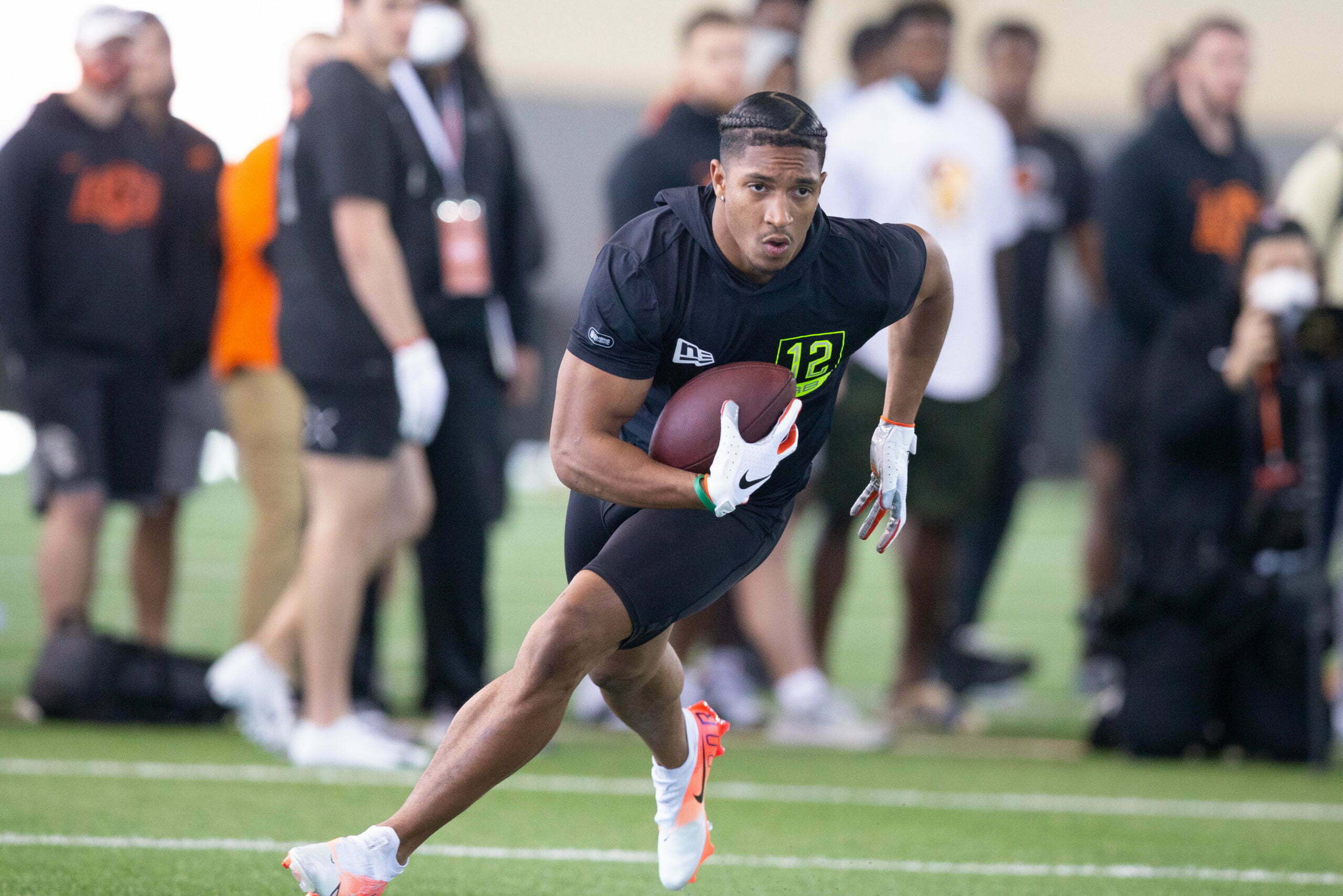 The NFL’s Week 3 wrapped on Monday night with the Dallas Cowboys’ X to the Philadelphia Eagles. Let’s start our NFL update there, with former OSU tight end Blake Jarwin.

The Cowboy/current Cowboy tight end was in action on Monday Night Football as his Cowboys took care of their division rival 41-21.

Jarwin snagged both of his targets for 14 yards. While he and fellow TE Dalton Schultz have both started each game for the Cowboys, the latter earned the game ball on Monday. Schultz reeled om six of seven targets for a team-leading 80 yards and two scores. But the two-tight end scheme, and as potent as Dallas’ offense is looking, expect Jarwin to have just as many opportunities as the season goes along.

After Panthers RB1 Christian McCaffrey exited Thursday night’s with a hamstring injury, it was up to the rookie to take over, and he was up to the task.

In two-plus quarters, Chuba carried the ball 11 times for 52 yards and caught three passes for 27 yards. He wasn’t perfect but it was a promising outing for his first in a featured role.

With McCaffrey expected to miss “a few weeks” the fourth-round pick will get the opportunity to show what he can do as the top rusher for four quarters. His first career start will be in Week 4’s road game at Dallas.

Carson Was Going Early for the Seahawks

Chris Carson broke loose for a big score in the first half of the Seahawks’ loss to Minnesota, but Seattle didn’t score again. At 30 yards it was the longest touchdown of his career. Carson is tied for the league’s lead at three rushing TDs.

Carson finished with 80 yards on 12 carries including that score. He also caught a pair of dump-off passes for a couple of yards.

In the NFL, the difference in a winning and losing can be this close. On Sunday, Miami held a 14-0 lead before allowing Las Vegas to score 25 unanswered points. The Phins were able to surge back and force overtime and even answer a Raiders OT field goal.

Ogbah’s Dolphins ultimately fell in overtime in Vegas, but not before the former OSU sack leader got three hits on Derek Carr.

• James Washington caught three of five targets for 20 yards and might be looking at even more attention from Big Ben with JuJu Smith-Schuster going down with injury. He’s day-to-day heading into next week.

• Rodarius Williams recorded his first career tackle as he saw his reps increase in hits third game. The Giants fell to the Falcons 17-14.

• A.J. Green recorded a tackle on special teams in the Browns’ 26-6 win over the Bears.