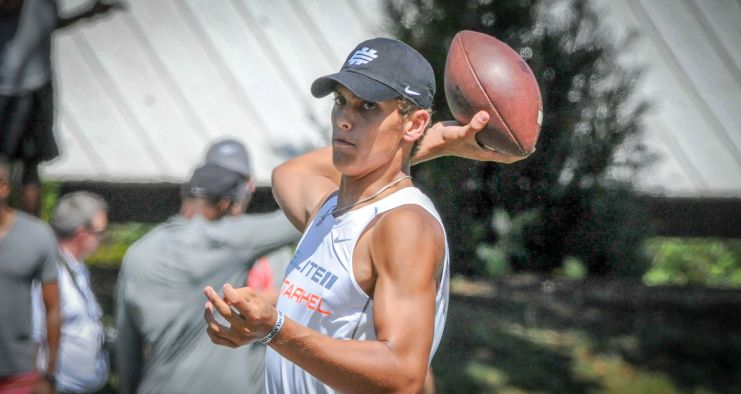 Oklahoma State’s once under-the-radar recruit Nick Starkel announced his verbal commitment to the Pokes earlier in April, but on Sunday evening he announced his decision to back off his commitment and open up his options. “Over the last couple of weeks I have spent time praying and discussing with my family about my college decision,” Starkel said. “We have decided that it is best for me to open up my recruitment.”

I would like to thank Oklahoma State for everything… pic.twitter.com/KEwO44Vjks

This leaves the Cowboys in a precarious and similar position as last year. The prized recruit from last year, running back Ronald Jones, decommitted near the end of the cycle and ultimately chose to take his talents to Southern Cal. With just over 2 months until signing day, the coaching staff, although they may have quarterbacks on the horizon, are left in an uncomfortable position to fill a position of importance.

Starkel’s final message on twitter, “The coaches and relationships I made in Stillwater will last forever,” leads me to believe he isn’t just rethinking, he is definitely moving on elsewhere. Although he told gopokes.com that he is “still considering Oklahoma State.”

Film Study: What OSU is Getting in WR John Paul Richardson