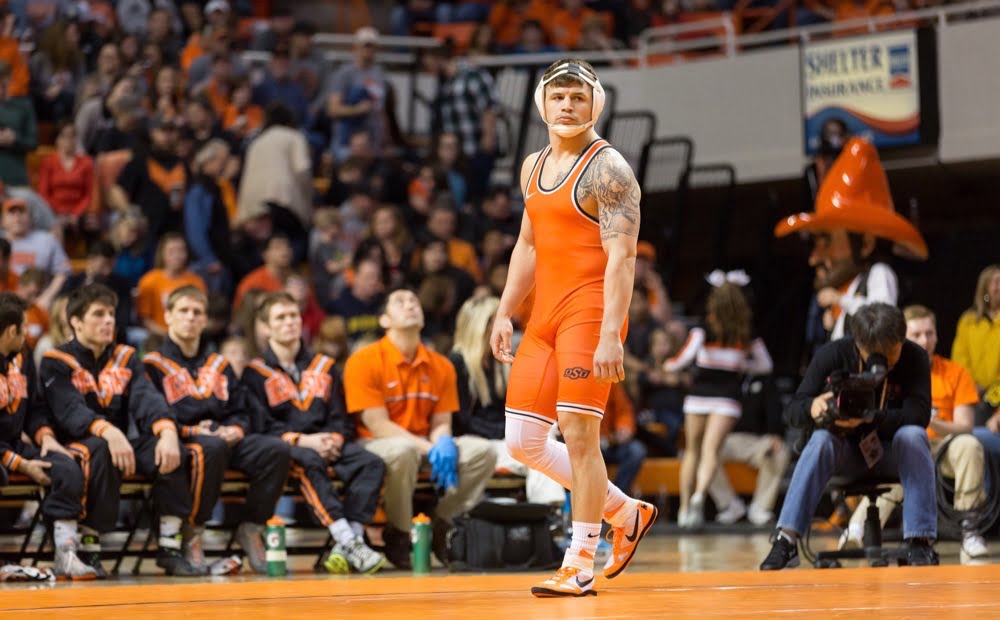 Oklahoma State and Penn State will meet in Historic Gallagher-Iba Arena this weekend to settle who is the best dual team in the country this season. Much debate and discussion has been sparked this year to decide which team is best.

The argument in favor of the Cowboys points towards depth. With all ten wrestlers ranked within the top 11, and nine of those being ranked in the top eight, the Cowboys offer the only lineup in the country that is this solid from top to bottom. Penn State, however, makes up for a slight lack of depth with a trio of dominant wrestlers that have an ability unlike most in the country to turn their opponents to their backs to pick up bonus points.

A few years back in an effort to drum up interest in the sport, the National Wrestling Coaches Association decided to pit the top eight Big 10 teams against the top eight non-Big 10 schools in a de-facto “bowl game” experience. The results often don’t line up perfectly, mostly because Iowa is afraid to wrestle Virginia Tech, but it has done a great job matching Oklahoma State up with Penn State annually. The event offers a nice preview of what the top teams in the nation are offering before the conference tournaments and national tournament.

One thing is for certain, this will be a must-watch match for any wrestling fan. If you are in any proximity to Stillwater, this writer implores you to make the trip to Orange Country on Sunday to catch a glimpse of two of the best teams to wrestle go after each other.

Last year in this very same event, Penn State was able to put 16,000 in their arena. Would be great for the Cowboy faithful to fill up Gallagher-Iba for this. Tickets are $10, and cheese fries at Joe’s are still delicious.