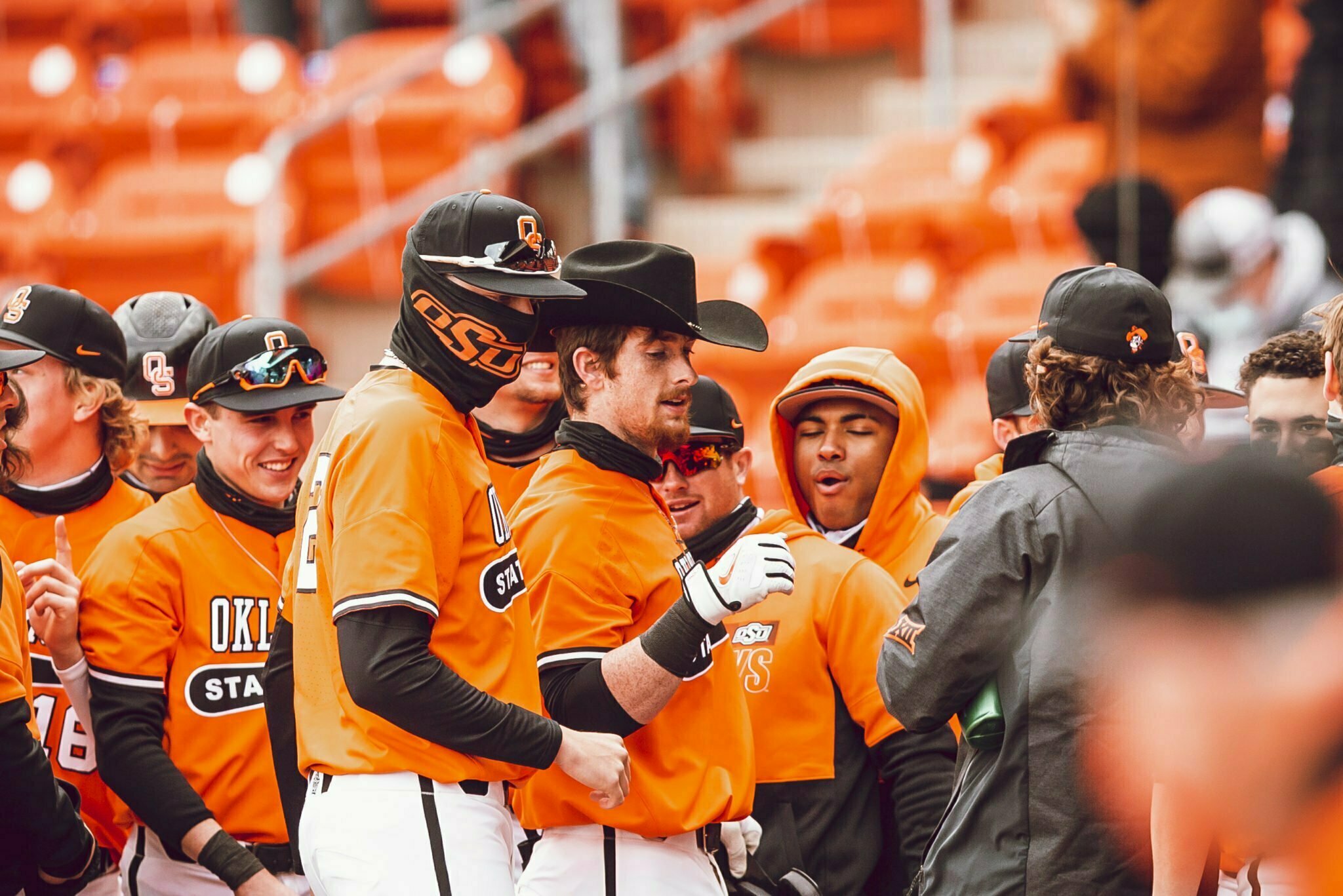 As a true freshman, he played at second base, at first base, in right field, as a designated hitter, as a pitcher … and in the fall he was practicing at quarterback. He has dropped the dual-sport status entering his sophomore year, and it sounds as if he’ll start in a new spot on the diamond for the Cowboys in 2022: at third base. OSU coach Josh Holliday said he might also play in a corner outfield spot and could still pitch if Rob Walton needs him to.

“Really, that was kind of the plan all along, was to have the first fall we’ve had with him to develop him and his skill set defensively,” Holliday said. “He’s made good strides at third base and is also very comfortable in the outfield. So I would say between those two spots, that’s where you’ll see Nolan.”

After a year of playing for Holliday and Mike Gundy, McLean enters his sophomore season eligible for the MLB Draft because of his age. Third base has been a solid spot for Pokes looking to get drafted. The Cowboys’ past two regular third basemen, Christian Encarnacion-Strand and Kaden Polcovich, were All-Americans and drafted in the first four rounds of the MLB Draft.

McLean came to Stillwater as a highly touted MLB prospect, but because of the pandemic, the MLB draft was cut to five rounds in 2020. No team was willing to use a pick on the North Carolina high school product, despite McLean being the No. 60 player in the MLB’s prospect rankings.

He enters his sophomore season as a Preseason All-American, according to D1Baseball. He was also on the Preseason All-Big 12 Team, as voted on by the league’s coaches. He is the No. 46 player on the MLB’s draft prospect rankings.

McLean said he’ll always miss football, saying it was like “breaking up with a girlfriend you dated for 15 years.”

“I’ve been playing baseball for probably 17 years now, since I could walk pretty much, but I’ve never fully committed to it,” McLean said. “So, I think just having one sport to deal with and putting all my time and focus into it is just helping me in all aspects of the game.”

He might’ve missed out on a Fiesta Bowl run this fall, but the work he put in during his first fall of baseball in a long while could pay dividends for his future and the Pokes’ season.

“With this being a year where professional baseball is going to spend a lot of time evaluating him, we just had a very honest conversation about how important it may be for him to continue to put the time in this past fall to get his baseball skills where they can get prior to this opportunity to go through the draft process,” Holliday said. “As much as he loved football, knowing that his clock in baseball was ticking, the time spent this fall with his skills and baseball, we just discussed the value of that versus another fall with the football program where baseball would be in the backdrop and then here he comes a spring where he’s going to try to pick up and put his skills together.

“Just more of an evaluation of where he’s at with his career. As much as he loves football, he is a future baseball player at the professional level. That clock is moving along a little faster than say the clock would be on a college football career, which sometimes takes four or five years before players see the entire process through in football.”