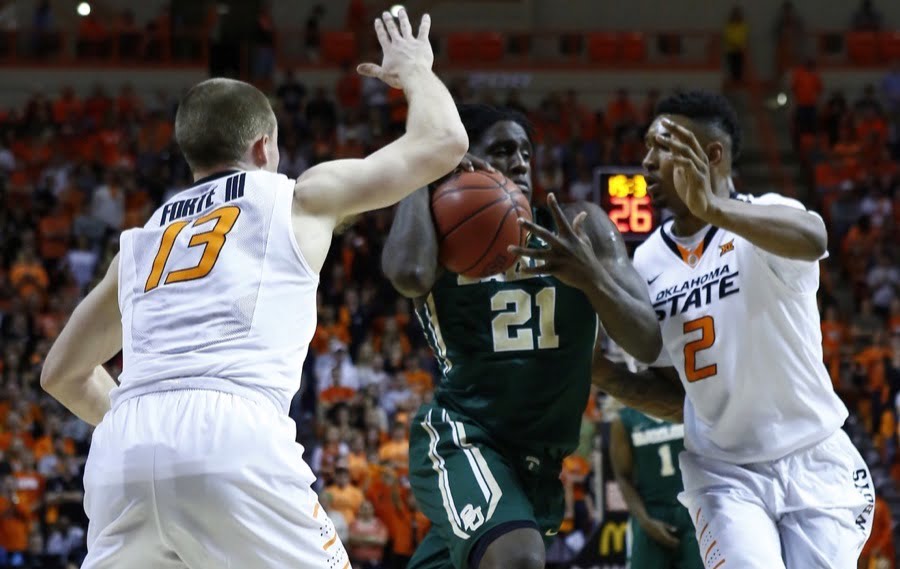 Anecdotally the story is easily told.

OSU is great at home and abysmal on the road. Remember that Kansas game in GIA in 2014? What about 2015? And social media only exacerbates Travis Ford’s conference road woes.

But what about empirically? Does the data back up what I believe I’m seeing with my eyes. Is OSU really Jekyll at home and Hyde on the road?

Doug Drinen of Sports Reference threw some data at me at the very end of January that hasn’t been updated in the last two weeks but I trust you’ll see the point I’m trying to make.

Now there are two ways to look at this. One is that of the teams on this list only OSU, Mizzou and Bama have more than 40 wins at home.

When you win that much at home, even a mediocre road winning percentage is going to stick out like a sore thumb.

Still, it’s not pretty when you’re the only school with a 50 percentage-point swing between home and road record because it means you have to win nearly all your home conference games every season just to sniff the tournament.