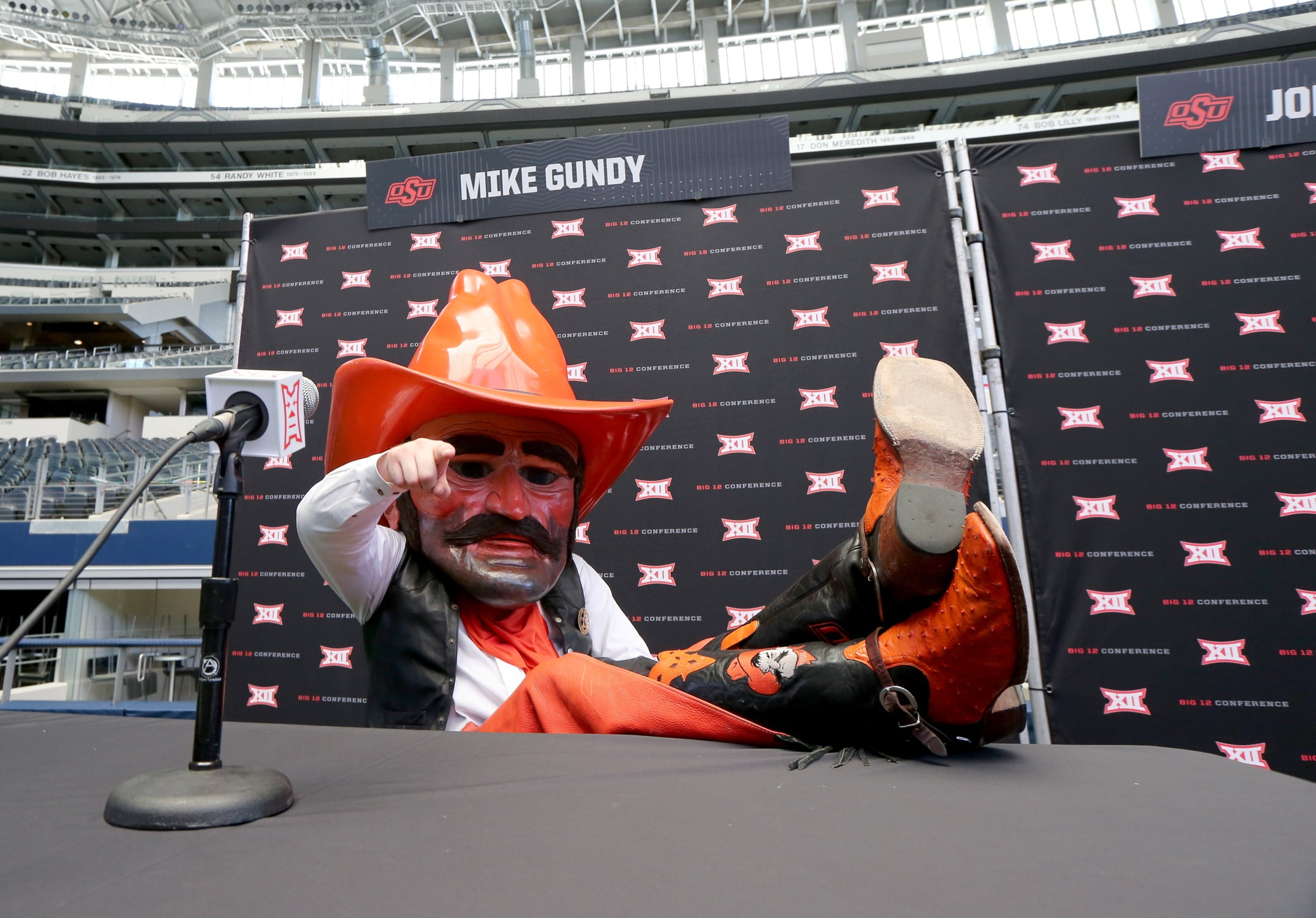 ARLINGTON, Texas — Big 12 Media Days provide an unofficial starting point to the college football season, and here we are.

Les Miles, Gary Patterson, Mike Gundy, Matt Wells and Lincoln Riley all took the podium Monday at AT&T Stadium with 0-0 records. We’ll have coverage from the event for the next few weeks, awaiting on Oklahoma State to start fall practice, but here are a handful of quick hits from Monday.

It brings in a bit of a new era of Big 12 football. The conference still has some staples in Mike Gundy, who starts his 15th season as OSU’s coach, and Gary Patterson, who has been at TCU since 2000.

TCU didn’t join the Big 12 until 2012, but Patterson has been there every step of the way. Entering his 19th season in Forth Worth, Patterson is the second-longest tenured coach in the country behind Iowa’s Kirk Ferentz.

“I have a little bit of cockroach DNA, and you can’t kill a cockroach,” Patterson said. “You just gotta keep moving forward. I started in fifth place with my wife. I just outlasted everybody else.”

The mullet is as flowing as ever:

Here’s what its owner had to say about it:

“Oh, I thought about actually getting a haircut yesterday, but it was Sunday and they were closed, so I decided to wing it,” Gundy said. “I don’t know anymore. It’s hard for me at times to decide what I’m going to do the next day until I get into the season. So hang out and go with it. As long as it makes me look younger. If somebody said it makes you look old, I would probably cut it.”

Oklahoma has won the conference title in four consecutive seasons.

The Sooners also have back-to-back Heisman Trophy winners and have made the College Football Playoff three of its five seasons in existence.

So naturally, Gundy was asked about his in-state rival’s successes Monday, and he had some fun with it.

“They’ve got good players,” Gundy said. “The last couple of years they’ve had average quarterback play, and they’ve overcome it. So they’ve been very successful and somebody’s got to take it from them. That question came up a few years ago about Alabama and the SEC, and my response was somebody from the league needs to beat them and take it from them. I think it’s the same in dealing with Oklahoma.”

Toward the end of Big 12 commissioner Bob Bowlsby’s state of the Big 12 address to start the day, he said he wanted the media in attendance to take particular note of something.

Like a professor mentioning something that’s going to be on the final, he said he wanted to see pencils moving and fingers tapping.

“Contrary to popular belief, there are kids that tackle in the Big 12. Thank you for noting that.”

The Big 12 has long been thought of as a defenseless league, but stats like that could help shift those thoughts into the conference’s offense being just that good.

Bowlsby announced the Big 12’s partnership with ESPN+ will be called Big 12 Now. The conference announced its expansion with ESPN in early April, and that the conference would have a de facto “TV” network on ESPN+, ESPN’s subscription-based streaming service. That service now has a name.

“So whether it’s your mobile device, your iPad, your Android or some manner of consumption you have with your home 80-inch TV, this is going to be omnipresent,” Bowlsby said. “It’s available 24/7, 365 worldwide. It doesn’t diminish our reliance on ESPN and Fox as our partners with our tier-one consumption, but all of our sports will be available on ESPN+, on Big 12 Now at one time or another.”