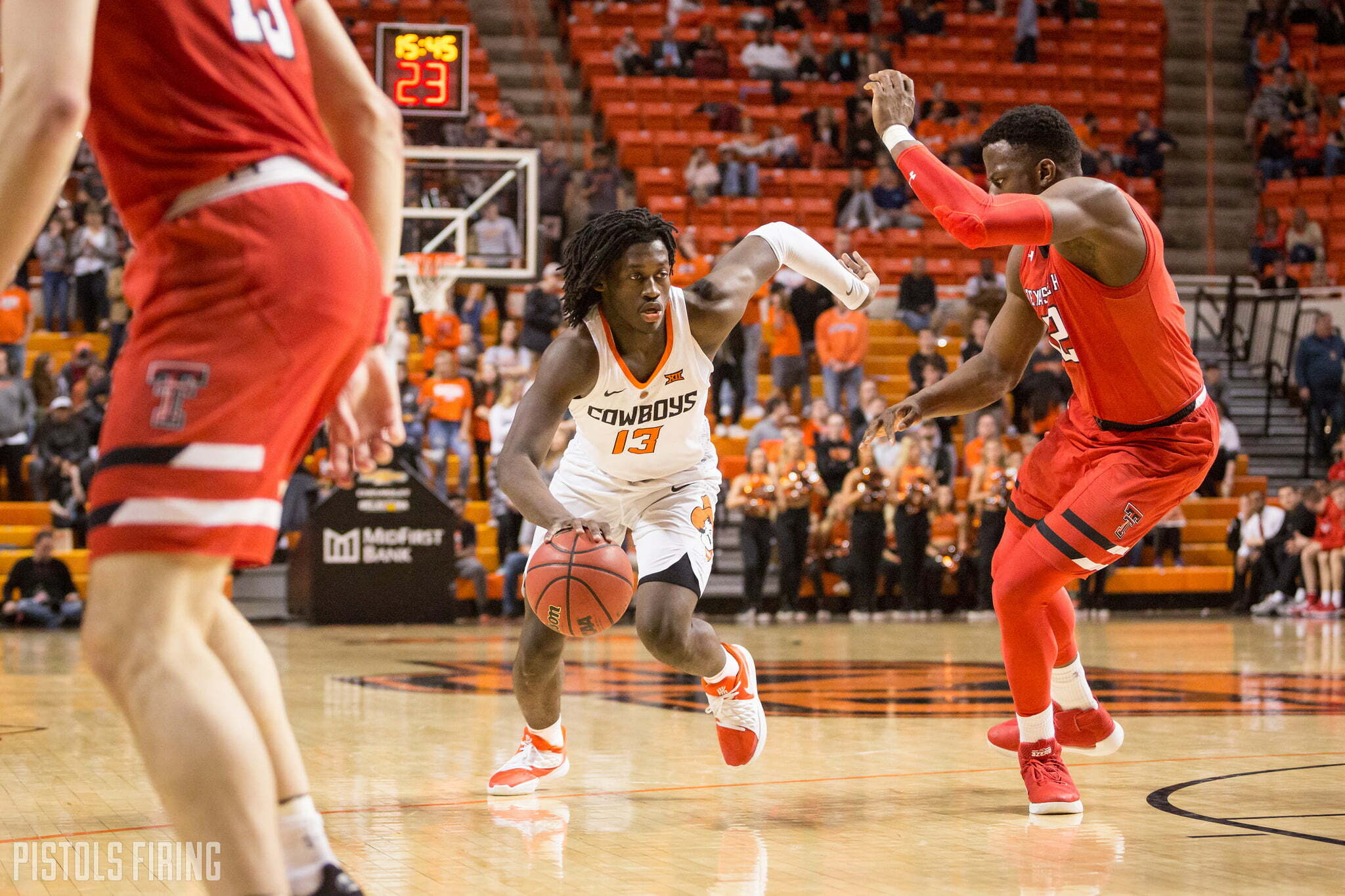 STILLWATER — The Oklahoma State basketball team has landed in Austin, but before the Cowboys took off, they met with the media.

Here are some of the highlights.

OSU coach Mike Boynton said the biggest difference between the Texas team the Cowboys beat Jan. 8 and the team OSU will face Saturday is the emergence of Courtney Ramey.

Before Jan. 19, Ramey, a freshman guard, hadn’t played more than 26 minutes in a game  this season. Since, Ramey has averaged 31 minutes, 12 points, three assists and three rebounds a game. Boynton and his staff heavily recruited Ramey last season only for the class of 2018’s 43rd overall prospect to choose Texas.

“I watched that kid a lot,” Boynton said. “He’s such a competitor. You knew he’d figure it out before long, and he has. So, they’ve now been playing him and (Matt) Coleman together a lot with (Kerwin) Roach, so they got really, three good, playmaking guards out there most of the time.”

Likekele, from Arlington, came up clutch in the Cowboys’ 61-58 victory against Texas earlier in the year. He knocked down a pair of free throws to put OSU up three with 10 seconds left. On Texas’ ensuing trip down the floor, Likekele locked up Ramey who heaved up an ugly 3-point attempt at the buzzer.

Likekele said the key for him in late-game scenarios is to not think too much. He also said he is comfortable with the ball in his hands in those scenarios because the team believes in him.

“You really don’t think too much because once you start overthinking, that’s when you’re bound to mess up,” Likekele said. “I really just shot those free throws with, ‘If it goes in, it goes in. If it don’t, you gotta go get a stop.'”

The Cowboys suffered their second-worst home loss in program history Wednesday night when they lost 78-50 to Texas Tech.

In the days after, the Pokes had to relive the devastation in film sessions, something Likekele said was a necessary task.

“Of course you don’t like watching that type of film, but it’s needed,” Likekele said. “It’s needed to really just learn. We learned a lot of things just watching that film. There’s a lot of uncharacteristic things that we did as a team. It really didn’t even look like us.”

Boynton said it was good for them to see and have honest dialogue about. He said there are usually times the staff can say the team did something well, but there wasn’t much of that in the Texas Tech film.

“I don’t know if players necessarily evaluate things as they’re going on,” Boynton said. “Their attention spans are really short. That’s kinda one of those generational things, I guess. I actually heard a study that kids only pay attention to things for like 2 seconds at a time now. So, they kinda let things go pretty quickly, so I don’t know if during the game they can feel the momentum maybe going in a bad direction and have the ability to stop it. But, when they watch the film, there’s no denying.

“I tell them, ‘Hey, that’s us. That’s me on the sideline, and that’s you in the uniform out there. That’s us not doing the things that are necessary to have success.’ They probably need the film more than I maybe needed to (in college). I don’t know. I wasn’t half as good as half these guys, so I kinda knew when I was bad immediately, most of the time because I was on the bench when that happened.”

Boynton and the Cowboys don’t have the luxury of a bench with only six guys doing a majority of the workload.