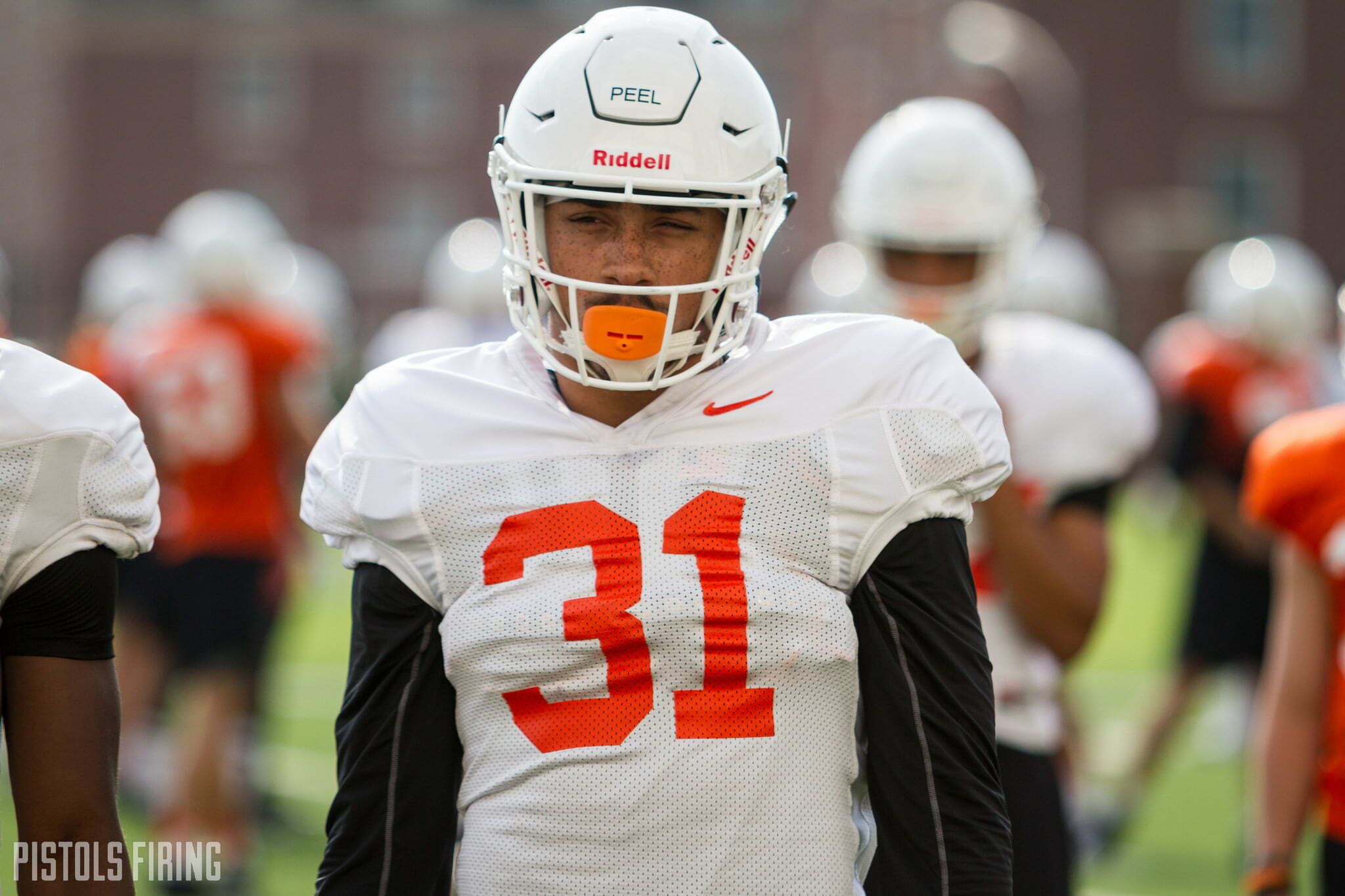 STILLWATER – Oklahoma State vs. Missouri State is less than a week out, as Mike Gundy held his first media luncheon of the season Friday in Boone Pickens Stadium, and PFB was there to hear from Gundy and select players.

Cowboys Won’t Shy Away from Long Ball in 2018

Don’t expect the Cowboys’ offense to have overarching changes in the post-Rudolph era.

At the season’s first media luncheon Friday, OSU coach Mike Gundy noted that, though the Cowboys are without Mason Rudolph, James Washington and Marcell Ateman, the Cowboy offense will still stay true to its past successes.

“We’re going to throw the ball downfield, deep,” Gundy said. “It might not look good, but we’re not gonna stop doing that. That’s what we do. That’s who we are.

“Hopefully we’ll hit a percentage of them. We have a pretty good idea of how many of them we need to hit, but we’re gonna chunk it down the field a bunch, and we’re gonna see what happens.”

Gundy fielded a lot of questions about fifth-year senior Taylor Cornelius on Friday, most of which had to do with Gundy’s nerves on Cornelius’ first start, but Gundy said he is confident in his starter. Not much seems to stress Gundy, as Friday he recited his 120/82 blood pressure to prove his tranquility.

“He can throw ’em all,” Gundy said of Cornelius. “I’m not nervous about him at all. I’m really not. I’ve been wrong before, a lot of times in my life, but I’m not concerned one bit with him.”

There weren’t many surprises on the depth chart Oklahoma State released Friday, apart from at right guard.

Shane Richards was listed at the top in place of Larry Williams. Williams was injured last season before the Cowboys’ Big 12 opener and was given a late medical redshirt. Williams even attended OSU’s pro day in case he was unable to stay at OSU.

“We have eight linemen, in my opinion, that we’re fairly comfortable with that we could play our style of offense and block pretty good,” Gundy said. “So, what we would like to do is give some of those guys a rest.”

Gundy went on to talk about different players’ cardiovascular systems and how some got tired faster than others, but he wrapped back around and said the goal is to rotate guards Richards, Williams and Marcus Keyes, who was listed as the starter at left guard.

“That’s our plan,” Gundy said. “How much of that we can follow through, I’m not sure, but we feel really good about those three guards. We would prefer to rotate those guys and keep them fresh if all things worked like we want them to.”

Richards is a monstrous 6-foot-8, 336 pounds and is from Calgary, Canada. He played in four games in 2016 but redshirted last season. Before that, he played junior college ball at the New Mexico Military Institute.

“He’s been in the system for quite a while now,” Gundy said. “We feel comfortable about his knowledge and his awareness and understanding of playing really fast. He’s a giant. I mean he’s 6-7 or whatever they put on there. He’s really big.

Look Out for Kolby Peel

Safety Kolby Peel was one of three freshmen defensive backs that showed up on Friday’s depth chart, along with fellow safety Jarrick Bernard and corner Tanner McCalister who was listed as a punt returner.

Peel was slotted behind Kenneth Edison-McGruder, and according to Darrion Daniels, that’s not a bad spot for him.

“Kolby Peel, I know for a fact he’s going to surprise some people,” Daniels said. “He’s one of those headhunters. He kinda reminds me of Grud. McGruder, his first year here, he was like, ‘I’m fixing to hit somebody.’ I feel like Kolby has the same kind of mindset.”

Peel is a former three-star recruit from A&M Consolidated in College Station, Texas. Peel played safety and linebacker in high school, furthering the comparisons with Edison-McGruder.

“He’s gonna play a lot of football this year, and I think he’s going to surprise the fans a lot,” Edison-McGruder said. “People really don’t know about him. He’s just aggressive. He’s smart. He don’t mind hitting you, and he flies to the ball. He’s that kind of defensive player you want.”