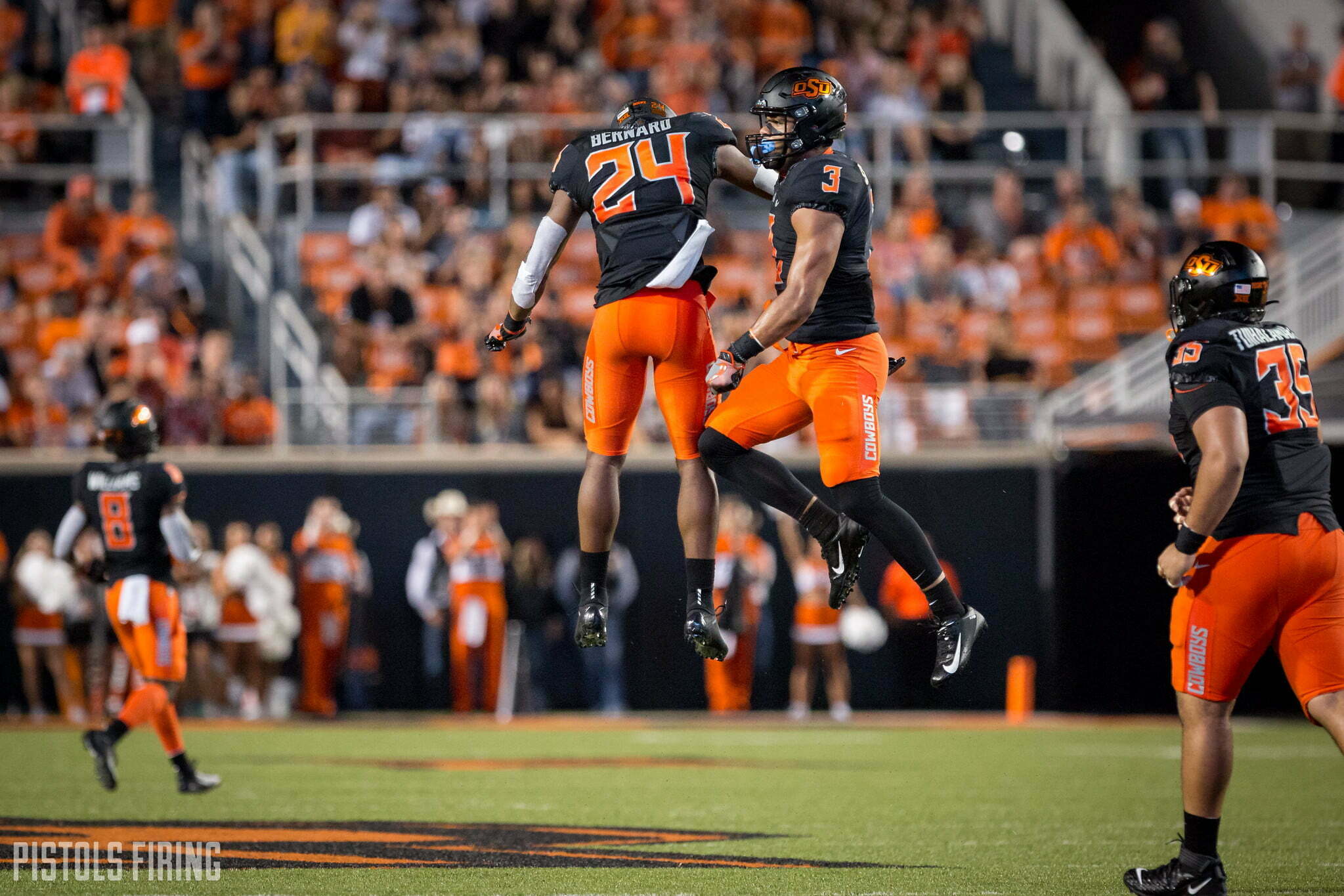 Mike Gundy met with reporters for the first time in a long time Monday, leaving a lot that needed to be caught up on.

Here are three topics Gundy touched on in his teleconference.

The Cowboys added a piece to their 2020 class since Gundy last spoke to the media: in-state running back Dominic Richardson.

Richardson’s journey from Bishop McGuinness to signing with TCU before ending up in Stillwater has been well documented. But apparently outside of that controversy, Richardson has fit in nicely with the Pokes.

“We’re really excited about what Dom brings,” Gundy said. “He’s been awesome. He’s come in, great addition for us. He’s worked hard, getting a lot of reps in practice. Excited to have him in our program.”

It will be interesting to see whether Richardson can get a few carries in his true freshman season. Chuba Hubbard is the position group’s obviously starter, and LD Brown is his veteran backup. From there, Richardson would likely compete with Dezmon Jackson, Deondrick Glass and Micah Cooper for any garbage-time carries the group can get its hands on in the shortened season.

The last time OSU had an ESPN crew following it around during fall camp, the Cowboys won a Big 12 title.

In 2011, OSU was one school focused on ESPN’s Quarterback Depth Chart series. Brandon Weeden, Clint Chelf and J.W. Walsh were the main focuses of the hourlong documentary. Gundy drew comparisons to having that crew follow him around in 2011 to this one in 2020.

“It’s been fun,” Gundy said. “Good guys, you get to know them. We did it before, I don’t know how many years ago it was — seven, eight or nine years. They all run together for me. But I think it’s really good for our players. I think it’s good for our staff. It’s good for people to see the inside of Cowboy football and our culture here.”

There are some differences in the documentaries, though. The 2011 was a one-time hourlong film that concluded after OSU’s season-opening 61-34 victory against Louisiana. This one is set to track the Cowboys all season.

“They have an inside look,” Gundy said. “They’re involved in everything. It takes time. It’s not the easiest thing for coaches because we try to stay the course when it comes to working on football all the time, but you have to make special exceptions when you have a crew following you around like ESPN is doing us during this year.”

Oklahoma State is returning six players who have at least 100 total tackles in their careers:

Then add to that, Trace Ford, Tre Sterling, Brock Martin, Israel Antwine, Christian Holmes, Cameron Murray, Brendon Evers, Tyler Lacy, Tanner McCalister, Samuela Tuihalamaka, Collin Clay and Thomas Harper (catches breath). This has a good shot to be the best defense the Cowboys have had in a while, and it’s something to be optimistic about for Gundy.

“I’m really excited about our defense,” Gundy said. “Their attitude, the way they’re flying around, their encouragement, their enthusiasm has been fantastic. We have a number of guys that have a lot of snaps on that side of the ball, and that’s the way it should be in practice. I really like our schemes. I like the attitude of our players. Looking forward to two weeks of practice and then watching them play in a game.”