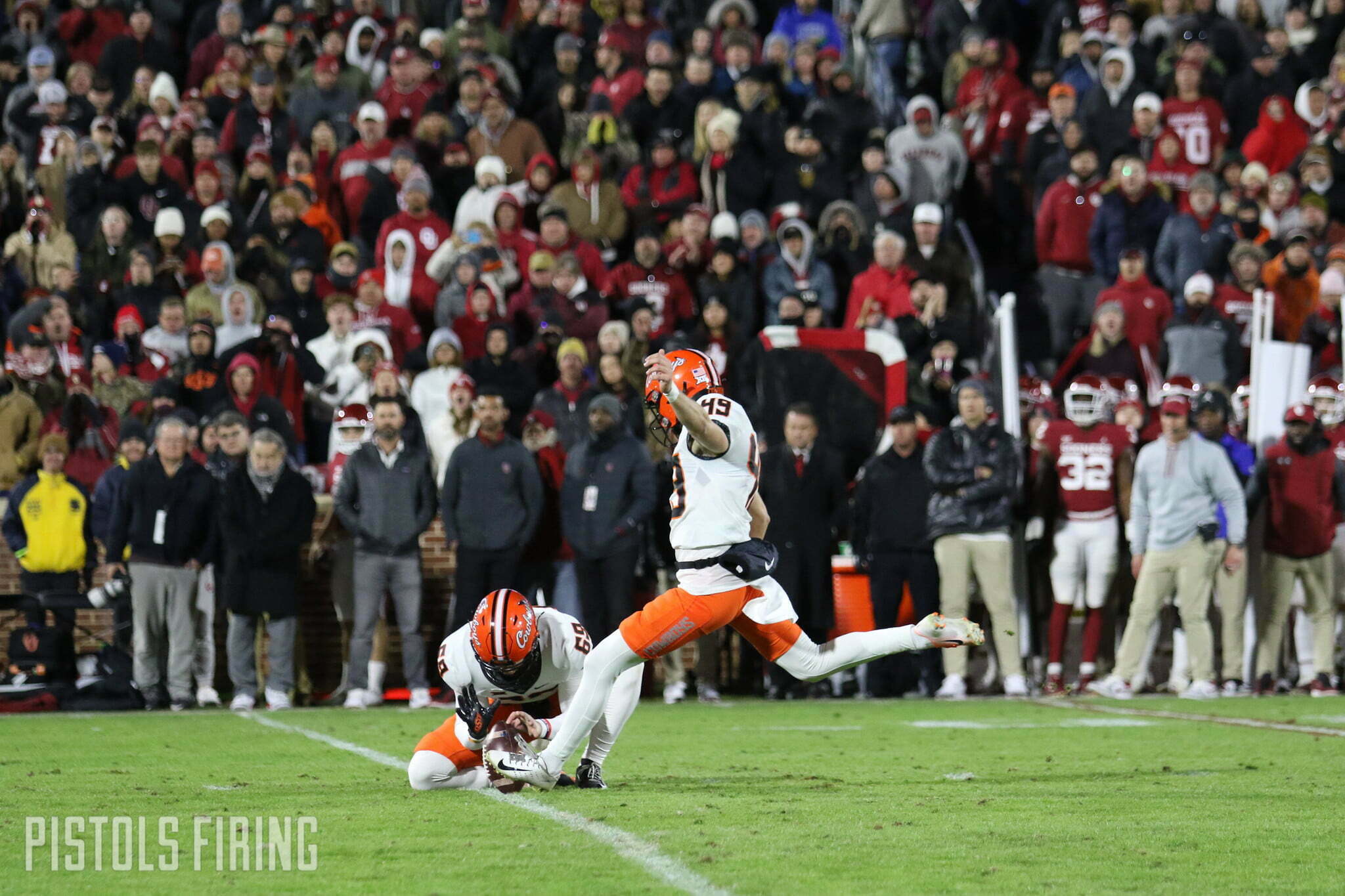 STILLWATER — A shot at redemption in the Big 12 title game is off the table, but with Senior Day coming up Saturday, the Cowboys still have a shot to better their bowl positioning.

Tanner Brown has gone from hitting the (Twitter) streets looking for an opportunity to being a Lou Groza semifinalist.

Brown is 19-for-20 on field goals this season and hasn’t missed an extra point, but if it wasn’t for him sending his film out to every coach he could track down, his journey in college football might’ve already been over.

After graduating from Saugus High School in California, Brown played two seasons at College of the Canyons, a junior college in California, where he was a junior college All-American. That led him a little farther east to UNLV, where he walked on and punted but didn’t kick for the Rebels in 2020. Looking for another opportunity, Brown left the Rebels but instead of the recruiters coming to him, he had to go to the recruiters.

It’s the modern day version of walking into a café and asking the guy at the counter if they need any help.

Eventually, Brown got a response from M.K. Taylor, a special teams analyst who is no longer with the program. Brown walked on to be a kick-off specialist, and the rest is now history.

How to Stop Slow Starts

In the past four games, Oklahoma State has been outscored a combined 52-0 in the first quarter.

The biggest example of that came just last week when Oklahoma put up 28 on the Cowboys in the opening frame. Half of this battle involves OSU scoring. The other half involves OSU stopping teams from scoring. How does the latter take place?

What Makes a Good Long Snapper

Matt Hembrough, vaunted as one of the best long snappers in college football, says in a successful play, no one even notices him.

Long snapping is probably the most unique position in football, one an average fan knows the least about. So, what is the difference between a good and average long snapper?

“I think the biggest difference between a good and average long snapper is just being consistent,” Hembrough said. “At this level, there are guys that can throw the ball really fast or really hard or they’re athletic downfield — there’s not a lot of guys that can do all that and be consistent. It’s something that you have to work on. It’s something that, mentally, you have to be strong. You can’t go out there worried. You can’t go out there thinking about other things.”