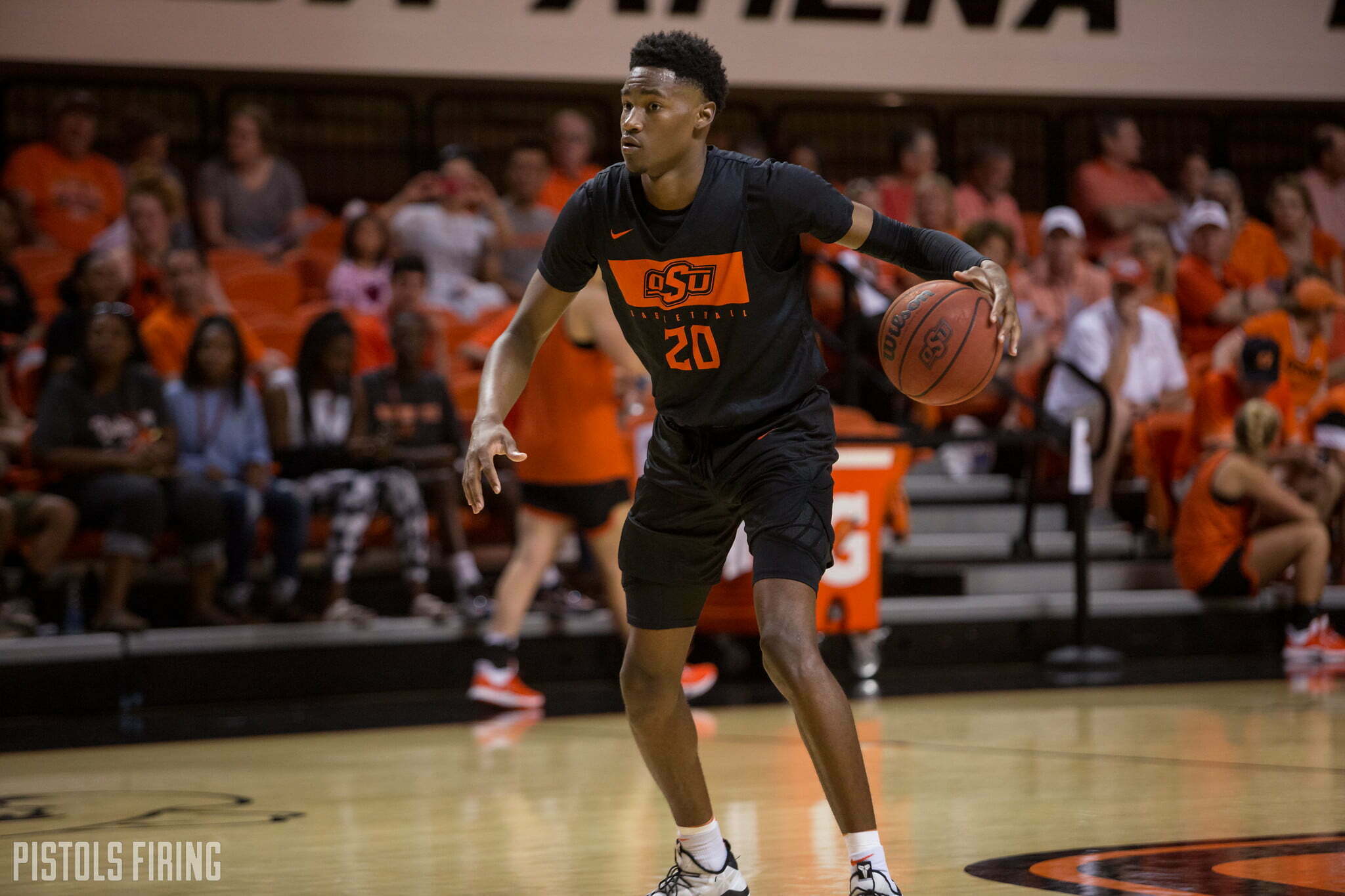 STILLWATER — Last week Mike Boynton said his newcomers could understand the language the Cowboys spoke but couldn’t yet speak it.

On Tuesday, he said his group of six true freshmen are starting to be able to get a few words out and collectively could make a sentence. Members of the Oklahoma State basketball team met with the media before their practice Tuesday, here are some of the subjects discussed.

Barry Hinson is fired up to be back in Stillwater.

Hinson, an OSU grad, joined Mike Boynton’s staff as an analyst, the program announced Tuesday. Hinson returns to Stillwater after being a head coach at Oral Roberts, Missouri State and Southern Illinois. He also spent time on Bill Self’s staff at Kansas.

“I’ve been through the head coaching deal,” Hinson said. “Been there, done that. I don’t need that anymore. If I can do anything to help this university or this program in any way, that’s what I want to do.

“I’m telling you right now, you want to get a knife out? We’ll test it. You cut me open, I bleed orange. So let’s just get that straight right now.”

Hinson has been with the team for a few weeks now before Tuesday’s official announcement.

“Basically it was me coming over here with my tail between my legs and my hat in my hand and just saying I want to come home,” Hinson said. “… Next to getting married and the birth of my children, this is one of the most special days of my life.”

It feels as if Cam McGriff has been a senior the past three seasons, but Friday will be his final Homecoming and Hoops.

The Cowboys’ season-starting event has gotten a bit of a face lift this year. A dunk contest has been added among other things. In it McGriff will face off against freshmen Marcus Watson, Avery Anderson and Kalib Boone. McGriff broke down his competition Tuesday.

“It would be easy to say Marcus has the most athleticism,” McGriff said. “But Avery has a sneaky bounce with him too, and you can’t count out Kalib Boone. They’re all pretty athletic, but if I was a freshman, I would beat them all. That’s all I have to say.”

If Vegas had odds on it, McGriff would probably be the favorite. However, Hidde Roessink said his pick is Watson, his roommate. Boynton gave his nod to Anderson, pointing out that if the 6-foot-2 Anderson and the 6-9 Boone did the same dunk, Anderson would score higher.

McGriff said there isn’t a whole lot of preparation for him going into the dunk contest, but he added that he thinks his “theatrics” will get him over the hump.

“I remember my freshman year, I was so nervous going out there, introducing myself to the fans of Stillwater and Oklahoma State,” McGriff said. “Now it’s like, ‘When are you gonna leave?’ It’s pretty surreal. I’m excited go through my last go around here.”

The contest also has an impressive list of judges in Markel Brown, Mason Rudolph, Tiffany Bias and Andrea Riley.

“I wish (Brown) was in the slam dunk contest,” Boynton said. “I’d put all my money on him.”

Keylan Boone is starting to make an impact within the team.

Boone, a freshman from Tulsa, was the lowest-rated recruit in the Cowboys 2019 class, but his work on the defensive end is standing out to his peers. When asked what newbie he has been impressed with, here is what senior Cam McGriff had to say.

“Keylan’s progression on the defensive end has definitely helped him a lot,” McGriff said. “He has all the tools, but now the principles are definitely coming along for him, getting deflections with his length at his position, offensive rebounding for him are two things that can definitely help him.”

At 6-foot-8, Boone has always had the athleticism, but Boynton said Boone’s positioning has improved to get him in the right spots to be able to use that athletic ability to grab rebounds and get in passing lanes.

“I was actually a little bit concerned about him coming in, not that he couldn’t, that most young guys haven’t been asked to defend, and it takes them a while to understand that it’s important,” Boynton said. “He’s really embraced that, and I think that he’s found, in his mind at least, that maybe that’s a way he can be different. He’s really, really embraced the challenge of being a defensive stopper down the road. He’s not there yet, but he’s really, really trying to pick up those concepts and taking a lot of pride in becoming better in those areas.”