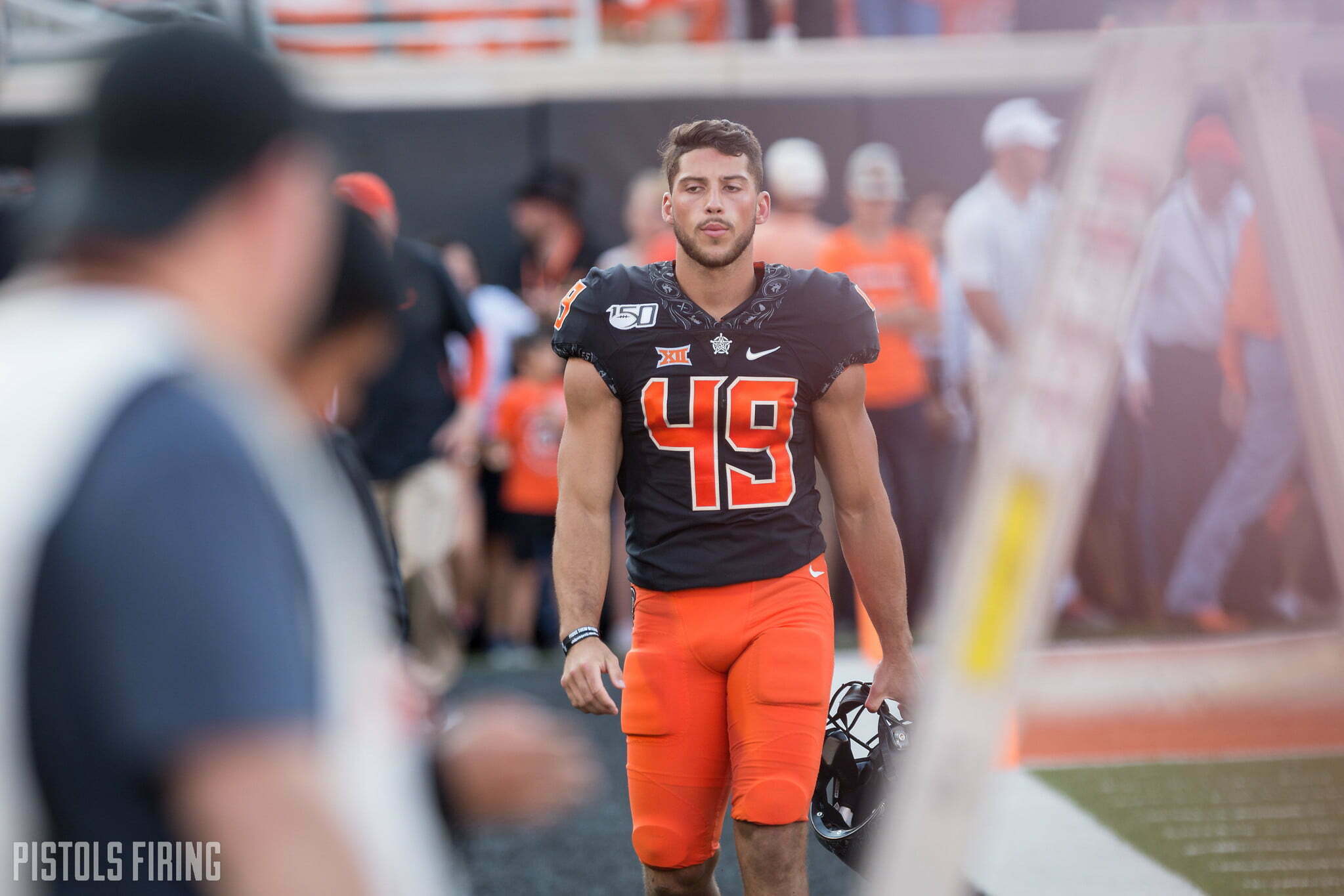 Members of the Oklahoma State football team met with the media after their practice Tuesday. Here were some of the topics discussed.

In his career, Matt Ammendola is 3-for-6 on field goal attempts against Texas Tech.

As a sophomore in 2017, Ammendola missed kicks of 22 and 18 yards in Lubbock. Last season in Stillwater, he missed a 36-yarder against the Red Raiders.

Him being 50 percent against Tech has been an outlier in his career thus far, as he made 76.9 percent of his field goals entering this year. Ammendola is 10-for-10 this season, bringing that career percentage to 80.6 percent.

That trip to Lubbock in 2017 was the first time Ammendola had kicked a field goal on the road in a Big 12 game. Now a senior, Ammendola has experience kicking in every Big 12 venue, and he said just like with any other position on the field, experience is a benefit to a kicker.

“I’m not gonna lie, the first time I was out there in front of 50,000 people, it’s a little nerve-racking and whatnot,” Ammendola said. “It’s like anything. The way I describe it to high school kids, it’s like riding a bike. Once you kinda get a feel for it, and you’re out there so often, it’s like anything. It’s like second nature now. You just gotta go out there and do it.”

2. Anthony on His First Career Start

Hunter Anthony saw his first action of college football earlier this year, but Saturday, he got thrown into the deep end.

Anthony, a redshirt freshman from Tuttle, played in the Oregon State and McNeese games earlier this year before not seeing any action against Tulsa or Texas. Then injuries up front for the Cowboys caused a reshuffle, and all of a sudden Anthony was starting his first game against Kansas State.

“I actually tried to avoid (telling my family) because I was kinda nervous,” Anthony said. “I told my brother, and he kinda told my mom.”

Anthony started at right tackle on a line that paved the way for Chuba Hubbard to run for 296 yards. Eighty-four of those yards came on one play, where Hubbard ran right behind Anthony. Anthony said that had to be the favorite play he was apart of Saturday night.

“It was just inside zone, and I picked up the scraping backer,” Anthony said. “I saw Chuba pass me, and I just kinda let go of my guy. I just watched him. I was sprinting as fast as I could, and I watch him gain like 50 yards on me. That was crazy. He’s a freak.”

OSU’s linebackers have been a welcomed surprise for the team after depth questions entering the year.

After starting the year without Devin Harper, Kevin Henry and Calvin Bundage, Harper and Henry have returned to sure up any depth questions asked of the unit.

Battling back from a foot injury that kept him out of much of fall camp, Harper made some plays against Kansas State this weekend, finishing with three total tackles and a tackle for loss.

“It was hard at first,” Harper said. “Just going from playing to being hurt and doing nothing for a couple of months. I had a good team behind and good coaching staff to push me. Coach Glass helped me get back quicker and it worked.”

It certainly helps having Harper and Henry back on the field, but Malcolm Rodriguez and Amen Ogbongbemiga held the position group down in their absences. Rodriguez and Ogbongbemiga are tied on the team with 42 total tackles each.

Ogbongbemiga leads the team in sacks and tackles for loss. After moving down from safety, Rodriguez also has two quarterback hurries and two pass breakups this season.

“Malcolm, he’s a natural,” Harper said. “He’s a ball player, and Amen is a natural too. We have a lot of people who can play. It helps a lot when you have depth.”