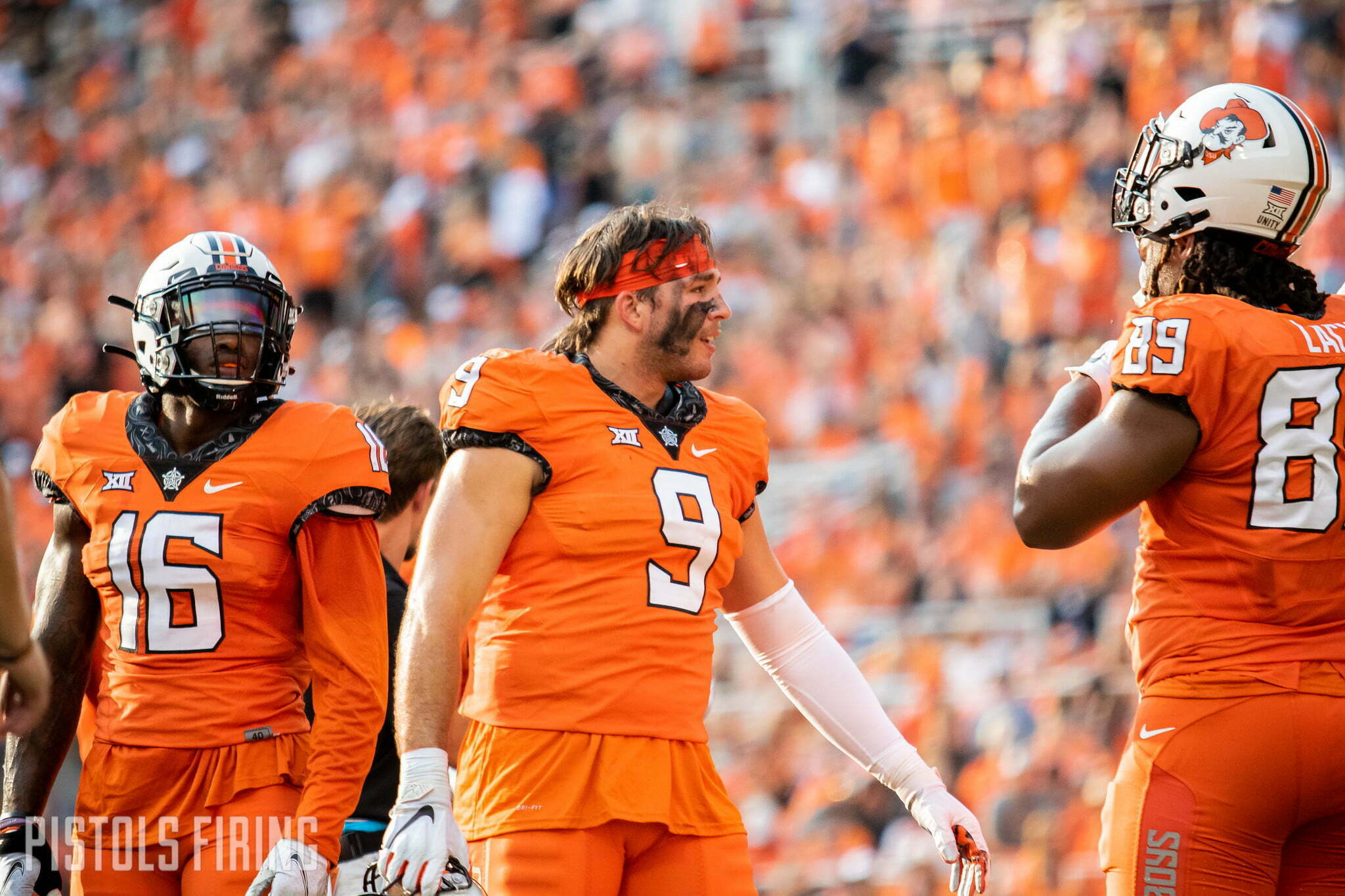 STILLWATER — The Cowboys survived a wild night in Boise to make it to Big 12 play 3-0.

Oklahoma State players met with reporters after their Tuesday practice. Here are some of what the group hit on.

Martin on Roughing the Passer Call

There were a few controversial calls at the end of the Cowboys’ bout with Boise State — one of which went against Brock Martin.

Martin was called for roughing the passer in a fourth-quarter sack that would’ve made it second-and-17 from OSU’s 35. Instead, the 15-yard penalty moved the Broncos up to OSU’s 20. Martin was still credited with a sack on the play, finishing the game with two, but it’s not often a credited sack ends in a 15-yard gain for the offense.

“The official stats did give me a sack, pretty sure because they didn’t know how to judge it,” Martin said. “They gave me a sack for it, and we won the game. It could’ve changed the game completely, but at the end of the day, we won. So, it doesn’t really matter I guess.”

Martin said when he initially saw the flag on the ground, he thought it was going to be a holding or illegal hands to the face on Boise State. Had Boise had to kick from the 35, it would have been a 52-yard field goal attempt. The eventual 36-yard attempt was still blocked.

Martin seemed at peace with the call considering it ended up not having an overarching outcome on the game, but it could’ve been a much bigger deal had Boise State’s kicker made the 36-yard try.

The Cowboy running game was a hot-button issue in the Pokes’ first two games, but OSU was able to right the ship in Boise.

After entering the game running for 2.7 yards a carry in the opening two games, OSU averaged 4.3 yards a carry against the Broncos, running for 246 yards and three touchdowns. The Cowboys’ offensive line had to shuffle a bit early in the season, but with Hunter Woodard playing his first game of the year, elder statesman Josh Sills said the game on the blue turf was a confidence booster for OSU.

The Cowboys needed it because Kansas State’s defense has given up only 54.7 rushing yards a game through its first three.

“I think it kind of gave everybody a little confidence, which is something we really need,” Sills said. “Kansas State is a heck of a defense. I think Top 15ish, somewhere right around there [No. 6], in the country as far as rushing yards (allowed) go. Having that game going into this game is huge for us. That’s a big confidence-booster, but at the same time, we’ve been putting in the work in practice. It was good to finally see that pay off for us.”

Sills and OSU center Danny Godlevske were playing to the whistle in Boise.

Each had a thunderous pancake after driving their defender away from the play. Sills said it’s a means of making themselves standout to pro scouts with the pair being redshirt seniors.

“Talking with Coach [Charlie] Dickey and Coach [Rob] Glass and Coach [Kasey] Dunn, that’s what people want to see,” Sills said. “They want to see you finish your block. They want to see you play to the whistle. So that’s something that we’ve all really tried to work on. I know everyone here wants to make it to the NFL, but unfortunately that’s not realistic. So, you have to do something to kind of set yourself apart from everyone else. We work on that every day in practice — finishing. Every single coach on our coaching staff on offense, defense they preach it — finish. So, that’s just what we were trying to do.”