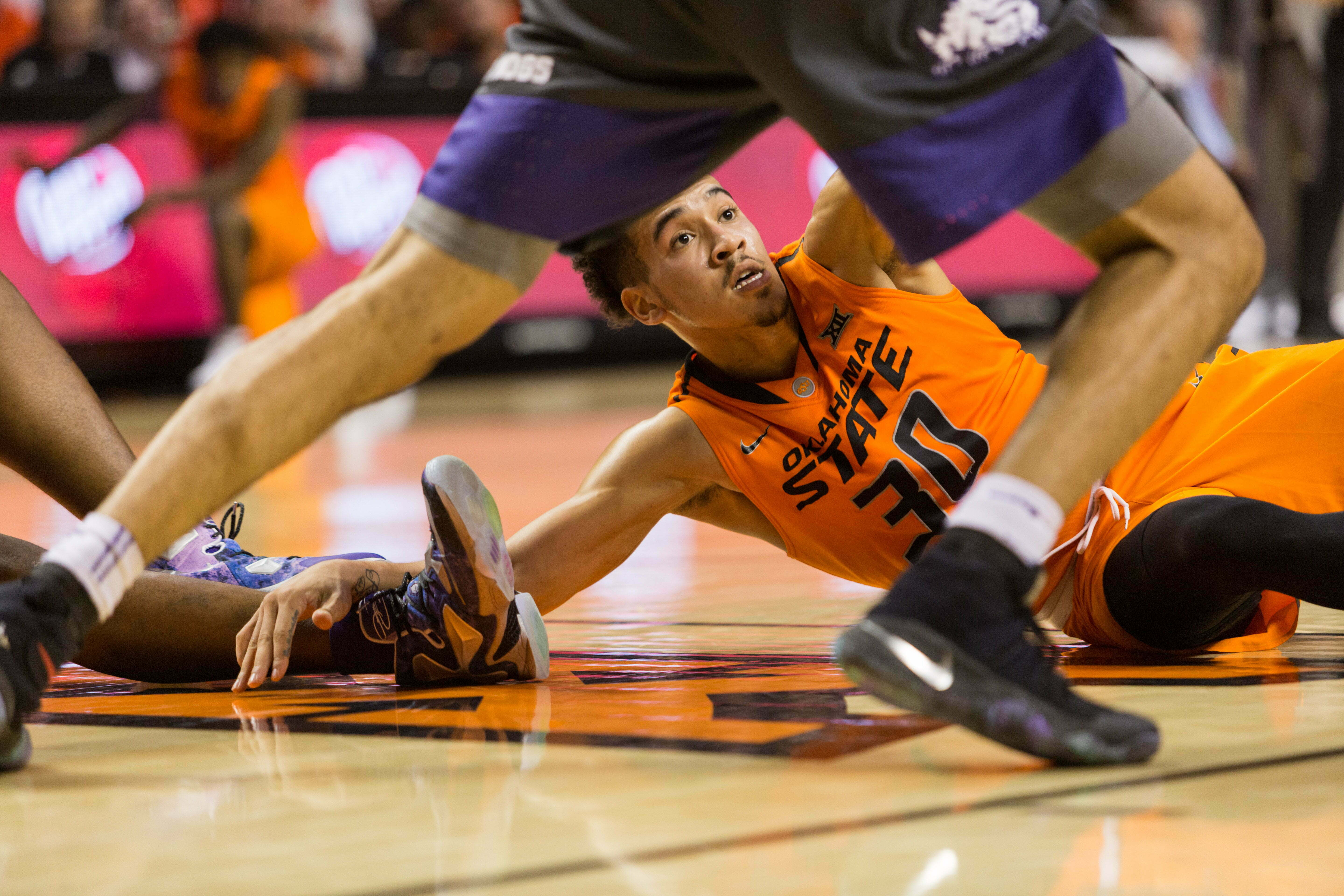 Oklahoma State took down a feisty TCU team in GIA on Monday by a score of 89-76. Let’s get right to the notebook as well as a few thoughts.

• I wonder what would happen if Davon Dillard and Cam McGriff tried to dunk on each other in practice. Besides the end of the world.

• I love the little dribble-around-the-key handoff OSU’s bigs do for its guards trying to get to the other side of the lane. I feel like it almost always accomplish what it intends to accomplish (create space). It also leads to more open back doors.

• Do you think Underwood would rather have Cam McGriff bring the ball up or Davon Dillard take a three? Which is a better possession?

• Jawun was a dude once again on Monday. Just lights out all over the court. I thought his shot selection was a little better, but he’s still taking 2-4 shots a game that I’d rather see him kick to Forte or Clip. He tries to take on bigs that he shouldn’t be taking on in moments where he needs to find the open man.

Still, tough to complain about 11/17 shooting (although I am). He also had eight dimes and one turnover. Just easily the best player on the floor all night.

• Oklahoma State only had seven turnovers. That’s a big deal. TCU had 12. The Cowboys didn’t rebound like they usually do (only 19 percent of misses), but TCU is a good rebounding team. The Pokes got stops when they needed them, namely down the stretch in the second half, so their inability to get up more field goal attempts than the Horned Frogs (61-59) was rendered moot.

• I think Forte is a little bit of an underrated driver (although he’s a terrible finisher).

• TCU has now out-rebounded 16 of 20 teams it has played. It clipped OSU 35-30 on Monday which is closer than a lot of teams have gotten. Speaking of TCI, I never thought I’d be this excited about whipping TCU at home in basketball.

• Evans was two for his last 13 coming into the game from three-point range so finishing 2-4 had to feel more like 9-10.

• It really feels like Solomon is playing with more confidence on the offensive end. I don’t know that that’s a season-changer for OSU, but it certainly doesn’t hurt.

• OSU flipped the way its first six Big 12 games were played in the last two — it was their own team that was more assertive early and held teams off late. Unless you’re playing a one-possession game in this league, it is so, so difficult to overcome a healthy second half lead. You just expend so much energy clawing back to get in the game that it’s tough to close (especially on the road).

• Clip’s reaction on the Dillard tip dunk was everything.

When ya boy asks the prettiest girl in school to the Homecoming dance in front of the whole student body at lunch and she says yes. pic.twitter.com/gsFSvfRPni

• The help defense was stunning at times. I’m excited to see it when they get some more athletic big men.

• I love Averette — he might be my new Markel.

• I’m with Carson Cunningham on this one, Underwood needs a technical foul at some point this season. He needs to do it at the right time and make it count. If he needs something to really get him charged up, I can text him some videos of the way my kids act at bedtime.

• Hammonds won’t get credit for it, but he’s been a dog on the boards the last few games. He had six again on Monday night and hit all of his free throws. Stay in your lane. I love it.

• OSU never trailed in this game. It really did feel like they dominated throughout, although it didn’t show up on the scoreboard until late in the evening.

• Jawun is an elite passer. Elite! So good that he has a couple handfuls worth of turnovers this season simply because his teammates had no idea the ball was coming.

Here is the Evans pass from every angle. Spectacular. pic.twitter.com/uLmecPe95x

• Carroll had his fifth career double-double, but his streak of 20-point games ended at four. He was the first Cowboy to post four straight 20-point games since James Anderson in 2008-09.