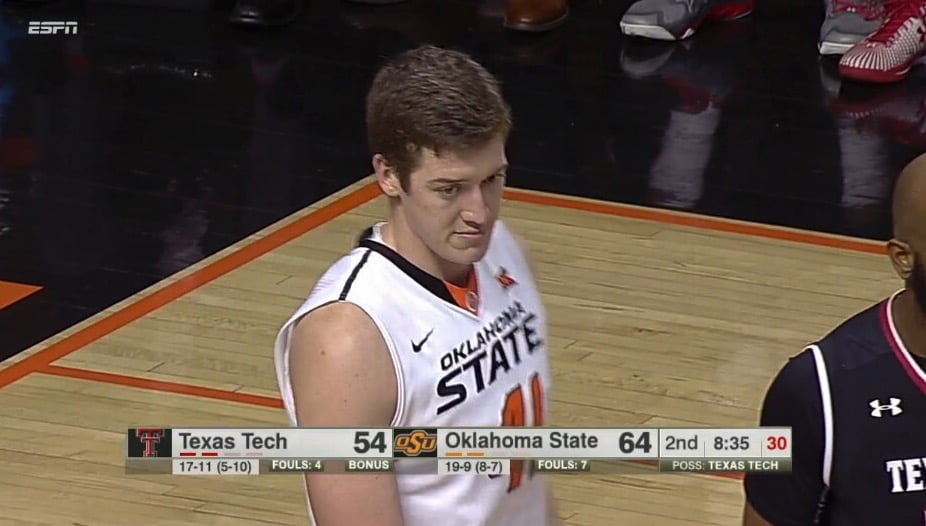 After getting off to a hot start from deep and building an 18-point first half lead, the Cowboys uglied it up and allowed Texas Tech to climb back in it. But once again, crunch-time Jawun took over and the Cowboys cruised past Tech late.

Let’s get into the notebook.

• Texas Tech came in 1-4 in their last five games but that’s a bit deceiving. Three of those loses were to Kansas, West Virginia and Iowa State by a combined 13 points — including a double-overtime loss to the Mountaineers. Their win was over Baylor.

• The Cowboys started this impressive 11-game stretch with a win in Lubbock. They are 10-1 since. What a difference a month makes.

• The Cowboys entered the game ranked No. 1 in adjusted offensive efficiency but the Red Raiders are no slouch on offense. The come in at No. 34 per KenPom, which is sixth in the conference. How good is the Big 12?

• Dillard continued his hot shooting from beyond the arc making his first two shots from 3. He finished with an ultra-efficient 12 points on 3-of-4 (2-2 from 3) and knocked down all four of his free throws.

• OSU is No. 6 in free throw percentage after Saturday’s perfect 22-of-22 from the line. What a luxury to have if you’re Brad Underwood. The Cowboys outscored the Raiders by 11 from the charity stripe. That 22-22, by the way, is the best performance in school history.

• On a whole, the Cowboys made six of their first 12 from 3, helping them to a double-digit lead about halfway through the first half. And, oh yeah. Phil Forte started 4-of-5 from 3 himself.

• Foul trouble looked like it was going to be an issue with Jawun Evans, Brandon Averette and Jeffrey Carroll each collecting two fouls in the first half. I thought Underwood handled it very well. Even when Solomon picked up his fourth foul and had to come out, the first-year head coach was almost masterful in his substitutions.

• On that note, we’ve talked about how much this team has improved over the year. We’ve talked about the Jeffrey Carroll’s and Davon Dillard’s and even Leyton Hammonds’. But I think Brad Underwood has improved as well. Not that he was deficient in any specific thing, but starting with the big defensive change a month ago and just the way he is able to adjust on the fly. Maybe it’s more trust between he and the players, but he’s coaching with Dizzy-level swagger.

• OSU came out a little flat and sloppy after the break. The Red Raiders started out 5-0 and continued to a 9-2 start. By about the midway mark of the second half, they had pulled within 7. In that stretch OSU was 0-for-1 from 3 (after going 8-16 in the first) before Brandon Averette sunk one at the shot clock buzzer to put OSU back up double digits.

• Jawun Evans did not play his best game by any stretch of the imagination. But when the chips were down and with Tech knocking on the door of a 7-point deficit, he did what Jawun does. He scored six-straight points and 9 of the Cowboys’ next 13 to put the game out of reach.

Wow. Chris Beard begins his postgame news conference by saying he thinks #okstate is one of the top two teams in the Big 12.

That’s strong praise from Chris Beard, but I don’t think he’s crazy. They’re 1-1 against West Virginia and 0-1 against KU. I guess we’ll find out one week from today where they belong in the Big 12 hierarchy.

• The Cowboys are no two games over .500 in Big 12 play… They will not end with a losing conference record in 2017. That ends a five-year streak.

• Mitchell Solomon has made 29 of his last 31 attempts from the free throw line, and is shooting 84.6 percent in Big 12 Conference play. That mark would rank third in the league if he had enough attempts.

With a trip to Ames on Wednesday and home finale against KU, the Cowboys wrap up their season. At this point 1-1 is great, 0-2 is fine. But heck, let’s go for 2-0. I have a feeling this will be one of the more enjoyable Big 12 tournaments in some time.