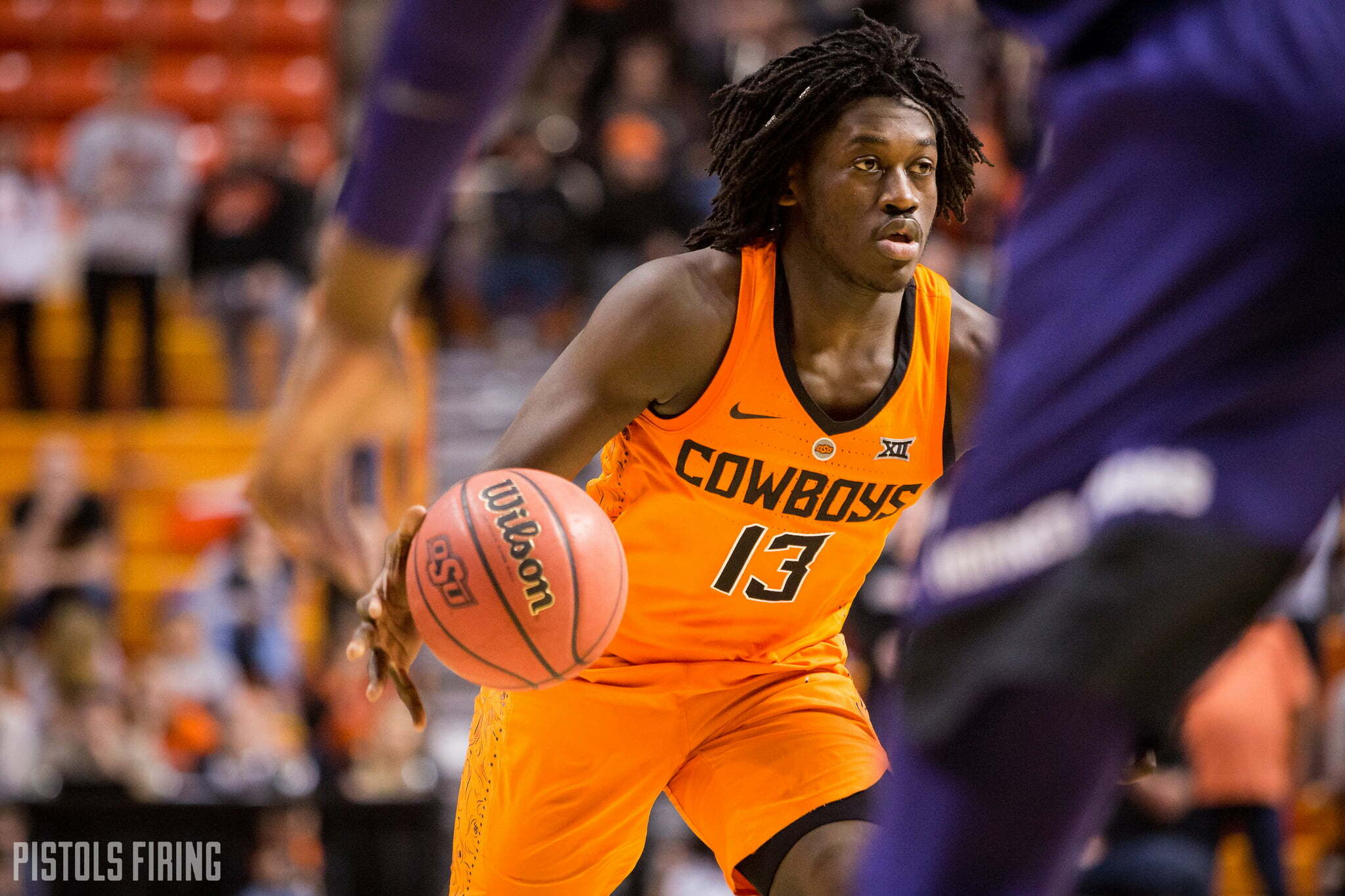 You can watch full interviews here, but here are some written highlights.

When Kansas State hosts the Cowboys on Saturday, the Wildcats will have a lot to play for.

With five games left, the K-State is on top of the Big 12 standings, looking to dethrone its in-state rival Kansas from a 15th straight regular season title.

On the surface, the Cowboys don’t have a lot to play for. At this point, they would likely have to win the Big 12 Tournament to play postseason basketball, a task that’s unlikely given the Cowboys have already lost 10 games to conference opponents. OSU has the future to play for. The team loses no one to graduation after the season, so every time the Pokes take the floor is experienced gained for next year’s team. Although that might not seem like a lot, Isaac Likekele said there’s plenty to keep the Cowboys going.

“It’s us that keep each other motivated,” Likekele said. “Just looking at us, coming in the gym every day, working out, we owe ourselves something. We shouldn’t quit on ourselves or quit on the university. We owe it to the university to go out there and play as hard as we can every night, just as if we were sitting at the top of the league or even in the middle competing for an at-large bid. At the end of the day, you still gotta go out there and compete.”

Snow Day with the Cowboys

After OSU’s 68-61 win against TCU, two things Mike Boynton said he told his players were that they didn’t have practice Tuesday, but they need to go to class.

That soon turned into just not having practice because school was canceled because of incoming weather. With his free time, Thomas Dziagwa said he went in for treatment and spent the rest of the day watching movies, but not really watching movies.

Isaac Likekele said he came into GIA to hop in an ice bath and get some shots up before he too went back home to watch Netflix. Likekele said he doesn’t too often watch movies on Netflix, but he has been watching the TV series “Scandal.”

Saturday, Isaac Likekele will match up with Kansas State senior Barry Brown for the second time.

In their first meeting, Brown scored 18 points off 55-percent shooting en route to the Wildcats’ 75-57 stroll through Gallagher-Iba Arena. What did the freshman learn of the upperclassmen in his first encounter?

“He can get it going fast, real fast” Likekele said. “It’s a difference to be watching it, and then whenever you’re actually out there on the court, and he can really get it going. He has a great motor, all three levels.”

It’s not the first rematch Likekele has had this season as he is getting used to his Big 12 opponents, but he said the second time is usually a little less steep in terms of learning curve.

“The second time, you just feel like you’re more acclimated,” Likekele said. “… After the first time, I see his tendencies. Really just watching film on it, and you just get used to it after a while.”