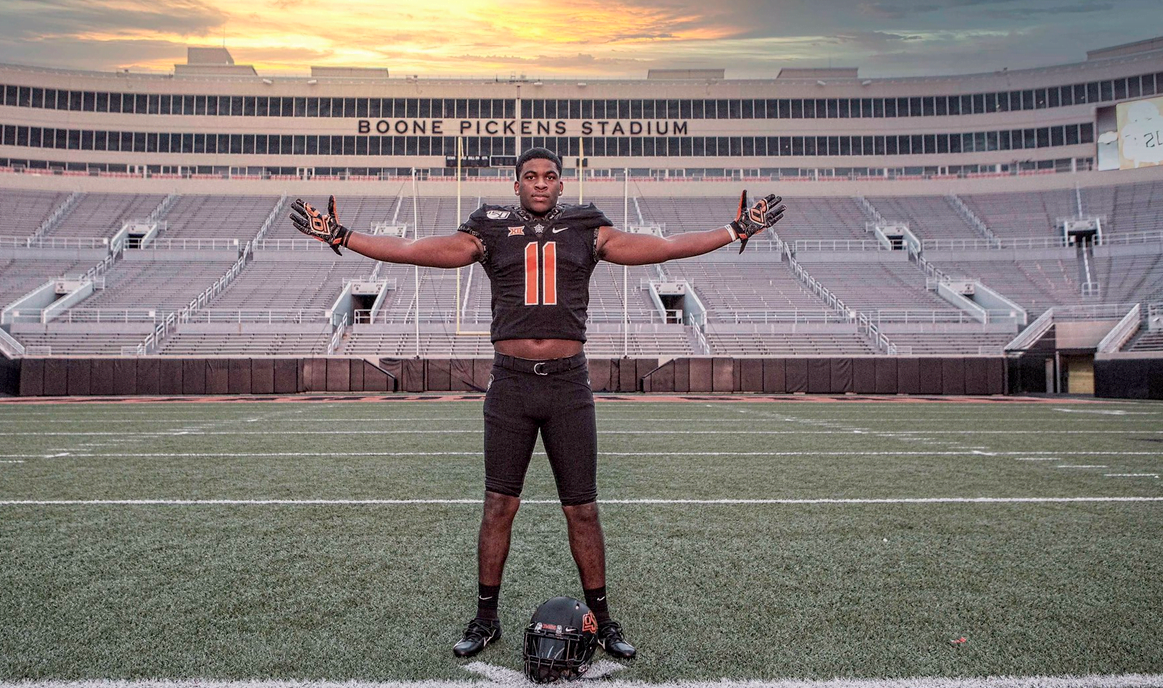 Sometimes drama on signing day can be a good thing. Other times, not so much. The absence of it for Oklahoma State on Wednesday, though, falls in the former category as the Pokes signed three recruits they expected to sign and lost no last-second flips along the way.

Here’s a recap of what went down and what to know about who signed.

A 6-foot-4 quarterback, Bullock hails from Winter Park, Florida, but comes to Oklahoma State via City College of San Francisco. Not exactly a recruiting hotbed! Bullock started his college career by redshirting at South Dakota State before jumping to junior college.

In junior college, Bullock started most of 2019 as a redshirt sophomore, completing 113 of 192 pass attempts in nine games. He threw 15 touchdowns and amassed 1,468 passing yards, adding 50 rushing yards and three rushing scores.

Bullock is the second QB signee of OSU’s 2020 class joining high school prospect Shane Illingworth, who before Bullock’s commitment/signing, was being penciled in as the No. 2 behind Spencer Sanders entering next season.

I suspect given Bullock’s experience and Illingworth’s long-term potential, the plan is for Bullock to handle No. 2 duties and free up Illingworth to redshirt, mature and grow in the system for a year before taking on a larger role. Bullock has two years of eligibility remaining and figures to keep the tradition of QB2s at OSU having arm tats and more swagger than Sunshine from “Remember the Titans.” I don’t hate it.

Another junior college addition, this time from Iowa Central Community College. Bishop gives OSU an experienced linebacker to add to the 2020 roster having played two years out of high school. He earned all-region honors during his time at that level. Prior to junior college, he played at Hillcrest High School in Illinois. ESPN evaluated him as the No. 5 inside linebacker of the class at the junior college level.

Bishop is the lowest-rated signee of OSU’s entire 2020 class, and one of four linebacker additions to the class (one of four also listed as inside backers). He joins Jeff Roberson, Cole Thompson and Mason Cobb, all three of whom are coming out of the high school ranks. The experience should help give him a leg up to compete for a job early.

A three-star cornerback from DeSoto, Muhammad committed to Oklahoma State in April of 2018 (!) and never wavered in his commitment. When he didn’t sign in the early period in December, some folks thought he may be considering a flip, but he held out and stuck with Oklahoma State to give it a much-needed cornerback it worked hard to retain.

Muhammad joins Korie Black and Jordan Reagan as signees at corner in this class. With AJ Green, Kemah Siverand and Bryce Balous on their way out, he’ll have a chance to compete for a spot in the rotation early in his career at OSU.