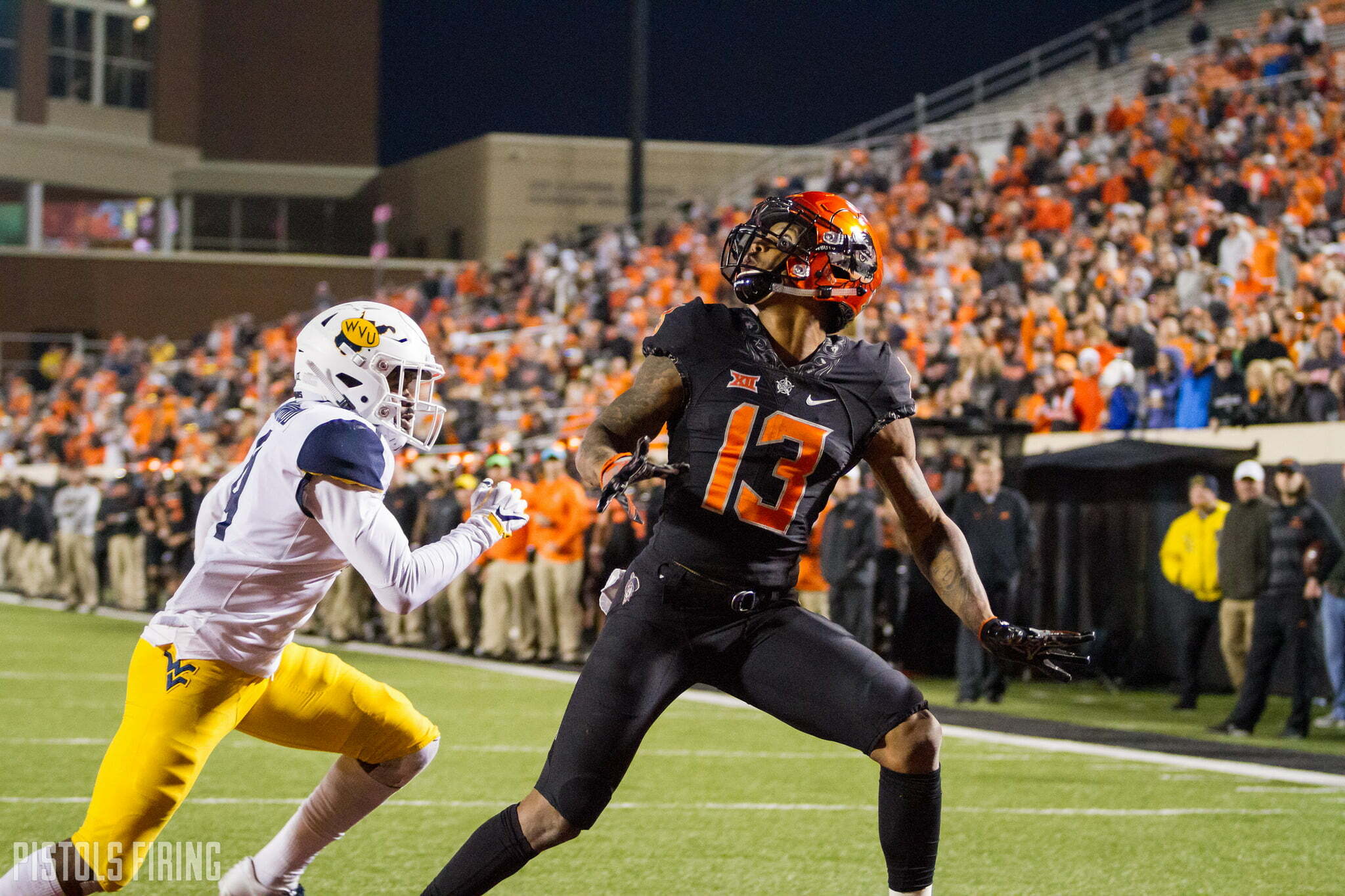 Gary Patterson is known for having solid defenses year in and year out at TCU. Although they’ve had a rough season as a team, the defense has still done pretty well despite multiple injuries experienced throughout the year.

Patterson’s coverage schemes call for the safeties to be key pieces in run support. This means that on most plays, the Horned Frog cornerbacks won’t have any help on the outside. 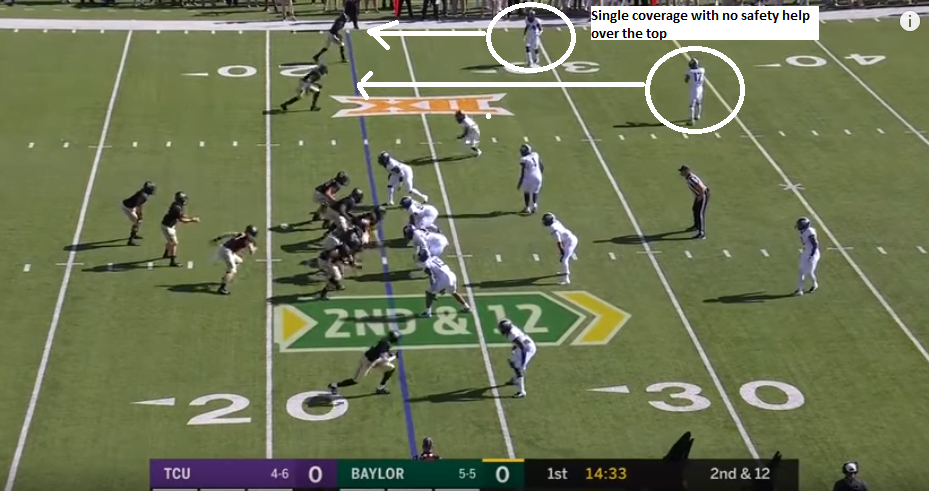 The coverage calls are mostly zone, but since they are a “pattern-matching” zone, it’s almost more like man coverage as the defensive backs will matchup with the receivers based on the routes they run.

One way teams have been able to exploit TCU’s defense this season is with the deep ball over the top to the single-covered receiver, as we see below in this clip from the West Virginia game.

Ohio State displays how they exploited it in this next video as well.

The Pokes were able to take advantage of this last season against TCU on several occasions as we see here on this pass from Mason Rudolph to Jalen McCleskey off a double move up the sideline.

Cowboy quarterback Taylor Cornelius has been much better on his deep ball in recent weeks than he was earlier in the season, and I think OSU will need to look to strike early against this defense on the deep pass. I expect there to be multiple times throughout the game where Tylan Wallace or Tyron Johnson are in single coverage situations, and Oklahoma State should be able to bust a fair amount of big plays against he Frogs.

I still expect Cowboys to have a balanced attack and try to establish the run early, but TCU has been hurt with long plays pretty much all season.